Reeves is returning to his iconic "Matrix" role in a fourth installment to be directed by Lana Wachowski. 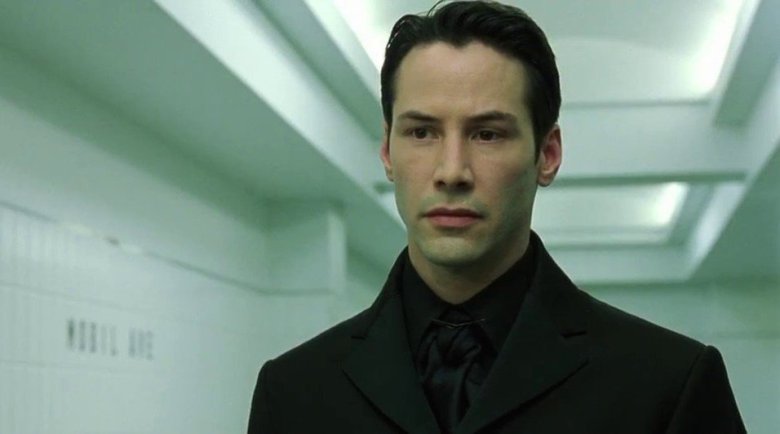 In news that should come as no surprise to fans of both “The Matrix” film franchise and the movies directed by the Wachowski siblings, the upcoming fourth “Matrix” installment is going to be “very ambitious.” Keanu Reeves told Entertainment Tonight that he has read Lana Wachowski’s script for “Matrix 4” and it’s an ambitious narrative. “As it should be,” said Reeves, who added he’s “excited” by what Wachowski has planned for his iconic Neo. Wachowksi’s script is being co-written by Aleksandar Hemon and David Mitchell.

Warner Bros. announced August 20 that a fourth “Matrix” movie was officially being developed at the studio with original co-director Lana Wachowski heavily involved as director and co-writer. Rumors of the studio rebooting “The Matrix” had been circulating for some time (Michael B. Jordan was even rumored to be a top choice for a leading role), but Lilly Wachowski downplayed her return while speaking to press at the TCAs in August. Wachowski, who is working on the new Showtime series “Work in Progress,” said she would be too busy to make time for another “Matrix” movie. Clearly the writer-director was just playing coy.

“We could not be more excited to be re-entering ‘The Matrix’ with Lana,” Warner Bros. Picture Group chairman Toby Emmerich said when announcing the next “Matrix” movie. “Lana is a true visionary — a singular and original creative filmmaker — and we are thrilled that she is writing, directing and producing this new chapter in ‘The Matrix’ universe.”

Not only is Reeves returning to play Neo, but his co-star Carrie-Anne Moss is also coming back to the franchise to play her popular character Trinity. Both actors starred in the first three “Matrix” movies, all written and directed by Lana and Lilly Wachowski. Lana went on to create and direct the Netflix series “Sense 8.” The fourth “Matrix” movie will be Lana’s first film project since the siblings directed 2015’s “Jupiter Ascending.”

For Reeves, “The Matrix 4” is gearing up for production at a time of a career resurgence. The “John Wick” franchise has brought the actor back into the action movie spotlight (the third installment grossed $170 million in the U.S. over the summer), while he also received praise this year for supporting turns in “Toy Story 4” and “Always Be My Maybe.” Production on the next “Matrix” movie is expected to begin in early 2020.

This Article is related to: Film and tagged Keanu Reeves, The Matrix