Portman finally puts an end to "Lucy in the Sky" diapergate, revealing why that one obsessed-over detail of astronaut Lisa Nowak's lurid story was not part of Noah Hawley's film. 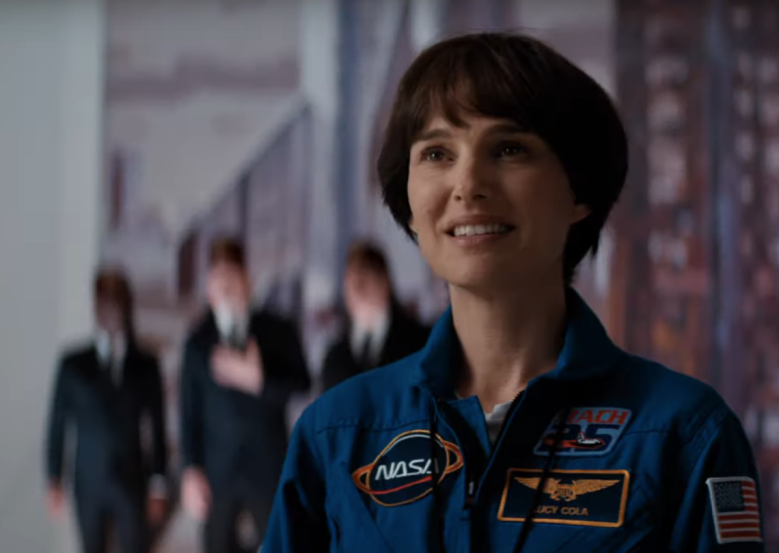 The most talked-about element of Noah Hawley’s astronaut drama “Lucy in the Sky” is the one thing that’s not in the movie. The film, which opens October 4 from Fox Searchlight, recreates the tawdry tabloid story of Lisa Nowak, the NASA astronaut who, in 2007, drove from Houston to Orlando armed with latex gloves, a black wig, a BB gun, pepper spray, and a grudge to chase down her ex-lover’s rebound at an airport. It was alleged that Nowak wore a NASA-grade diaper on her journey, a claim that Nowak later denied.

There’s no diaper to be found in “Lucy in the Sky,” an ambitious but uneven nosedive into a woman’s shattering psyche, led by Natalie Portman in a mop-top and with shaky Southern drawl as Nowak stand-in Lucy Cola. Portman recently put the kibosh on “Lucy in the Sky” diapergate in a new interview with the Los Angeles Times, while also remaining open to the possibility of revisiting diapers onscreen in her future.

“It was an interesting detail, because it was something that seemed so radical to all of us listening to it,” Portman told the Los Angeles Times. “But actually it’s part of an astronaut’s life. They wear diapers the whole time because that’s what you do in space. It’s not like it would be an unusual choice. It seems a lot nuttier if that’s not something you do every day. But I guess I still have a diaper movie in my future to fulfill everyone’s expectations.”

At the film’s LA premiere, Hawley expressed sympathy for the plight of Nowak, who was stripped of her NASA credentials in the wake of the attempted attack. “At the end of the day, her punishment was she lost the thing she cared about the most,” he said, adding that the diaper element would be a cruelly unneeded icing on an already unsavory cake. “We don’t need to also punish her by humiliating her.”

While early versions of the screenplay did, in fact, contain mentions of the diaper, Hawley told the Los Angeles Times that including the particulars of Nowak’s experience was a legal issue. “There weren’t life rights that had been optioned. So the mission was never to tell the actual story. The fact that I was interested in a more fictionalized version of it was helpful, on some level, because you can get into legal issues in telling someone’s life story,” he said.

This Article is related to: Film and tagged Lucy in the Sky, Natalie Portman, Noah Hawley