Based on a true story, this frustrating debut feature fails to explore the inner life of an astronaut who couldn't adjust to life on Earth. 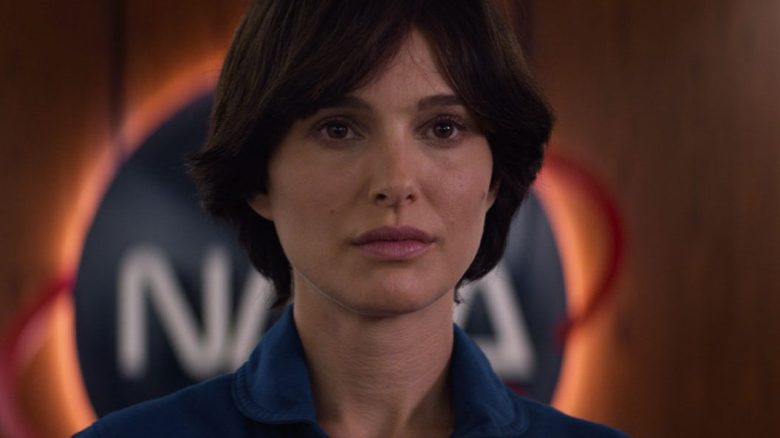 Going into outer space literally changes a person. Your muscles atrophy. Your bones deteriorate. One NASA study even found that prolonged time in the cosmos can alter the telomeres at the end of your DNA. Some of these effects are temporary, while others are obviously more permanent. Those of the mental variety tend to fall into the latter category. It’s a tricky thing to measure, but your mind cannot be un-blown; looking down at the Earth like it’s a marble in your hand isn’t a perspective people lose. It’s hard to imagine how differently someone might see the world after they’ve looked at it from a god’s-eye view — how someone could float amongst the stars one day, and eat dinner at Applebee’s the next. Noah Hawley’s “Lucy in the Sky” spends two full hours trying to do just that, and it understandably comes up short.

As narrow as the universe is wide, this dull, sanitized dramatization of history’s tawdriest astronaut scandal has absolutely no idea how touching the heavens might transform a person — it only knows that it does. When Lucy Cola (character names have been changed from their real-life counterparts) goes to space for the first time, she’s overcome by the beauty that stretches before her. The first moments of the movie find Lucy drunk with awe as a knowing grin stretches across her face. This is what she’s waited her entire life to see; this is what made her escape from a broken family, become the very best at everything that she ever did, and put up with who knows how much misogyny on her way to busting through the boys’ club at NASA.

And then, as she’s yanked back to the shuttle, Lucy’s smile fades. It’s not just that she has to stop looking, it’s that she’s already seen too much. “Everyone you know,” she says via voiceover, “everyone you could ever know. On a tiny blue ball. Floating in nothing.” That’s it. That’s all there is. And as soon as she touches down on terra firma, Lucy’s world begins to feel smaller. Her lovingly square husband (Dan Stevens, whose mustached beta nerd is a pocket protector away from being one of Screech’s friends on “Saved by the Bell”) seems even less scintillating than he did when she left, and the Moon might as well be taunting her every time that it rises in the night sky.

The walls of Lucy’s existence are literally shrinking, as Hawley shrinks the frame down from 5:3 widescreen to the boxier, claustrophobic 4:3 Academy ratio as the film’s heroine resettles into suburban life. The screen widens whenever Lucy participates in training exercises as part of her tryout for another mission, and it constrains whenever she visits her indomitable grandmother (an amusingly uncouth Ellen Burstyn, who refers to Lucy as “fucker”) or sits across the dinner table from her husband. Sometimes the image is just a thin slit of color, and sometimes it widens to fill up the entire screen. Hawley, whose corkscrew approach to human psychology made his “Fargo” TV series an improbable hit, leans on this trick so much during the film’s relatively lucid first act that it starts to feel as though the projector itself is growing and shrinking like a pupil reacting to light.

It’s the most compelling thing about “Lucy in the Sky” — a curious and unexpected wrinkle in a movie that sands off most of the dark humanity from the story that inspired it — and it’s also the most glaring example of why the film is a failure. On one hand, the shifting aspect ratios allow Hawley to see inside Lucy’s head and get a clear sense of what’s clouding it; it’s telling that the screen expands when she blows up some fireworks on her front lawn, but not when she first has sex with an almost sarcastically handsome fellow space cadet who seems determined to bone every woman who’s ever gone into the stratosphere (Jon Hamm is the perfect hunk to play Mark Goodwin, a man who Burstyn’s character describes as “a divorced action figure who lives to go fast”). Lucy wants that “astronaut dick” (again, her grandmother’s words), but those black vertical bars on either side of their afternoon tryst tell us that her affair with Mark isn’t enough to fill the void that her out-of- this-world experience left behind. Hawley’s big idea is clever for how it makes us feel as though we’ve been let in on a secret that Lucy doesn’t even know she’s keeping. 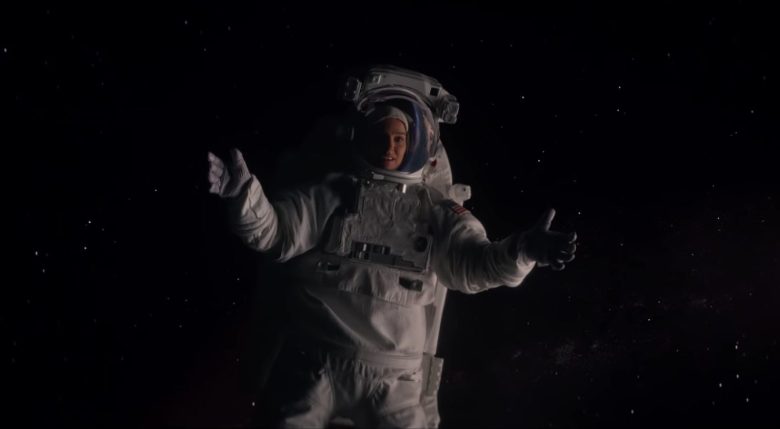 On the other hand, the aspect ratios are so unambiguously expressive of Lucy’s mindset that Portman doesn’t have all that much to add. Her deep-fried accent, bob cut, and no-bullshit stride make her performance feel like an empty but loving homage to Holly Hunter in “Broadcast News,” and the script gives her a few different shades of dislocation with precious little nuance between them.

At first, it seems as if the screen is pinching the limits of who Lucy can be. When Lucy’s rivalry with a fellow astronaut (Zazie Beetz) spurs her competitive streak, rattling her superiors, it becomes apparent that the incuriousness of Hawley’s screenplay is what makes it possible for the screen to frequently switch sizes. This is a story told in maddeningly broad modes, and the film’s big creative gambit traps us until Lucy herself becomes more finite than the planet she’s desperate to leave.

“Lucy in the Sky” only circles the drain as the butter starts to slide off Lucy’s bread knife, saturating the movie with painful metaphors of personal change (e.g. a butterfly chrysalis that hatches wasps) and a preponderance of stylized top-down shots that triple-underline the scale of Lucy’s life. Portman knows how to spiral as well as any actress alive — it’s what won her Oscar — but there isn’t enough substance to drill out of this character. A thuddeningly useless cover version of “Lucy in the Sky with Diamonds” is layered over a montage that tells us more of what we already know (the song is all slowed down and emotive, like it got lost on the way to the movie’s trailer), while a renewed focus on Lucy’s niece (Pearl Amanda Dickson) finds the film leaning on a character that should never have been invented in the first place.

The totally unmoored third act is full of halfhearted gestures toward sexism and the way that gender is often weaponized against women who defy its norms, but at that point it just feels as if Lucy and the film around her are both grasping for something — anything — to justify what they’ve done. A Lisa Nowack movie without diapers is like a Neil Armstrong movie without the moon, but the most frustrating thing about Hawley’s telling isn’t that it sidesteps the dirty truth, but rather that it doesn’t create one of its own.

“Lucy in the Sky” premiered at the 2019 Toronto International Film Festival. Fox Searchlight will release it in theaters on October 4.

This Article is related to: Film, Reviews and tagged Lucy in the Sky, Natalie Portman, Reviews, TIFF