The "Black Panther" stars reunite — with Gurira writing and showrunning — in this long-gestating project. 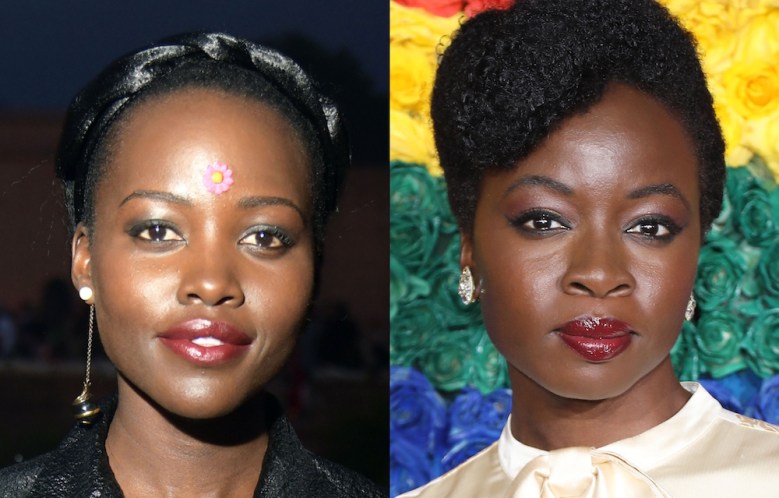 “Americanah” is finally coming to life — as a limited series. Friday afternoon HBO Max announced a straight-to-series order for a 10-episode adaptation of Chimamanda Ngozi Adichie’s novel, with Danai Gurira (“Black Panther,” “The Walking Dead”) attached to write the pilot and serve as showrunner. Lupita Nyong’o, who starred with Gurira in “Black Panther,” will play the lead, Ifemelu.

“Through ‘Americanah,’ Chimamanda brought the African female voice into mainstream consciousness in an unprecedented way,” Gurira said in a statement. “It is intellectually incisive, indicting, yet full of humor, and riddled with humanity. She makes unheard voices familiar, universal and yet palpably specific. I am honored to bring her incredible novel to life on the screen. I’m thrilled to collaborate once again with Lupita, who brings her astounding ability as a performer and producer shepherding this project, along with HBO MAX’s unbridled enthusiasm to bring this groundbreaking narrative to the TV audience.”

“‘Americanah’ has been a passion project for me since I read Chimamanda’s beautiful novel in 2013,” Nyong’o said in the statement. “It’s a tale that is simultaneously timely and timeless. HBO Max is the perfect partner to bring this profound and celebrated story to life, and I’m thrilled that Danai will bring to the project her intelligence, wit, and understanding of the stories and the worlds of ‘Americanah.'”

Nyong’o has been trying to put this project together since the novel’s release. Originally conceived as an independent film co-starring David Oyelowo, the series will retain its original production company, Brad Pitt’s Plan B, while Nyong’o will serve as an executive producer through her banner, Eba Productions. Gurira will also executive produce, alongside Andrea Calderwood (“Generation Kill”) for Potboiler Television, Didi Rea and Danielle Del for D2 Productions, and Nancy Won (“Jessica Jones”).

Per HBO Max’s official synopsis, “Americanah” tells the story of Ifemelu (Nyong’o), a young, beautiful, self-assured woman raised in Nigeria, who as a teenager falls in love with her classmate Obinze. Living in a military-ruled country, they each depart for the west, with Ifemelu heading for America, where, despite her academic success, she is forced to grapple for the first time with what it means to be black. Quiet, thoughtful Obinze had hoped to join her, but with post-9/11 America closed to him, he instead plunges into a dangerous undocumented life in London. A highly lauded tale that has become a leader in the cultural conversation, “Americanah” is an incredible exploration of the human experience that crosses three continents to give an empathetic, compelling view of the complex realities of race, politics, immigration and identity.

“‘Americanah’ has sparked a cultural phenomenon and is revered by fans around the world,” said Sarah Aubrey, head of original content, HBO Max. “It has affected me deeply as one of the most moving, socially relevant and romantic stories of our time. With exceptional talent like Lupita and Danai in front of and behind the camera, this series will give viewers a uniquely heartfelt and unforgettable experience.”

In preparation for its spring 2020 launch, HBO Max has been busy greenlighting a slew of original series and films. In July, the streaming division of WarnerMedia announced a reboot of “Gossip Girl,” and followed up that news in August by reuniting Steven Soderbergh and Meryl Streep post-“The Laundromat” for the original film, “Let Them All Talk.” This is in addition to a “Practical Magic” prequel, an Anna Kendrick comedy, Michael McKean’s comedy pilot, and Destin Daniel Cretton’s 10-episode first season of “Tokyo Vice.” Of course, HBO Max will also be the exclusive new home of “Friends,” along with all of WarnerMedia’s branded content, including HBO, TNT, TBS, and more.