"Game of Thrones" is still in control after the Creative Arts Awards, but there may be actual surprises in the Comedy and Limited Series races.

By Ben Travers and Libby Hill 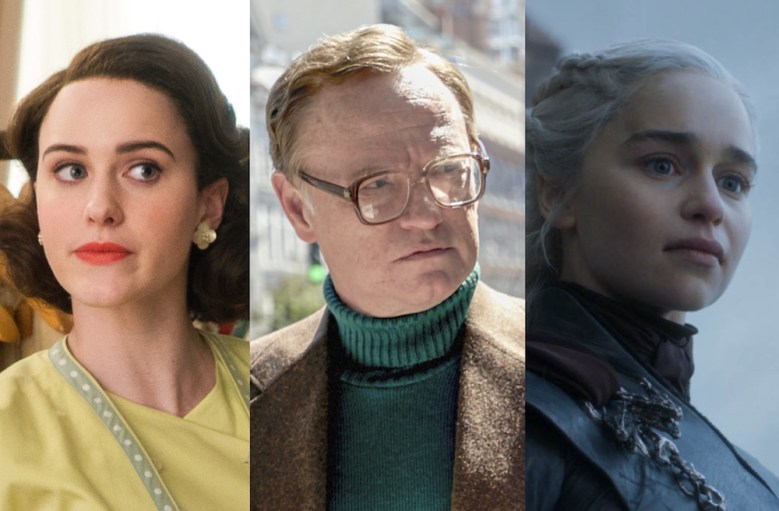 “The Marvelous Mrs. Maisel,” “Chernobyl,” and “Game of Thrones”

After months of speculation over what series have the edge in the Comedy and Limited Series races, this past weekend’s Creative Arts Emmys shed a little light on the most contentious categories. Amazon’s “The Marvelous Mrs. Maisel” took home six trophies to lead all Comedy nominees, while HBO’s “Chernobyl” took home seven Emmys, more than doubling up the next highest Limited Series contender (“Fosse/Verdon” with three).

Meanwhile, “Game of Thrones” performed as expected: taking home 10 Emmys and setting itself up to break the record for most trophies won by a single season at the Primetime Emmys. That record — 12 wins — is already owned by “Game of Thrones,” which set the benchmark for its fifth season (honored in 2015).

Speaking of Sunday’s ceremony (airing on Fox at 8 p.m. ET), what do these early wins mean for the Primetime picks? Is “The Marvelous Mrs. Maisel” assured the Comedy throne? Is there still a possibility for upsets in the biggest categories? Can anything stop “Chernobyl”? What about “When They See Us”? Is “Game of Thrones” a lock for Outstanding Drama Series, and the single-season record? OK, those last two questions can be answered quickly: Yes and yes. But the rest take a bit more unpacking — including whether or not people are eager to watch 2019’s batch of Emmy winners, whoever they are — so let’s dig in.

“The Marvelous Mrs. Maisel” vs. “Veep”

Much like last year’s much-hyped showdown between two defending Drama champions (“Game of Thrones” vs. “The Handmaid’s Tale”), one of the most enticing races at this year’s Emmys is Amazon’s 2018 Comedy champ (“Maisel”) squaring off against HBO’s 2015, 2016, and 2017 victor in “Veep.”

But if the Creative Arts Awards are any indicator, the 2019 title is already engraved. “The Marvelous Mrs. Maisel” won six Emmys Sunday night, snagging key upsets in Guest Actress (Jane Lynch, making it two years in a row) and Guest Actor (Luke Kirby, toppling four famous “SNL” hosts and Peter MacNicol). “Maisel” also won Outstanding Cinematography over “Game of Thrones” and “The Handmaid’s Tale,” and beat “Chernobyl” for Best Period Costumes. Clearly, it’s popular even outside of the Comedy category.

“Maisel” won twice as many Creative Arts Emmys this year as it did last year, which follows suit after Amazon’s all-star upped its total nominations from 14 to 20 over the same period. “Veep,” meanwhile, won zero Emmys out of four tries. In 2017, it won three Creative Arts Awards en route to a Best Comedy Series win, though it won just one (for Casting) in its other two Best Comedy seasons.

That means there are five trophies left for “Veep” to vie for come Sunday, including what’s widely considered to be a lock for Julia Louis-Dreyfus in Best Actress. It could still make a run in its final season, especially considering the hourlong “Maisel” is always at an advantage for its technical prowess — its period costumes, production design, hairstyling, and plenty more cater to Emmy voters’ long-held preferences in a way “Veep” never could. But when push comes to shove, is there enough love left for “Veep” to take home the Best Comedy trophy? 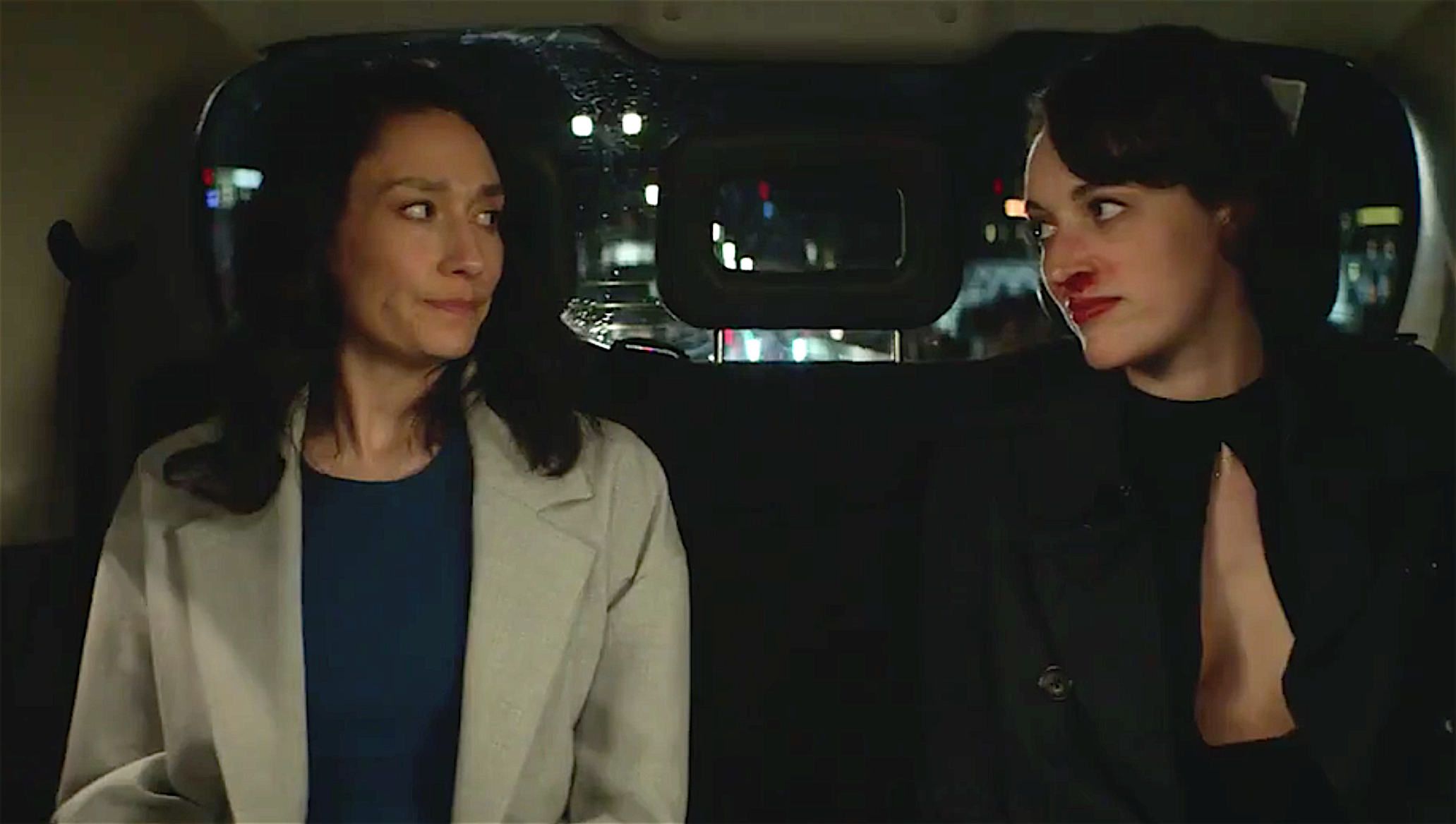 There’s not a single Creative Arts Emmy category that’s a must-win for shows gunning for Best Comedy Series. But for the past four years, the winner of Best Casting has also won Best Comedy. That’s good news for “Fleabag,” which won one of its two Creative Arts Emmys in the category. The other came for Single Camera Picture Editing (Half-Hour), which “Maisel” won last year before taking the top prize. “Fleabag” beat “Veep” and “Maisel” for casting honors, and it topped “Maisel” again for Editing. After over-performing on nominations’ day, landing 11 nods, perhaps Phoebe Waller-Bridge has a few more surprises up her sleeve.

And yet if “Fleabag” is a dark horse, than “Russian Doll” is, too. With 13 total nominations, Natasha Lyonne’s Netflix comedy won three times out of nine chances at the Creative Arts ceremony — Cinematography, Production Design, and Contemporary Costumes. It topped “Fleabag” for Cinematography and “Veep” for Production Design, but never won against “Maisel.” While those are big wins to be sure, it lost to “Maisel” for Music Supervision, “Fleabag” for casting, and twice to “Barry” for Sound Mixing and Editing.

Clearly, there are a lot of great, beloved programs competing in the comedy race, which leaves the sliver of a chance for “Barry.” With the second-most nominations of any comedy (17, after “Maisel’s” 20), HBO’s would-be “Veep” successor could step in and take the trophy a year early. Two wins out of seven categories is nothing to sneeze at, but wins in Editing, Production Design, Stunts, and especially Casting would’ve been bigger indicators of widespread support than two Sound wins. Given the size of the acting branch — which nominated every “Barry” actor put on the ballot — Bill Hader’s sophomore sensation still has a shot, but it’ll need to own the acting categories. 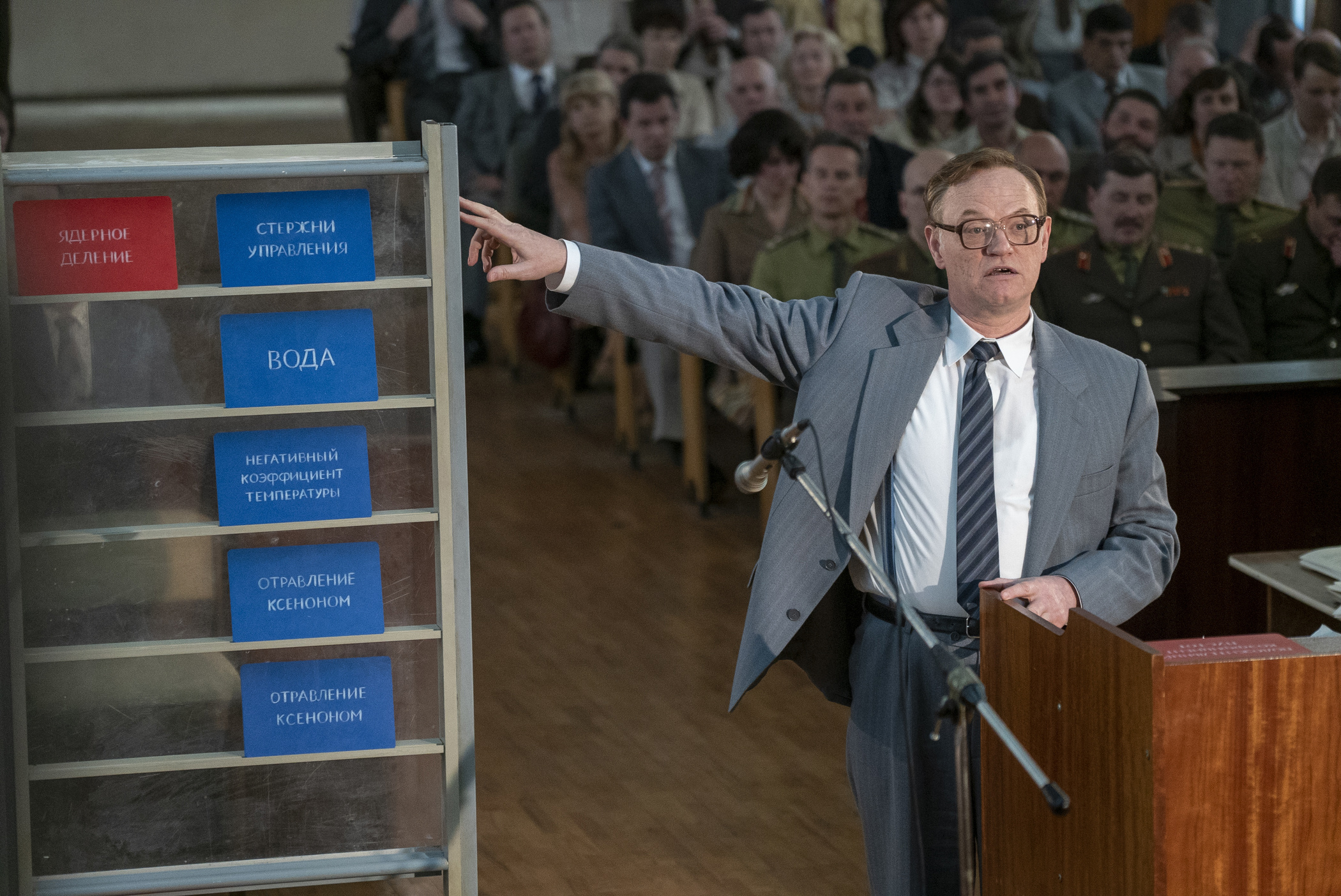 “Chernobyl” vs. “When They See Us”

Among “Chernobyl’s” seven Emmy wins were four victories over “When They See Us.” In fact, HBO’s limited series went four-for-five against the Netflix entry, losing only for Outstanding Casting. “Chernobyl” won a highly competitive Cinematography category, as well as Production Design, where it took down “Game of Thrones.” That’s a lot of good news in what was a weekend filled with good news for HBO.

That being said, “When They See Us” was only up for five Emmys on Saturday and Sunday, whereas “Chernobyl” competed in 12 categories. That means 11 of the Netflix limited series’ nominations are still in competition this coming weekend. Even though plenty of those nominees will compete against each other in the acting categories, limiting the series’ total wins, what matters is the top prize for Best Limited Series, and the TV Academy’s biggest peer group is made up of actors. Considering half of the total nominations for “When They See Us” were in acting, and that it won for Casting, there’s a good shot it’s still the top pick for a lot of Emmy voters.

“Escape at Dannemora” got blanked at the Creative Arts Emmys, as did “Sharp Objects.” The latter could’ve gotten on the board for Best Makeup — lest we forget Celeste’s scars — but voters preferred “Fosse/Verdon,” which proved to be a trend throughout the weekend. FX’s Old Hollywood limited series won three trophies in total, a small but not insignificant amount when considering it was nominated in 11 categories at the Creative Arts Awards.

But its wins were significant. “Fosse/Verdon” took down “Sharp Objects” and “Chernobyl” for Hairstyling and toppled Beyonce for Outstanding Music Direction. Sure, that could be a sign of older voters making their voices heard, picking a show about O.G. film stars over a groundbreaking documentary about a black icon, but nothing is changing between now and Sunday. “Fosse/Verdon” has 17 total nominations, three wins so far, and Michelle Williams is considered a slight favorite for Best Actress.

Could it go further? Probably not. But as of now, it’s got the second most Emmys of any Limited Series and clear support from the TV Academy. 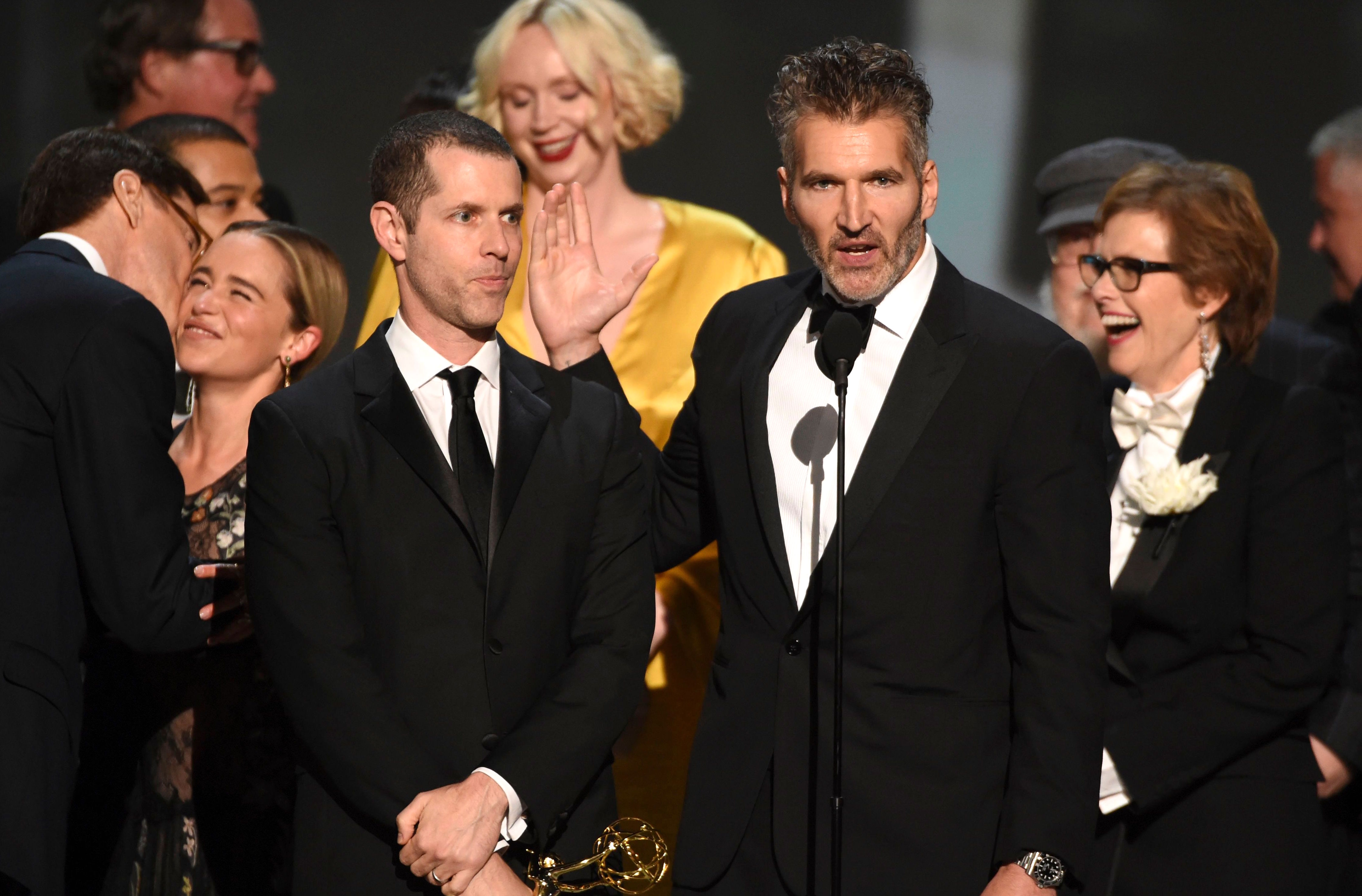 D.B. Weiss, Gwendoline Christie, and David Benioff at the 2018 Emmys

“Game of Thrones” is going to win Best Drama Series — let’s not pretend otherwise. But at this point, one of the biggest mysteries about the upcoming Primetime Emmy Awards ceremony is how the telecast itself will be received, and “Game of Thrones” is a big part of that. The Academy Awards — the Emmys’ kissing cousin — found some level of success earlier in the year with their decision to eschew a formal host, a decision that potentially contributed to a 12 percent ratings bump over the previous year’s historic low.

While that’s worth considering as we head into Sunday’s unhosted Emmy ceremony, the real 2019 wild card is, ironically, “Game of Thrones.” TV has never seen a series so expansive, so expensive, and so celebrated both within the industry and without, and the show is well on its way to setting a slew of Emmy records that will stand for the foreseeable future.

Again, if the Oscars have taught us anything, its that people like to see the things they like win awards. When “Titanic” won 11 awards at the 1998 Oscars, 57 million people tuned in. And while the event has never garnered such numbers again, there are not-insignificant bumps in years where crowd-pleasing films have an opportunity to win big. Nearly 44 million people checked out the 2004 Oscars, where “The Lord of the Rings: Return of the King” went 11 for 11, a 26 percent bump in viewership over the previous year.

While the Oscars remain an entirely different beast from the Emmys, “Game of Thrones” 32 nominations will not be ignored. And that’s something people may want to tune in to see.