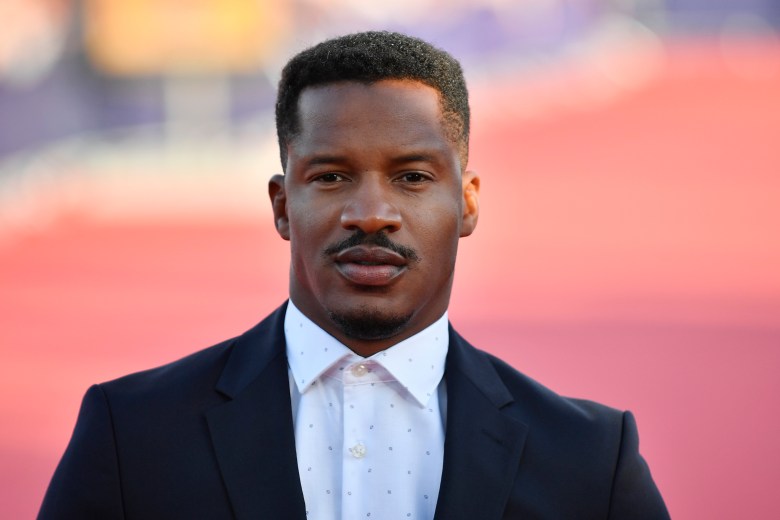 Nate Parker sent a fiery message to film critics while speaking at the Deauville Film Festival ahead of the French premiere of his new drama, “American Skin.” Addressing the extremely negative reviews “Skin” received at the Venice Film Festival, Parker said, “I don’t care what they say about me, what they think about me. I don’t care. I’m gonna make art for our children’s children” (via Variety).

“American Skin” is Parker’s first directorial effort since the 2016 release of “The Birth of a Nation,” a Sundance Grand Jury Prize winner that got derailed at the box office and in the Oscar race after Parker’s involvement in a 1999 rape trial resurfaced. The writer-director-actor apologized at Venice for being “tone deaf” in his responses to the resurfaced trial, but that didn’t stop “American Skin” from being one of the worst reviewed films at the festival.

“Nate Parker’s new film — a clumsy found-footage political drama — is so bad that he deserves to be canceled on artistic grounds alone,” IndieWire’s David Ehrlich wrote in a D review. “Nate Parker’s value as a filmmaker has just been settled once and for all: He doesn’t have any. An unsolicited coda to a career that most of us assumed was already over, ‘American Skin’ is an asinine and self-serving call to action that tries to hide its basic incompetence behind a veil of righteous fury.”

While at Deauville, Parker told press that he does not make movies for critical responses that he makes movies “for the people.” “My only job is reflect society,” the director said. “Sometimes that reflection isn’t an image people want to see, but I’m an artist so I try to stay away.”

Parker continued, I’m not here to make a headline, “I’m not here to make a headline. I have five daughters and if I’m really blessed they will marry five great men, they’ll have children, inevitably they’ll have boys and they will look like me. If they are no more safe in their time than I am in this time I have failed as a human being, I have failed as a father and I’ve failed as an artist. I don’t want to get involved in anything that takes away from the urgency of that.”

The filmmaker vowed that whatever movie he decides to direct next will “address things that need attention.” Parker stars in “American Skin” as a father whose son was unjustly murdered by a white police officer. Parker’s character decides to hold the police precinct hostage and conduct his own trial with prisoners serving as the jury after the officer is acquitted for the murder in court.

“American Skin” did not get picked up for U.S. distribution after its Venice debut. Despite the bad reviews, the film was awarded the best movie prize in Venice’s Sconfini section.

This Article is related to: Film and tagged American Skin, Nate Parker