Théodore Pellerin and the Showtime series' co-creators break down that shocking shift in the dynamic between Krystal and Cody. 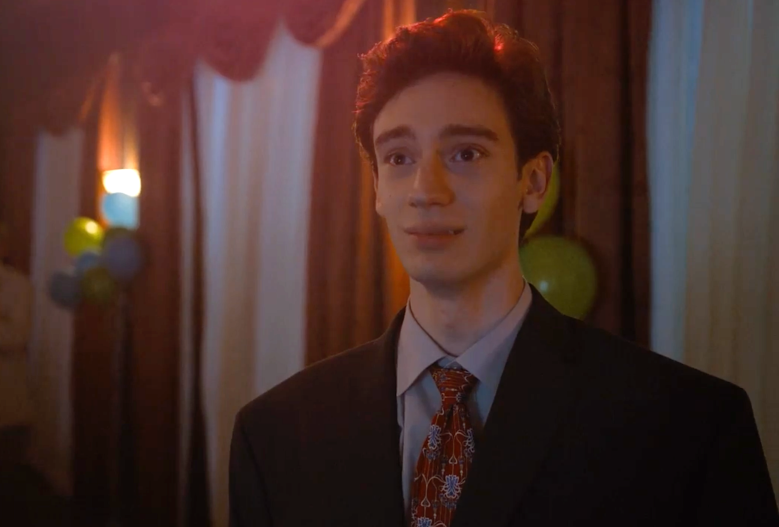 Théodore Pellerin, “On Becoming a God in Central Florida”

On Showtime’s satirical “On Becoming a God in Central Florida,” the destructive FAM pyramid scheme has torn families apart and could even be blamed for the death of one character by alligator. But on Sunday’s episode, the havoc it wreaks actually ends up bringing two people together in a kinky, mutually consensual way.

When single mom Krystal Stubbs (Kirsten Dunst) realizes that her actions have led to Cody Bonar (Théodore Pellerin) rising in the FAM ranks, she insists they’re now business partners. When he tries to object, she slaps him until… the mood shifts. Aroused by her forcefulness, he leans in for a kiss, but she grabs his neck in a chokehold. He allows himself to be subjugated and happily concedes that she’s now calling the shots. The episode ends with him willingly giving her oral sex.

“I was so surprised when I read that. It’s definitely a turning point. I was very excited to get there because it’s just like a huge shift,” said Pellerin. “It’s a revelation to Cody and to her, I think, in discovering something they might like, something that they enjoy, and something weird.”

“When it comes to the slapping and the physicality of their relationship, I think Krystal is someone who has been fairly beaten down by her circumstances and needs to act,” said co-creator Robert Funke. “Without them having the 2019 kink vocabulary to be like, ‘Oh, this is what I’m looking for in my fantasy life,’ I think they organically build a way of connecting that doesn’t have the studious vocabulary or perhaps the clearly delineated boundaries that an alternative relationship model might have.” 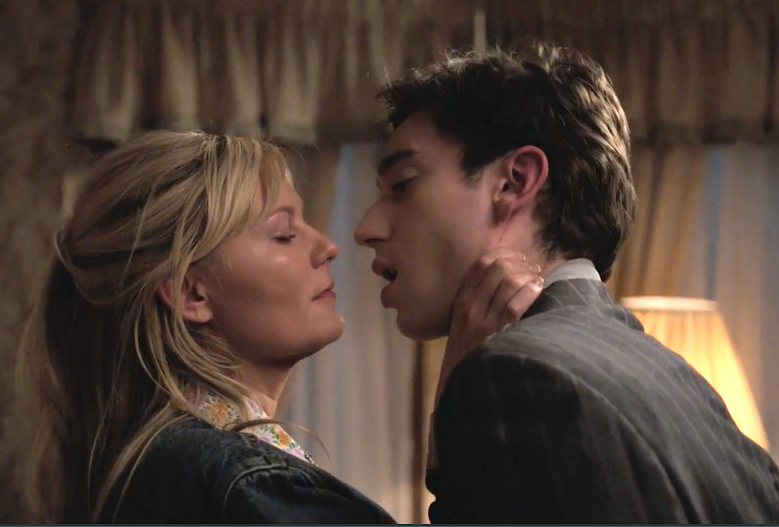 For Krystal, it’s one more way she’s regained control after her FAM-obsessed husband Travis (Alexander Skarsgård) put their family in debt and then died (via the aforementioned ‘gator). Since then, she’s taken on his part of FAM, recruited new members, and even started a Splashercize class. As for Cody, he’s found one more person to follow. There had been hints of his admiration for Krystal in the previous episode when she delivers a rousing speech at a FAM rally, and this is just another dimension to that admiration, mixed with a bit of validation of his own value.

“She has all these strengths that he doesn’t have. She has a natural leadership, she has a natural power, she attracts people. She is charming, she has charisma. She doesn’t have to work for it; it’s just there,” said Pellerin. “Cody is looking for that and to attract people and motivate people. So, already, I think he’s very compelled by her.”

“But then with this sexual relationship starting, I think it’s probably the first time he is doing anything with a woman. He’s like a teenager and it’s like his first love,” he continues. “When Travis gets eaten by the alligator, he says, ‘He was my best business partner.’ Cody has nobody around him, he doesn’t have family, he doesn’t have friends, he has no one. So, just the physical contact of skin to skin, and of warmth, it’s a whole new world opening up to him, for him. I think it just means a lot. It’s huge.”

Despite Krystal being significantly older and calling the shots, it’s still a mutually beneficial relationship, which shifts the story going forward. It’s no longer just one woman’s struggle; together, their strengths and weaknesses are allied against whatever evils FAM throws their way. It’s exciting — and a turn-on. “In the first three episodes, they were exclusively obstacles to each other and then in that episode they start to see the ways that that can be useful to one another,” said co-creator Matt Lutsky. “They both have felt so useless for so long that it’s such an intoxicating feeling.”

“There is a moment for Krystal where she realizes that this idiot that she has to put up with is actually someone who potentially is quite useful to her as a resource,” said Funke. “For a guy like Cody who’s just generally kind of loathsome, to feel important to someone else — even if that person is being manipulative, even if that person is using him in some way — that’s a feeling that he can’t get enough of.”

This desire to be wanted and needed is also why Cody is a diehard FAM man. With his own father in jail, he turns to the guidance of FAM founder Obie Garbeau II’s (Ted Levine) instructional and motivational audio tapes.

“I don’t think that he knows that it’s a scam. I think that he truly believes in it, and he really thinks that it is a hidden gem, a secret that he needs to reveal to people. He’s found his religion, he’s found his vocation in life,” he added. “He is relentless. He’s just going to fight for everything, he’s just going to go for it. He never gives up. But he’s not very balanced, he’s sort of a child on a lot of points. He’s very inexperienced in life and he has a lot, a lot, a lot to learn.”

Cody Bonar, this rather manic puppy dog of a man, was a difficult role to cast, which might be why the producers went with someone who isn’t a household name yet. At 22, the French-speaking Pellerin has a few of Canadian projects under his belt, including an acclaimed role in the 2018 film “Family First” and a small part in Netflix’s “The OA.” The producers knew as soon as they saw Pellerin’s tape that he was Cody. 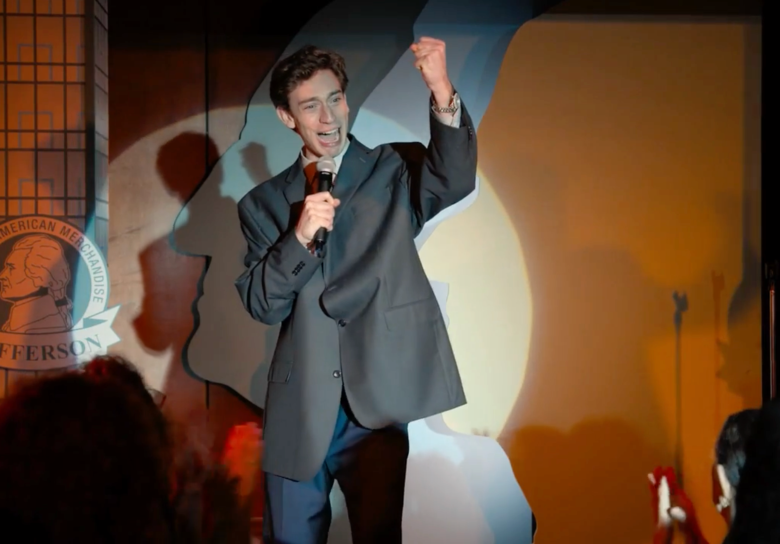 “He did not have the profile of some of the people that we were being asked to look at. But what he was able to do is immediately clear,” Funke said.

Lutsky added, “He had an immediate understanding the character. In his the first self tape he was wearing this enormous billowy dress shirt that came nowhere even close to fitting him. I’ve never asked him whether he did that for the role or whether that was just his shirt. But it was the lack of self awareness with the approach that’s Cody.”

As for Pellerin, that instinct for Cody also extends to the show’s general offbeat tone, which is what attracted him in the first place.

“When I got the script I just thought it was such a specific mix of darkness and fun,” he said. “It was weird and very particular, and very special. The tone seemed very, very singular, almost Coen Brother-esque. I was just drawn to it.”

“On Becoming a God in Central Florida” airs Sundays at 10 p.m. ET on Showtime.

This Article is related to: Television and tagged On Becoming a God in Central Florida, Showtime, Théodore Pellerin, TV Interviews