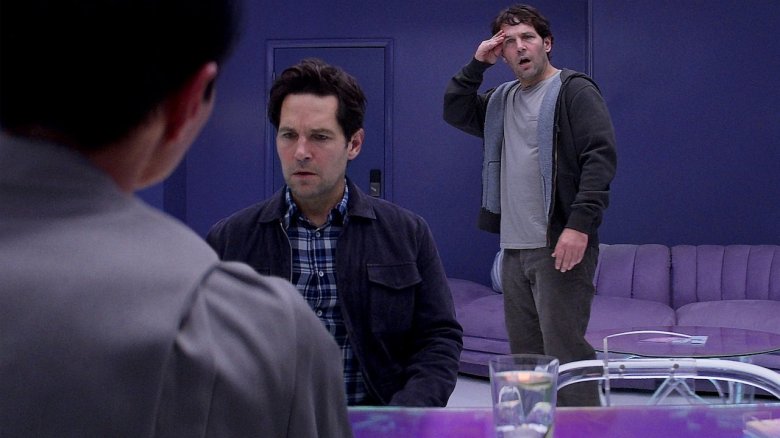 Debuting on Netflix on October 18, “Living With Yourself” stars Paul Rudd as Miles Elliott, a man struggling at a crossroads in life who undergoes an experimental spa treatment that promises to make him a better person. However, Miles discovers that, instead, he’s actually been replaced, literally, by the better version of himself. Netflix promises a loopy, existential comedy that asks “Do we really want to be better?”

The quirky, science-fiction premise sounds eerily similar to director Charlie McDowell’s “The One I Love” from 2014, wherein Mark Duplass and Elisabeth Moss, as a couple in crisis, confront their doppelgängers while trying to work out the kinks in their relationship.

Paul Rudd, meanwhile, is busy in the Marvel Cinematic Universe, reprising his role as Scott Lang a.k.a. Ant-Man in the upcoming animated series “What If…?”, having recently wrapped up the “Avengers” saga with “Endgame.” Rudd is currently in production on “Ghostbusters 2020” with director Jason Reitman. Rudd recently closed out the 44th season of “Saturday Night Live” earlier this year. (IndieWire rounded up the best of his sketches here.)

“Living With Yourself” was created and written by Emmy Award winner Timothy Greenberg, who has served as an executive producer on “The Daily Show with Jon Stewart” and a writer on “Wyatt Cenac’s Problem Areas,” among other projects. Greenberg also served as a consulting producer and writer on TBS’ “The Detour,” which follows a dysfunctional family’s epic, worldwide search for their runaway teen daughter.

“Living With Yourself” is directed by Jonathan Dayton and Valerie Faris, the team who together directed the Best Picture Academy Award nominee “Little Miss Sunshine,” and the Golden Globe-nominated, Billie Jean King vs. Bobby Riggs true story “Battle of the Sexes,” starring Steve Carell and Emma Stone.

This Article is related to: Television and tagged living with yourself, Netflix, Paul Rudd, TV News