By Dana Harris-Bridson and Zack Sharf 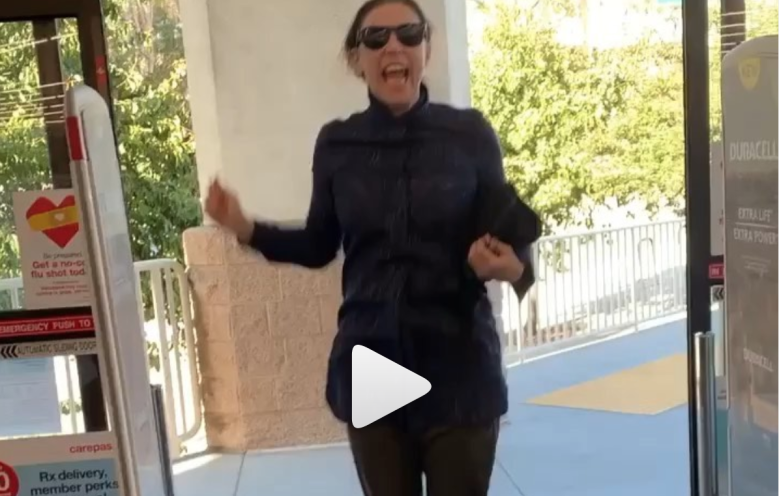 Film and TV costume designer Heather Patton issued an apology on her Instagram page after she made a racist outburst that was recorded and went viral over social media, but a longtime costumer for Ryan Murphy is urging her fellow union members to take further action.

The video, which was recorded September 24, showed Patton at a CVS Pharmacy in Los Angeles’ Eagle Rock neighborhood on September 24, in which she repeatedly uses the N-word and said she wants to kill them. According to the Los Angeles Times and KTLA-TV, the LAPD has begun a hate crime investigation.

As Patton’s outburst video circulated on social media, Patricia Arquette took notice of the clip and shared on her page that she had sent it to the wardrobe union and local news. The actress, who recently won an Emmy for Hulu’s “The Act,” also re-tweeted a post that condemned Patton.

@KTLA @ABC7 Can you get a police update on this? https://t.co/MAAm5GTzwX

However, IndieWire obtained an online petition being circulated by fellow costumer and Local 705 member Sarah de Sa Rego, calling for other union members to file complaints against Patton and request her immediate expulsion. De Sa Rego recommends that Patton be cited for violating “Article 11 section 2 ‘action unbecoming of a union member’ as well as ‘actions which reflect to discredit this union and its members.'”

The email’s subject line is: “705 member’s racist assault and what to do about it.” In the email, de Sa Rego writes:

I’m sure by now you’ve seen or heard of the video circulating of current member Heather Lynn Patton on a violent racist rant in a local drugstore. I have contacted several people to see what action we can take to ensure that our fellow Costumers of color can feel safe from her discriminatory and overtly racist views. No one should have to hear this sort of speech, or fear being on the receiving ends of these kinds of physical threats. Especially from someone in our own union. The fact that she is a Supervisor, and therefore in charge of hiring and overseeing people, is particularly problematic for me.

It has been explained to me that while our Union strongly disapproves of her behavior, their job is to protect every member (even those of us who are disgusting racist nightmares). But we, as members, have the power to force her to face the repercussions of her behavior. If you feel that she behaved unacceptably and would like to file a member on member complaint, please write a letter stating the following (feel free to use your own language if you don’t want to use this template, but please cite the Article/s you feel she is in violation of):

I, ___________ as a member in good standing of IATSE Motion Picture Costumers Local 705, believe that member Heather Lynn Patton violated Article 11 section 2 “action unbecoming of a union member” as well as “actions which reflect to discredit this union and its members” a total of 11 times, as seen in the news video of her actions on September 24, 2019. (See online news video “Heather Patton: Video shows woman using N-word in racist CVS outburst” on heavy.com for reference). The number of racist outbursts, combined with violent threats against all fellow members of local 705 who are people of color, call for her immediate expulsion. Thank you.

Please sign, date, NOTARIZE (a REQUIRED step as per Union by-law), and hand deliver or mail that letter ASAP to:

I am not including a link to the video because I don’t feel that our brothers and sisters of color need to be exposed to any more of this sort of hatefulness than they already face on a regular basis. If you ARE one of our black, brown or any other non-white members and you are reading this, please know that in addition to the above complaint, if you feel that death threats made in conjunction with racial slurs could also be considered harassment and/or an open threat and you feel personally threatened, or that you would be likely to be discriminated against by this woman in the hiring process or at work, please mention that in your letter as well.

I am asking that all of you join me in following through with this, because I believe that not standing against this behavior is openly condoning it. Thank you for reading this, and writing letters, and not forgetting to notarize them, and forwarding this to every single 705 member you know. Let’s take a stand for something that really matters, and lets do it together.

De Sa Rego confirmed to IndieWire that she also delivered her own notarized letter to the IATSE 705 offices today.

Updated, 7:10pm PST: De Sa Rego reached out to IndieWire with this update:

Despite being told how to proceed (including which passages of our by-laws to reference) by the 705 union office, I am now hearing this from another costumer who spoke to them this evening: “We have just found out that, instead of letters, we need a notarized affidavit filing charges according to our bylaws. And we will thus be actively filing charges against the 705 Racist. Then we turn in the charges to the union, and then we discuss them at the next meeting.”

Nothing really ever gets resolved at our union meetings, so this is incredibly discouraging, and I’m confused as to how exactly they would like us to proceed at this point – who do we file charges with if not our union first? – but I sincerely hope they do something.

This Article is related to: Film and tagged Costume Designer, Heather Patton, Racism