Rambo’s cartoonish action feats may have been riveting in the Reagan years, but these days, they’re just a tiresome slog. 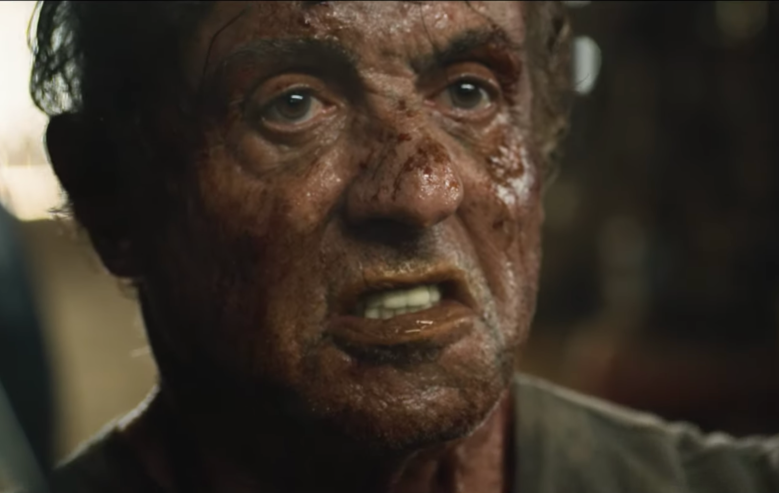 Midway through “Rambo: Last Blood,” Sylvester Stallone mumbles a heartfelt monologue, grasping for poignance after four previous movies of grisly showdowns with foreign threats. Points for effort, Rambo, but no such luck. Tragedy strikes, destroying whatever faith in humanity the beleaguered Vietnam vet somehow cultivated since 2008’s “Rambo.” And so the body count rises once more. If there was any doubt about this cycle of mayhem dominating Rambo’s life wherever he goes, then this apparent conclusion seals the deal, forcing him to unleash yet more carnage on waves of ugly stereotypes with savage finality.

Rambo’s cartoonish action feats may have been riveting in the Reagan years, but these days, they’re just a tiresome slog. Yet nearly 40 years after the comparatively bloodless first installment, the grunting warrior still can’t catch a break, this time taking on hardened Mexican sex traffickers across the border. If only “Last Blood” had more to say about that beyond the jingoistic mishmash of dime-store sentimentality and half-hearted vengeance it shrugs into existence, bidding farewell to an action icon in the same grotesque terms that made him so problematic in the first place.

At least the movie has Stallone’s seething, angry face, as every sweaty closeup says more than the bland “Taken” rip-off that forms the movie’s plot. Stallone, who shares screenwriting credit with Dan Gordon, does a decent job at generating empathy for Rambo through furtive gestures, but “Last Blood” goes overboard to prove that he’s tried to be a better man. Roaming the majestic vistas of the Arizona ranch his father left him, the hardened soldier has become a peace-keeping adopted uncle to teenage Gabrielle (Yvette Monreal), the Hispanic niece of longtime family friend Maria (Adriana Barraza).

The early scenes of “Last Blood” have more tranquility in them than all four “Rambo” movies leading up to them, including the one where Rambo doesn’t actually kill anyone. Having finally severed that unkempt hairdo, Rambo seems keen on maintaining a stable path. Sure, he still struggles with PTSD as he forges weapons in an underground bunker — but his latest knife is actually a letter-opener crafted for Gabrielle as a going-away present before she heads to college. After years of Rambo movies where he faces down broad foreign archetypes, it’s a welcome shift to see a pair of genial Spanish speakers rounding out his life, no matter how contrived their dynamic.

Well, of course it’s too good to be true. “I know how black a man’s heart is,” Rambo broods, when Gabrielle suggests he’s a better man now. “I’m just trying to keep a lid on it every day.” Naturally, “Last Blood” charts a path to the moment he has no choice but to blow. You’re practically rooting for the guy to hit rock bottom, and once he does, the schmaltzy opening passage gives way to the dreary inevitability that has always been Rambo’s cross to bear.

When Gabrielle heads to Mexico in an aimless trip to find the father who abandoned her in her childhood after her mother’s death, it doesn’t take long before she winds up kidnapped by vicious crime lord Hugo Martinez (Sergio Peris-Mencheta), who wields a knife and syringes in a murky quest to dominate his underground market. Rambo wastes no time speeding to the rescue, but to the movie’s credit, it doesn’t pretend that forcing him back into action will ever solve the darkness that plagues his very existence. Things don’t go well, and after Rambo faces a (very incredulous) beatdown, he’s forced to lure the baddies to the home front where at least he can control the terms of the battle.

Rambo has long been a symbol of imperialistic rage, and “Last Blood” is no exception. Transplanting the action to Arizona provides the natural setting for a border drama that plays into Trump-era fear-mongering, right down to its ominous shot of a border wall, as Rambo heads south in search of justice. Fortunately, by propaganda standards, it’s weak sauce, as the movie unfurls with bland, tiresome developments until the closing minutes. Constructed with a lo-fi telenovela aesthetic and overwhelmed by a throbbing paint-by-numbers score, “Last Blood” feels like a fan tribute that just so happens to star the real McCoy.

“Last Blood” doesn’t allow for such a nuanced take, and never syncs with the surroundings quite right. The bad guys are blunt, icy, and crude caricatures of cartel goons; they confirm all the biases Rambo needs to take them out. In 2019’s hypersensitive cultural environment, the depiction of murderous Mexican crime bosses and their cowering sex slaves encountering a literal white savior doesn’t go down so easy.

Get past that tricky minefield, and “Last Blood” finally delivers the guilty thrills: Stallone tearing out hearts and collar bones with his bare hands, constructing spiky traps and sniping at his targets from clandestine holes of his own making.

The high point of the movie finds him roaming the tunnels beneath Rambo’s ranch, cranking up The Doors’ “Five to One” as he coaxes various anonymous people into a series of gnarly Rube Goldberg traps. This lasts a couple of minutes, and it’s a wonder why anyone thought the rest of the movie should prop it up. Though Rambo didn’t kill anyone in 1982’s “First Blood,” he was basically a psychopath by the end of the James Cameron-scripted sequel; Stallone directed 2008’s “Rambo” with an understanding that the formula works best when distilled to its gun-blazing essence. “Last Blood” resists that temptation before finally giving up, and all that pent-up aggression speeds by. “How is it ever over?” Rambo whines, and no matter the ludicrous circumstances, you really feel for the guy.

When “Last Blood” finally wraps up the Rambo saga, the credits unfold with a slo-mo montage recapping his ridiculous journey from one movie to the next. They all kind of blur together. “I tried to come home,” Rambo growls in random, inexplicable narration, “but I never really arrived.” That’s far from the deepest observation, but Rambo was not exactly a subtle metaphor for America’s fractured identity, and the scars of its war-mongering impulses that continue to sting after all these years. On the surface, “Last Blood” may be a mess of B-movie contrivances, but like its world-weary namesake, it’s also a timely window into the vanity of violent solutions, and why brutality is only viable when fighting for a lost cause.