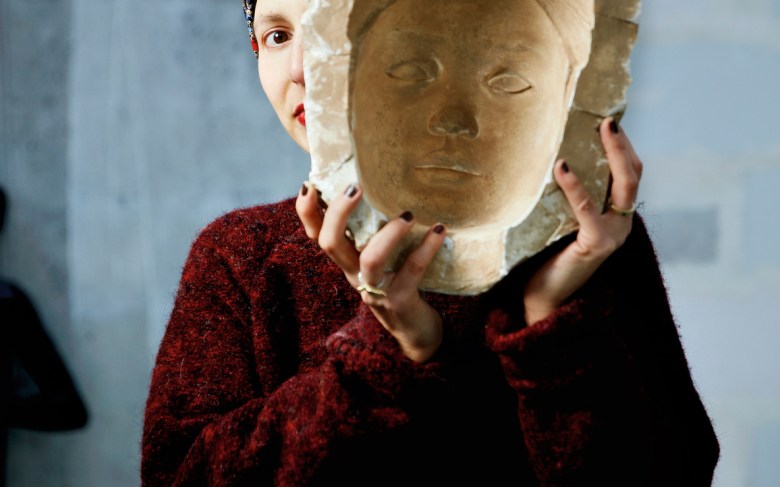 When she was just 31, multi-disciplinary French artist Prune Nourry was faced with an unexpected challenge in the form of a breast cancer diagnosis. Nourry’s work, much of it performance-based, has always been cross-disciplinary and engaged with the female body; that she’d end up making a film about her experiences with her own body comes as no great surprise. It’s even less of a shock that the final product, “Serendipity,” is such a joy to watch, not only for fans of Nourry’s work, but for any audience looking to engage with tough questions about self and health in a fresh way.

Part art film, part non-fiction testimonial, “Serendipity” stems from Nourry’s previous work (the project was inspired by her book of the same name, published in 2017 as part of a solo show), and Nourry pushes the simple idea into unique spaces. The film’s unpredictability lies in Nourry’s ability to package a personal hurdle as both an iteration and survey of her professional work.

“Every step of it was serendipity,” Nourry recently told IndieWire. “Finding on the way so many links between my past projects and the treatments I was going through; it was one surprise after the other. One I really couldn’t believe was when my surgeon proposed to hybridize me… with a cow. Six years earlier, I had created sculptures about gender selection in India, ‘The Holy Daughters,’ a mix between the Holy cow (who are sacred as symbol of fertility) and little girls (who are unwanted even if they are vectors of fertility). And suddenly my doctor wanted to graft some cow fetus’ skin in my breast and turn me into the hybrid!”

The film serves as an essential survey of her creative endeavors, but it’s also an intimate look inside her own world (which, incidentally, includes a lot of bonding time with no less than living legend Agnes Varda). Few films feel this immediate and vivid, and Nourry’s abilities as a creator translate wonderfully to the medium. That’s not to say it’s not emotional, and Nourry is eager to see how audiences engage with her most personal work yet.

“This movie is a real catharsis for me, it helped me by making me say ‘action’ to myself to be proactive in my illness,” Nourry said. “I watched it for the last time at the Berlinale and at MoMA where it premiered, to get a feel the audience’s reaction — following the advice of my dear friend Agnès Varda. But I don’t think I should watch it again before a long time; now it’s time to share the catharsis!” She added, “Like the definition of Theater in ancient Greece, I wish the movie to be a catharsis for people going through any kind of illness, and inspire them to be proactive and creative.”

The film will open in New York City at the Quad on Friday, October 18. “Serendipity” was executive produced by Angelina Jolie, Sol Guy, and Darren Aronofsky.

Check out the first trailer and poster for “Serendipity,” exclusively on IndieWire, below. 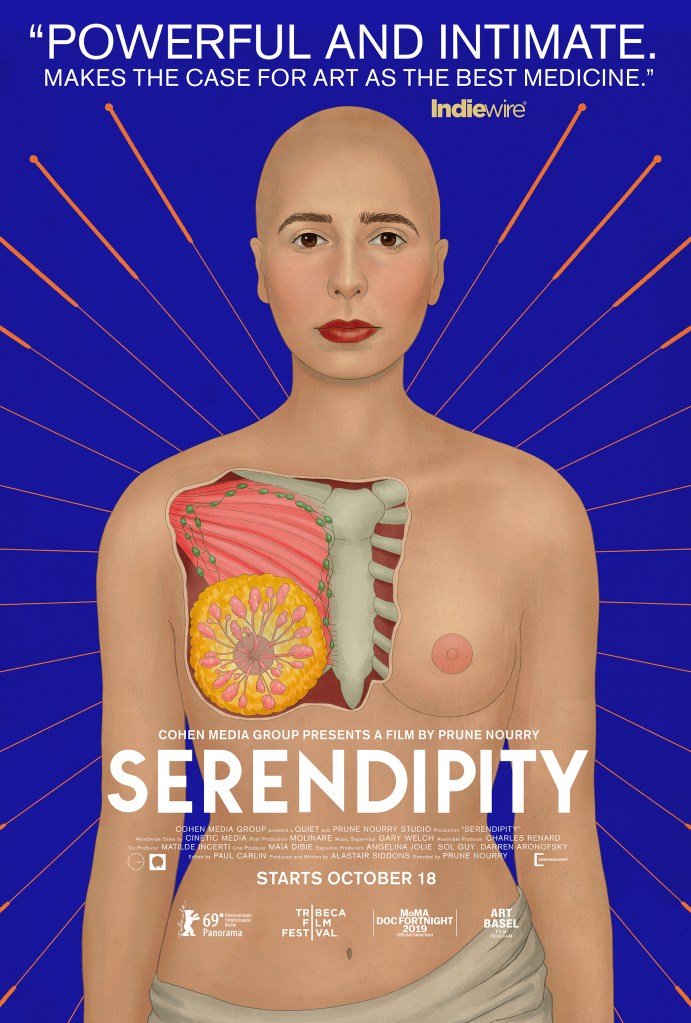 This Article is related to: Film and tagged Direct, Prune Nourry, Serendipity, Trailers