No, LaBeouf and Hardy never had serious beef on the set of "Lawless." 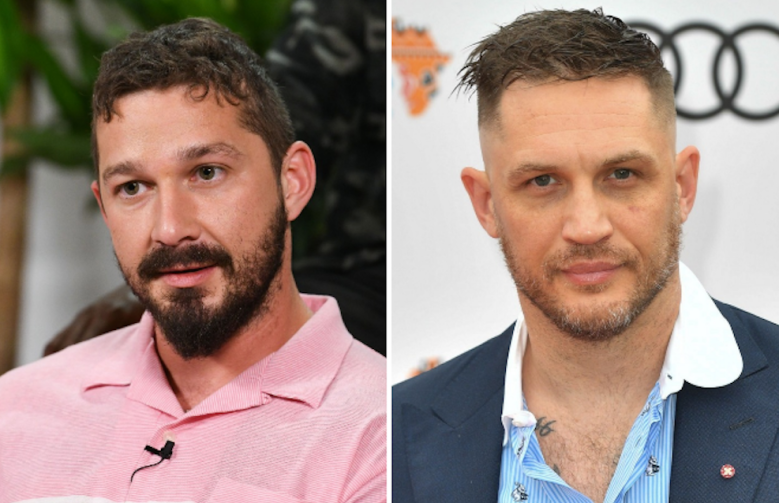 The making of John Hillcoat’s 2012 crime drama “Lawless” was dominated by reports of tension between cast members Tom Hardy and Shia LaBeouf. The filmmaker confirmed during a Reddit AMA several years ago that “there was definitely a fight between them. It escalated to the point where they had to both be restrained.” Rumor had it that one altercation was so intense that LaBeouf punched Hardy and knocked him out, which is something LaBeouf all but confirmed in a March 2018 Esquire profile. Now LaBeouf is clearing up the rumors by telling “Hot Ones” host Sean Evans (via Complex) the truth about the Hardy knockout story.

“Yeah, it’s a bunch of bullshit,” LaBeouf said. “We used to wrestle all the time and [Tom Hardy’s] a big fucking person, especially then. He was getting ready [to play] Bane.”

While a fight between the actors did lead to Hardy being knocked down, it had nothing to do with hatred between the two. As LaBeouf remembers, Hardy barged into his room after a gym session and the two started rough housing.

“We used to fuck with each other all the time but it just so happened that, this one week, my girlfriend was in town and he runs into the room. The girl I was with at the time was terrified,” LaBeouf said. “She covered up and she ran into the kitchen and he picked me up and I didn’t have nothing on so now I’m naked on his shoulder. We’re in the hallway, we’re wrestling around.”

LaBeouf and Hardy’s playful fight ended up near the top of a staircase, where Hardy stepped too far and fell down several flights. “For the rest of the shoot, he told everybody I knocked him out,” LaBeouf said.

Even in the midst of rumors the two actors had a beef, LaBeouf and Hardy have always respected each other in the press. Hardy spoke to Esquire for the magazine’s LaBeouf profile and commended his former co-star for going to great lengths and enduring pain in order to perfect the art of playing his characters. Hardy also praised LaBeouf’s believability as a performer.

“Shia has the ability to land scene after scene that builds a reality from utter fantasy,” Hardy said. “We know the robots aren’t really there [in ‘Transformers’]. They just aren’t. When I watch Shia, they are.”

LaBeouf returns to theaters November 8 with “Honey Boy,” his acclaimed Sundance drama in which he stars as a character based on his own father. LaBeouf wrote the script for the movie, which is inspired by his own experiences as a child actor and battling substance addiction. Watch LaBeouf’s full appearance on “Hot Ones” in the video below.

This Article is related to: Film and tagged Lawless, Shia LaBeouf, Tom Hardy