The scene could potentially pop up in a "Once Upon a Time in Holywood" extended miniseries that Tarantino is eyeing. 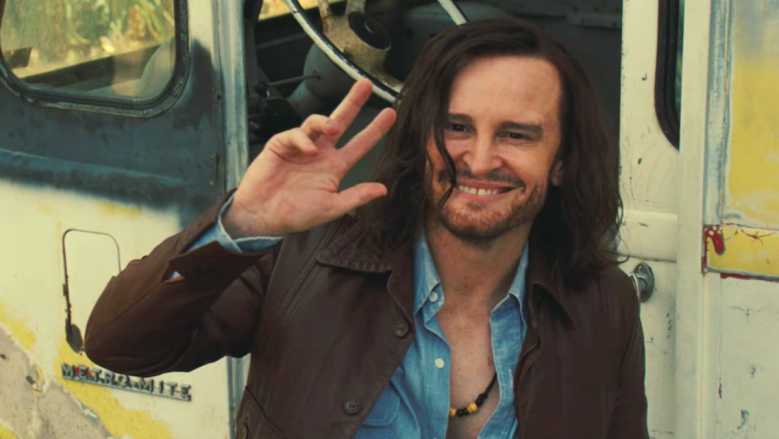 Damon Herriman, “Once Upon a Time in Hollywood”

One of the biggest surprises in Quentin Tarantino’s “Once Upon a Time in Hollywood” was the lack of Charles Manson, played by Australian actor Damon Herriman. Tarantino had warned fans prior to the film’s release that “Hollywood” was not a Manson movie, but many moviegoers expected the infamous serial killer to play a larger role in the narrative. Herriman’s Manson pops up briefly during a scene in which he roams the property of Sharon Tate (Margot Robbie), but, other than that, Manson is only talked about by members of his cult. Herriman recently told Collider that only “a tiny bit” of Manson footage was cut out of the film, but included in the trimming was a scene the actor says ranks as one of Tarantino’s best.

“There wasn’t a number of other sequences,” Herriman says of his Manson role. “Given it was a four hour and 20 minute first cut, there was obviously a lot that was shot that is not in it. Everybody lost a bit of stuff in the there, including some Manson stuff. Maybe it will see the light of day. I can’t give away what it was, but it was Quentin’s writing at its best. One particular scene was brilliantly written.”

Herriman added, “There was a scene that I thought was one of the best scenes I’ve ever read in my life, just on the page, I hope that scene does get released. I genuinely don’t know if it ever will. He has shown an interest in going back to his older movies and making a longer version. Given this one was so long to start with, I think it would be a great candidate for that.”

Considering Herriman has appeared in the likes of “Justified,” “Breaking Bad,” and “Mindhunter” (as an older Charles Manson no less), his praise that Tarantino’s cut Manson scene is one of the director’s best does not come lightly. Fortunately, the cut Manson scene could see the light of day in the future. “Hollywood” star Brad Pitt confirmed that Tarantino has considered releasing an extended miniseries version of “Hollywood” with all of the cut footage put back in the runtime. Tarantino did something similar with “The Hateful Eight,” which was released as a Netflix miniseries earlier this year.

Herriman is not the first “Hollywood” actor to say that Tarantino cut a brilliant scene from the movie’s theatrical release. “Once Upon a Time in Hollywood” producer David Heyman told IndieWire in July that a cut scene featuring 10-year-old breakout Julia Butters was so good it would have landed the young actress an Oscar nomination.

“Quentin is adept at throwing out a great scene,” Heyman said. “If she was in, she’d get an Oscar nomination for that performance. But it didn’t serve the film. It’s all about the film rhythm, to get where it needs to be. He cut out fantastic scenes, and reshaped things that made sense of the film as a whole.”

“Hollywood” fans can get Herriman’s brilliant Manson scene to the list of cut “Hollywood” moments that will hopefully one day be released. The film continues to play in theaters. Herriman’s work as Manson on “Mindhunter” is now streaming on Netflix.

This Article is related to: Film and tagged Damon Herriman, Once Upon a Time in Hollywod, Quentin Tarantino