A breakdown of the big battle, the sacrifices made, and what could be next for Netflix's "ecological parable" with puppets. 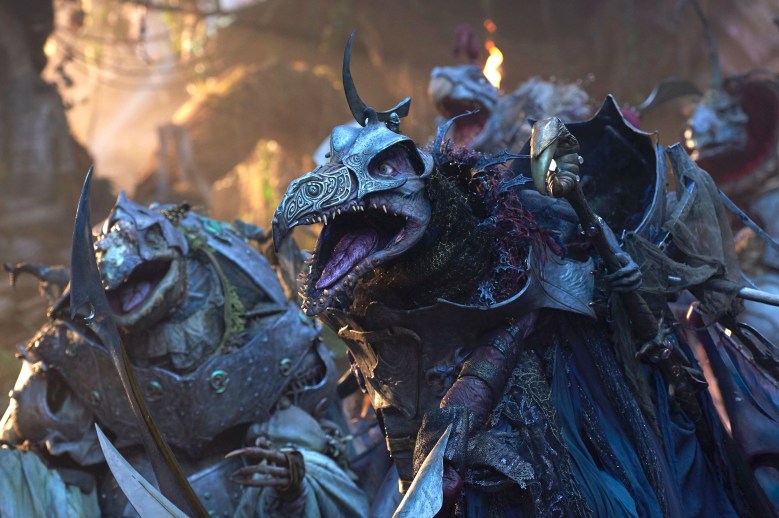 [Editor’s Note: The following contains spoilers for “The Dark Crystal: Age of Resistance,” including the finale.]

By the end of “The Dark Crystal” prequel series “Age of Resistance,” the Gelfling forces have come together and enjoyed their first victory, but not until after a hard-fought battle. This isn’t “Game of Thrones” and certainly doesn’t have that time or budget, but the series still was able to fashion an epic Skeksis-Gelfling face-off that produced many heroes, suffered some heartbreaking losses, and even shocked with a couple major surprises.

“From a production standpoint, there were many discussions and some of them got a little grave. At one point, we thought: ‘It’s too big. It’s too much. It’ll take too long. It’ll cost too much. It’s too hard to do. Maybe can we make it smaller and not do battle,'” said co-creator Will Matthews. “At one point everything was on the table in kind of a scary way, but we storied our way through that. It worked out fine, and we took out one or two action beats.”

“From the point of view of writing Battle scenes they’re not just spectacle, they’re dramatic scenes,” said co-executive producer Javier Grillo-Marxuach. “The best action scenes like the truck chase scene in ‘Raiders of the Lost Ark’ or the fight between Neo and Agent Smith at the end of ‘The Matrix’ are basically no different from a scene of two people who have strong needs sitting across a table and talking. The way you make these things producible ultimately is to really focus on how does it serve character and emotion. You find that everything becomes scalable.”

When it comes to working with puppets, how to decide what they’ll do in action-heavy sequences also requires planning and weighing options. “It’s not that you can’t do certain things or that anything is impossible,” said co-creator Jeffrey Addis. “These are the best people, best puppeteers, the creature shop is amazing. It’s only ever a question of if you want to spend the time to do it. It’s only a matter of time management because it has to be worth the time that it will take.” 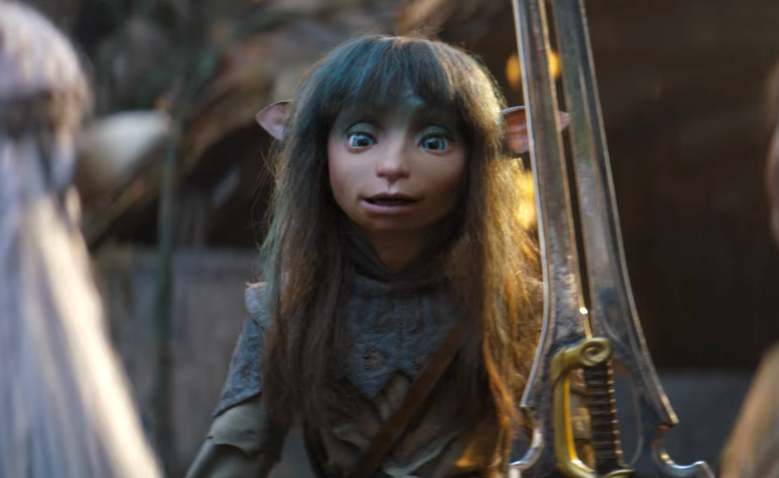 For example, the Gelfling forces require a more strategic approach to overpower their bigger and stronger enemy. One plan involves the female Gelflings, who have wings and can fly, to launch themselves off the backs fo the male Gelfling and then drop handmade smoke-bombs onto the Skeksis, catching them by surprise.

“If you have a moment like where the male Gelflings kneel so that the female Gelflings can run up their back and jump into the air and fly — kneeling is extraordinarily complicated because it involves a lot of different rigs and a lot of different flooring,” said Addis. “In that case, it felt like it was important. It felt symbolic, it felt right for the moment, right for the story, it felt powerful.”

Some of the highlights of the skirmish include Rian (voiced by Taron Egerton) wielding the Dual Glaive and defeating the imposing Skeksis General (Benedict Wong), and the death of Maudra Fara (Lena Headey) as she intercepts an attack on Seladon (Gugu Mbatha-Raw).

But the first biggest surprise occurs just when it looks like the Skeksis have the upper hand. The Hunter (Ralph Ineson) has returned from the dead after the Skeksis infused him with the essence of Aughra (Donna Kimball), and he has Rian’s skull in a death grip. The Archer (Ólafur Darri Ólafsson), however, senses what his dark half is about to do, and throws himself off a cliff. Since they’re linked, both the Archer and Hunter disappear, having only been kept alive by the essence. In the Hunter’s place, the previously dead Aughra is reborn. Confusing? Yes, but the Gelflings aren’t going to question their good luck. 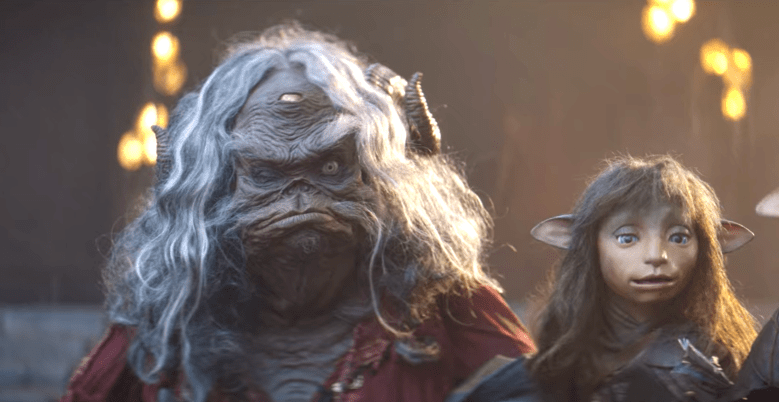 “Aughra had a plan. It was a desperate, crazy one. If she could put her essence into The Hunter, she could reemerge,” said Addiss. “She knew that it would take the Archer’s death to do it. Which is why earlier you see when the Archer comes to Aughra. He says that if we can’t do this right, it will require great sacrifice.”

Grillo-Marxuach added, “Aughra is simultaneously of Thra, but she is also the heart of Thra; she is one with the Crystal, and the circle of life is such a huge part of it. There is a different cycle of death and life to Aughra, even though this was obviously a huge exertion of her; it is part of her. It is something she that was able to do because of that connection.”

But even with the return of Aughra and the rest of the Gelfling clans showing up to do battle, the Skeksis remain undaunted. They have harnessed the power of the Darkening — the tainted energy from the broken Crystal — that has been infecting the land. When the Emperor (Jason Isaacs) shoots the power of the Darkening at the Gelfling, small and gentle Deet (Nathalie Emmanuel) steps forward, absorbs it all, and then shoots it back at the Skeksis, who then turn tail and retreat.

“One of the big ecological parables of this show is that you have a system that has suffered the insult of having the Skeksis put into it. The Skeksis are not of Thra, they came from another galaxy perhaps, we don’t know,” said Grillo-Marxuach. “They’re here messing with the system. Deet takes on the Darkening, that is all inside of her, but the Darkening is now also in the ecosystem. She did what she had to do to win that battle and to take in as much of it as she could, but the Darkening is still very much a function of this show. You can see it in the show; there are purple lines of light feeding into the Castle and the Crystal.” 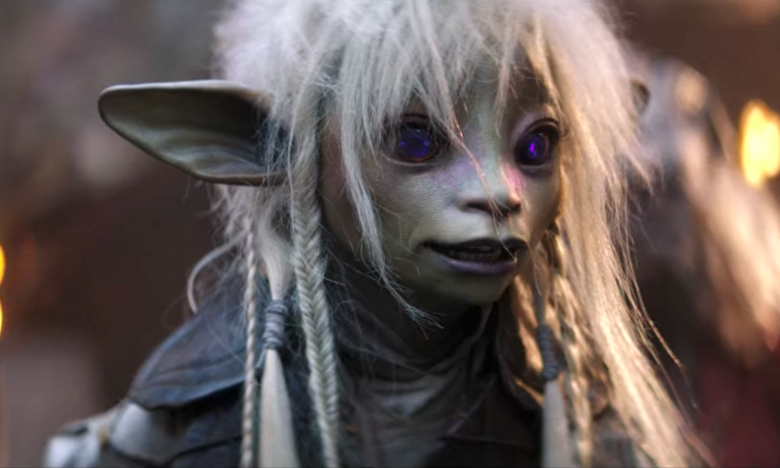 The finale ends on a somewhat victorious note, despite those sacrifices. But it also ends with the Skeksis Scientist (Mark Hamill) bioengineering the murderous Garthim, a race that’s instrumental in killing off many Gelflings and leading to the dire circumstances seen in the original film. How the Gelfling fight back, yet seem to disappear, but eventually bring about the prophecy that saves their race could still provide plenty of fodder for future stories, if Netflix decides to order another season.

“When Jeff and I pitched the show to Netflix way back four years ago, we had an ending that we care a great deal about. We had an ending that talks to the movie and the problem you described,” said Matthews. “If we are lucky enough to get more seasons then the story will go on and we know where it’s going and it’s maybe more hopeful than you might think.”

Addiss said, “We also have a concrete document for season two. So we are ready to go.”

The overall season has continued that message of hope, despite some of the grim times that may lie ahead. The events of the 1982 original film paint Jen and Kira as the two remaining Gelfling after the Garthim have wiped out all the others. But Grillo-Marxuach cautions viewers who assume that the story could lead to an out-and-out genocide.

“We hear what we call the G-word a lot in these interviews because of what the movie presents. But the movie is a pretty small story. And one of the recurring tropes of the show is that the story is much bigger than you imagine and much more complicated,” he said.

“Thra is very unpredictable and it follows rules that are consistent, but they may not be the rules you think thy are, so you need to be very careful about watching that movie and assuming that you know everything.”