TIFF: Dev Patel gives a winning performance in this playful literary update, but Iannucci tries too hard to energize the material. 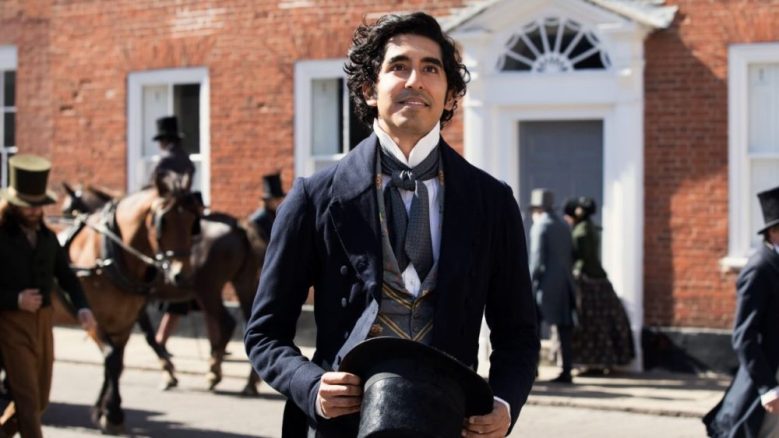 “The Personal History of David Copperfield”

Armando Iannucci has been the reigning king of filmed satire for years, but with “The Personal History of David Copperfield,” he trades zingy political satire for a messy assemblage of whimsical conceits. On its own terms, Iannucci’s warm-hearted adaptation of the Charles Dickens classic has good intentions to spare, from an inspired color-blind cast led by Dev Patel in top form, to a cascade of playful scene transitions that mimic the kaleidoscopic overview of the Victorian narrator’s bumpy life. But even then, the intermittent charm suffers from the choppiness of Iannucci’s approach, which veers from nuttiness to earnest restraint, as if the filmmaker were at war with his better instincts. Iannucci remains a singular voice, but “David Copperfield” marks his first mixed bag.

At the same time, he has clearly pushed his talents to a new arena. With everything from “Veep” to “The Death of Stalin,” the writer-director has transforming dense bureaucratic processes into snappy and sardonic showdowns. With “David Copperfield,” he applies that same skill to literature, transforming Dickens’ sprawling first-person opus into a blithe mid-century romp. But it’s hard to shake the sense that this acerbic storyteller has softened his bite.

Nevertheless, the movie begins with an introduction to the innovative visual style that becomes its most appealing factor. As Patel takes the stage to introduce a rapt crowd to his memoirs, he walks into an open-air backdrop, as the scene changes around him, and wanders into the sunny farmland where his mother gives birth. From there, Patel narrates a freewheeling variation of the original tale, detailing how his amiable single-parent household that took a rough turn with the introduction of his cruel stepfather (Darren Boyd), who beats the boy before sending him off to a harsh boarding school. (The man charges into David’s adulthood as a giant hand crashing through the ceiling of David’s idyllic life.)

Unleashed in an unforgiving city, the boy finds some respite from dopey street-urchin Mr. Micawber (Peter Capaldi, hilariously unhinged) and musters his way to adulthood at the home of his kooky aunt (an inspired Tilda Swinton) and her mentally unstable husband Mr. Dick (Hugh Laurie, who makes for an amiable nut job). These are just a few of the familiar faces from Dickens’ novel who come and go, as the movie careens through years of David’s life as he learns to sort out the fragments and take charge of his family’s legacy. Ben Whishaw makes for a ratty villain as the scheming clerk Uriah Heep, who plots to overtake the legal firm of Mr. Wickfield (Benedict Wong), the trenchant overseer of the Copperfield estate. As his daughter Agnes, Rosalind Eleazar flits between David’s close confidante and potential romantic interest with convincing pathos, while the role of his first love, Dora, falls to a cartoonish Morfydd Clark.

There’s much to be appreciated about the movie’s energetic pace, and the casting never fails to convince. But Iannucci’s restless scene transitions — rising curtains reveal new scenes, projected images provide in-scene flashbacks, and so on — confuse empty gimmicks for innovative narrative trickery. As much as the movie maintains its upbeat and whimsical tone, it falls short of directing that approach to some constructive end. The occasional boisterous moments hint at Iannucci’s true instincts lurking just beneath the material, including a sustained drunken sequence sped-up and choreographed like a classic bout of slapstick, and cringeworthy moments where characters crash into the cluttered sets. But only in its closing moments does “David Copperfield” lean into the sheer outlandishness of the character’s story, by returning to his writing table as he confronts the way he chooses to present himself to the world.

It’s a welcome means of shaking up a familiar set of circumstances by acknowledging that they all take place through one man’s rose-colored lens. His story is a rousing tale of perseverance in large part because he’s the one telling it. That raises questions not only about the various twists leading up to that point, but how they speak to the relationship between British identity and its storied history of grandiose characters. David Copperfield learns to be himself only by working through the many expectations thrust upon him; he’s an inviting centerpiece to the world’s most famous coming-of-age tale, and Patel plays that role with utter conviction.

But Iannucci only comes around to these observations late in the game, and at times drops the meta-textual approach for more straightforward illustrations of the book’s bigger dramatic turns. Of course, Dickens’ book walked its own fine line between satire and sentimentality, so the very unevenness of Iannucci’s approach suggests a sophisticated gamble behind the camera to do justice to the material. Instead, it winds up trapped somewhere between a faithful retelling and half-formed bursts of revisionist concepts. David Copperfield may be an unreliable narrator, but his story deserves a steadier hand.

“The Personal History of David Copperfield” premiered at the 2019 Toronto International Film Festival. Fox Searchlight will release it in 2020.

This Article is related to: Film, Reviews and tagged Armando Iannucci, Reviews, The Personal History of David Copperfield, TIFF