Not really about politics — and certainly not about modern politics — Ryan Murphy's Netflix debut is a watchable but shallow story of teen detachment. 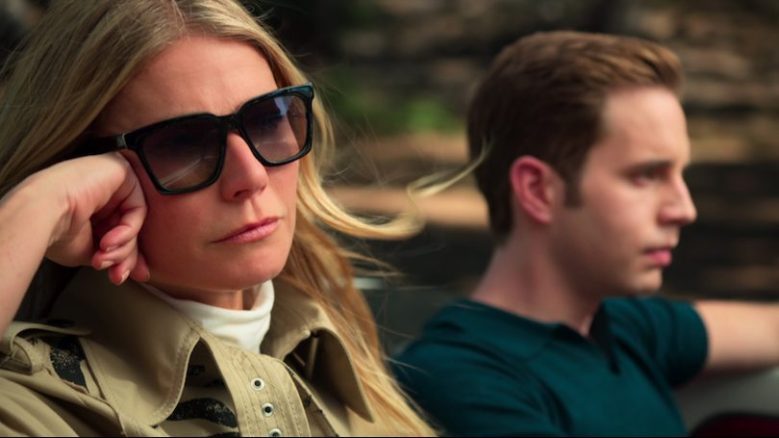 Gwyneth Paltrow and Ben Platt in “The Politician”

In the first scene of “The Politician,” Payton Hobart (Ben Platt) is in the midst of a college admissions interview at Harvard; specifically, he’s at the height of a clearly rehearsed speech about his grand plan to become the next President of the United States. This clean-cut, over-prepared high school senior has studied past presidents to discern critical shared characteristics, and he’s following in their most effective footsteps to his own seat at the White House. As far as he’s concerned, Ronald Reagan created the modern presidency — “the presidency of television and celebrity.” “People like to think of their presidents as characters on TV,” Payton says. “Most actually never meet them in real life.”

But that’s as close as he comes to talking about Donald Trump, and it’s as close as “The Politician” comes to acknowledging the general state of modern politics as a lawless clusterfuck even the most seasoned theorists are baffled by — a place where a 30-year-roadmap is about as valuable as a Ford Taurus on Fury Road. “The Politician” isn’t actually interested in politics. It’s interested in scheming and melodrama, which would be fine if it wasn’t so ostensibly obsessed with using the broken system of government referred to in its title to prop up its plot. What results is a shallow character study supported by equally flimsy ties to important-sounding ideas.

Still, it’s very watchable. Mixing colorful mise-en-scéne with symmetrical framings, “The Politician” is as striking in appearance as it is saturated with action. At times, especially when Gwyneth Paltrow and Bob Balaban are on screen, it feels like you’re watching a truncated homage to Wes Anderson — missing the title cards and slo-motion ending, but complete with quick pans and a quirky, broken family drama at its center.

Payton, as he points out to the Harvard dean, comes from poverty and money. His birth mother was a “cocktail waitress” at a strip club in New Hampshire, but his adopted parents have generational wealth. Georgina Hobart (Paltrow) and her husband (Balaban) adopted Payton as a young boy and raised him as their own… only Georgina is far more fond of him, and the two have forged a strong friendship. He talks to her about art and love, while she offers a few words of motherly advice and encourages his ambitions.

Not that he needs encouragement. Payton has been scheming since age seven and now faces his first test: being elected student body president at the elite Santa Barbara high school, Saint Sebastian. Per his team of advisers led by chief strategist James (Theo Germaine), girlfriend and First Lady stand-in Alice (Julia Schlaepfer), and general coordinator McAfee (Laura Dreyfuss), everything was going fine — but then jock, scholar, and all-around popular kid River (David Corenswet) decided to throw his hat in the ring. The added pressure forces Payton to make a rather desperate gambit, hiring a cancer-stricken student named Infinity (Zoey Deutch) as his running mate (and inheriting her greedy grandma along with her, played by Murphy favorite Jessica Lange).

To say more would dip into spoiler territory, but there are a few things prospective viewers should know: Yes, Platt sings — in a blatant, self-indulgent ploy to utilize the Tony-winning actor’s full talents, Murphy concocts one implausible scenario after the next to put Platt’s pipes on display. Similarly, he struggles to find things for Lange to do, so he  gives her a lot to react to, at increasing levels of scenery-chewing insanity. By now, Murphy’s audience has come to expect this kind of superfluous catering to the cast, but “The Politician” barely tries to justify it within the narrative.

But I digress: What you really need to know is a) This is an ongoing series, so even when it feels like things could wrap up by season’s end, expect a final episode dedicated to rebuilding a similar plot for Season 2, and b) This is not a political show. It’s a teen drama using politics to drive decisions, but never caring to engage in reality. That works fine as pure entertainment — did I mention Platt’s three full-length musical numbers? — but it eliminates any edge “The Politician” may have had and cuts down on the investment you’ll have in each character.

Theo Germaine, Julia Schlaepfer, and Laura Dreyfuss in “The Politician”

Ryan Murphy’s first Netflix original series — under his landmark deal with the streaming giant — is really about how teens are reacting to a post-9/11, mid-Trump, pre-apocalyptic world. Much like “Euphoria” and “13 Reasons Why” before it, “The Politician” sees teens reacting badly to the meaninglessness of adulthood and the future in general. They feel empty, and when there’s no reason to suspect things will improve, they settle for that emptiness. In the HBO drama, Rue (Zendaya) searches for an escape through drugs, happy to spend her life waiting for her next fix because it’s not gonna get better.

Here, Payton also doesn’t think life will get any better, so he obsesses over politics as a means of self-protection. Convinced he doesn’t feel emotions like other people do, Payton chases higher office so people don’t suspect he’s a sociopath; he can check off the boxes of a do-gooder for the rest of his days, just like high school kids check off pre-requisites and extracurriculars. In other words, he thinks he’s different, and he’s hiding in plain sight as a politician — a profession filled with soundbites and platitudes, where very few people will ask any real questions.

Unfortunately, “The Politician” exposes its own failures when those questions are posed. Just like when the Harvard dean looks at Payton and asks a personal question, one he’s not prepared for, the answers are unsatisfying. Instead of feeling like, “Ah, there’s the real Payton,” you feel like the truth is still missing (despite Platt’s obvious skills for fleshing out each placeholder). Perhaps if Murphy cared to wrestle with the confusing, challenging, and often unanswerable universe real teens are trying to make sense of, his show could find the authenticity it needs. But “The Politician” has no interest in acknowledging the real-world whatsoever. Each character is just a character on TV; they never feel like someone you could actually meet in real life, and that’s good enough, I guess.

This Article is related to: Television and tagged Netflix, Ryan Murphy, The Politician, TV Reviews