Fathom Events will screen the classic film in theaters nationwide in September as part of an anniversary celebration. 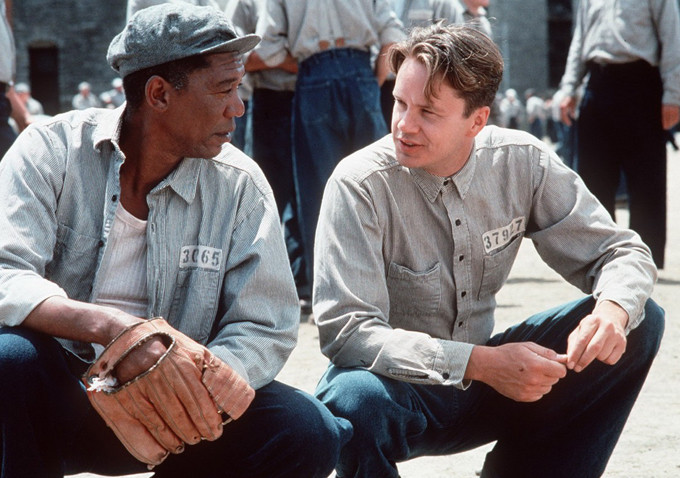 It’s almost impossible to imagine “The Shawshank Redemption” being released today; it’s not the sort of film studios make. Nor was the Columbia Pictures title a hit upon its release on September 24, 1994; it grossed $28.3 million on a $25 million budget. However, it received seven Oscar nominations and went on to become one of the most-celebrated films in history. It was selected for inclusion in the Library of Congress, tops IMDb’s list of highest-rated films (second only to “The Godfather”), and has made a tourist attraction out of the Ohio town where it was shot.

In observation of its 25th anniversary, Fathom Events and the TCM Big Screen Classics series will screen the modern classic in theaters nationwide for three days only: Sept.  22, 24, and 25. Director Frank Darabont says the reason it continues to resonate with audiences is simple.

“The Shawshank Redemption” tells a story of human kindness in the most unkind place: prison. Inmates, played by Tim Robbins and Morgan Freeman, might be easy to write off as heartless criminals, but they form a caring bond over their decades behind bars together in the film based on a Stephen King short story.

“It’s not just the stuff that divides us,” Darabont said. “I think people want to believe that there is goodness and a moral compass in the world. And I think that’s why ‘Shawshank’ has that effect on people. It’s the thing in the Stephen King story that I responded to that seemed like a very timeless kind of idea.”

The intrinsic nature of art to the human experience is just one topic Darabont discussed during an interview with IndieWire about “Shawshank,” his career, and the state of the industry today. The following has been lightly edited for length and clarity.

What are your hopes for this re-release?

I love the idea that people will get a chance to see the movie as we intend for them to see it — which is on a big screen in a theater, hopefully with other people. That’s one of the reasons I actually love these Fathom events. I really do. I’m really tickled that we’re part of it. There’s a difference between seeing, for example, “Dr. Strangelove” or “The Graduate” on a big screen or seeing it at home. Those are two movies that my wife and I went to because of Fathom — how great to have to have been able to see them that way, on the silver screen instead of on the small screen. 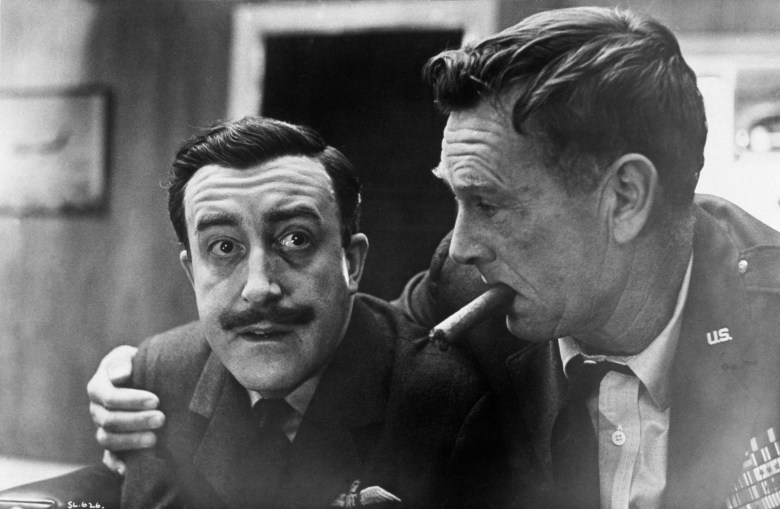 Was that your first time seeing those films in a theater?

No, actually. When I was in my teens — when I started driving — I would go to all the revival houses around town, the Nuart on Santa Monica Boulevard particularly. I was always, “Get the Nuart schedule, get the Nuart calendar,” because they were always showing things like “Dr. Strangelove” and “The Graduate.”

I remember seeing the great adaptation of Kurt Vonnegut’s “Slaughterhouse-Five” there. That was back in the day where something you really wanted to see would play on television, but if you did, half the time entire sections of the movie were edited out and you had to suffer through the commercials — the movie couldn’t weave its magic on you. So I loved the revival houses. I’m going to be taking my wife to see “Lawrence of Arabia” soon. There are certain films that you don’t even want to see on anything less than a big screen. And nowadays of course with digital projection, which I really love, every “reprint” is perfect.

So you’re not a “never digital” guy? You see advantages to digital projection?

Oh gosh, yes, and I definitely see the advantages of digital filming as well. That’s, that’s an oxymoron, isn’t it? “Digital films.” When I did “Mob City,” I did six episodes. Sadly, we didn’t get picked up [for more than a six-episode run on TNT], but it was a tremendous experience. And I loved working with that cast. It was just a golden cast — Jon Bernthal being the star, Alexa Davalos being the female lead. That was such a great experience. And that was the very first time that I did shoot digitally. Oh my God, the advantages are huge.

I was just waiting until the digital photography wound up being as good as it looks on film — and it got there, and now it actually looks better. When digital actually exceeded the resolution of film and had so much more potential for subtlety in the image, I had to just throw up my hands and say, OK, God bless it. Technology can be our friend. I love shooting digitally.

I love it that you didn’t have to call “cut” after every take. You could just reset and go again — keep everybody in that headspace, keep everybody in that mode. It’s so much more effective than going, “OK, cut, let’s reset.” And then I’ll look at [the cast and crew] and the energy dissipates, like letting air out of a ballon. 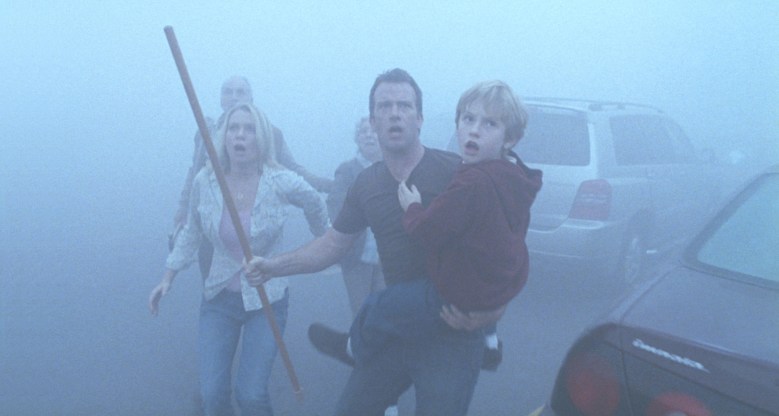 It’s been over a decade since your last feature, “The Mist.” Are you going to make another movie?

Well, that depends entirely on Hollywood. I’m not the guy you’d want to hire to direct a superhero movie, and that seems to be the big focus these days — my kind of filmmaking might be a little bit quaint. We’ll see if there’s any gas left in the tank for me, but I’ve got a couple of things I would love to do. If I could find the home for it, find the funding for it. But neither am I holding my breath — this is Hollywood after all, and lot of people turn blue holding their breath.

That’s a good segue. Do you think a movie like “Shawshank” could be made today, the way you made it?

I absolutely have thought of this many times. I am absolutely certain that I could not make that movie today. I don’t think I could get “Green Mile” made today. I don’t think I could get “The Majestic” made today. I can’t even begin to imagine the studio meddling that would have happened with a movie like “Shawshank,” if not for Castle Rock (which produced it). Castle Rock was — it was the magic kingdom. They were an extraordinary place founded by a filmmaker who understood the creative autonomy that a filmmaker needs to do their best work. It was a tremendously respectful, filmmaker-friendly place. I don’t know if there’s room in our business today for a company like Castle Rock, which is a darn shame.

Are there any bright spots you see in the industry?

I do see people doing some really sensational work. I do see some personal soul-making still happening. “Hateful Eight” is a great example. I see a guy like Danny Boyle going back time and time again, making one great movie after another. It’s not all the franchise stuff, but that there’s some really good movies that come out of that, too.

I love “Doctor Strange.” I’m not necessarily a superhero kinda kind of moviegoer, but there are some examples. Benedict Cumberbatch (the lead) is like my favorite actor these days, I just adore him. That was done very, very well, and I really enjoyed it. That’s one of those you want to get the 4K Blu-ray when it comes out.

This Article is related to: Film and tagged Fathom Events, Frank Darabont, The Shawshank Redemption