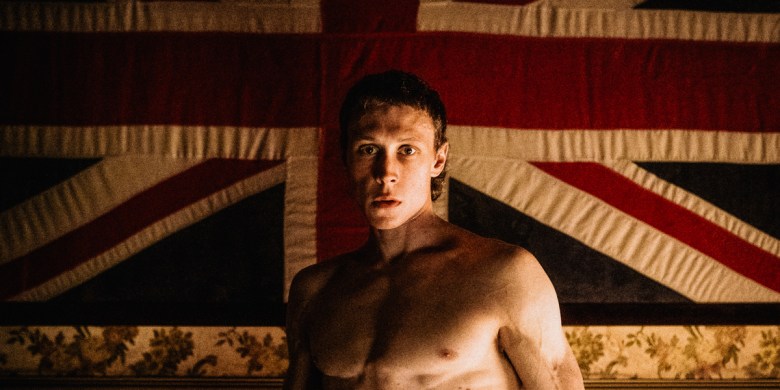 “True History of the Kelly Gang”

When Australian robber Ned Kelly was executed in 1880 at the age of 25, his last words were reported as “Such is life.” Director Justin Kurzel’s sizzling, violent epic “True History of the Kelly Gang” questions that myth, suggesting that the legendary Australian criminal would never shrug off his fate, since he was a fighter right through to the bitter end. The movie hovers in a curious paradox, coming across as both operatic tribute and horrific condemnation, but it’s never less than a nasty crime drama with plenty of grimy characters to keep the stakes compelling throughout. Imagine “Bonnie and Clyde” in the Australian outback — a disturbing glimpse of criminality that provides a subversive taste of its appeal.

Working with his regular screenwriter Shaun Grant, Kurzel has constructed a taut and vivid overview of Kelly’s harsh upbringing and how it transformed him into a vengeful monstrosity, played by George Mackay as Mick Jagger by way of Freddy Krueger. The movie’s jagged narrative and expressionistic asides minimize Kelly’s robberies in favor of getting inside his head, yielding a distinctive punk rock period piece that sympathizes with its anti-hero by remaining close to his dark mindset for much of the story. It’s a furious, decade-spanning ride that works in fits and starts, propelled by undeniable kinetic energy on par with the messy legacy of its subject.

In that regard, “Kelly Gang” marks a welcome return to form for Kurzel, whose unsettling debut “Snowtown” similarly got cozy with a killer mindset. In the ensuing years, the filmmaker’s “Macbeth” and “Assassin’s Creed” adaptations led him astray, into the arena of humorless big-budget curiosities. “Kelly Gang,” by contrast, has a remarkably unified vision; it uses Peter Carey’s novel as a starting point for a rush of grimy lyricism, evoking the conditions that set Kelly on his murderous path. Narrated as a letter to his infant child, “True History” allows Ned to explain his circumstances in his own depraved terms.

His instincts take root in his childhood, as the petite blond grows up in the remote countryside where his promiscuous mother (a frantic, cartoonish Essie Davis) often comes to blows with his reckless father (Ben Corbett). Played by astonishing newcomer Orlando Shwerdt, the young Ned is an eerie introvert who absorbs the impoverished frustrations around him, eventually stepping up to become the man of the house when his dad drops out of the picture. But the real turning point in Ned’s coming of age arrives in the form of pernicious bushranger Harry Power, played by a vulgar, bearded Russell Crowe in one of his wildest performances ever. The role makes a good case for Crowe embracing the curmudgeonly side of his screen presence. His sniveling Falstaffian creation serves as Ned’s entry point into criminal adulthood, at least until he lashes out and learns to think for himself, and then Crowe manages to shrink the intimidating figure into a pathetic creature. Kurzel’s stylistic approach to the story reaches its apex in an astonishing nighttime shot of Harry riding into a shadowy landscape so thick with darkness it may as well be the inner lair of “Under the Skin.”

But while Harry vanishes into that void, Ned illuminates it with his fiery adult persona. As “True History” jumps forward to Ned’s young adulthood, the movie embraces its contemporary resonance with the deafening distortions of the rock band that Mackay and his fellow actors formed over the course of the production. Turning up the volume and spiking the material with a contemporary aesthetic, Kurzel elevates the movie with a striking modern aesthetic.

At the same time, it’s here that the movie sags into a less involving second half, as Ned wanders his old abode and uncovers the cross-dressing criminal antics of clandestine hoodlums compelled by a profound desire to instigate chaos far and wide. As Ned steps up to become their leader, he grows more determined to lash out at anyone attempting to control his trajectory, taking on a leering constable (Nicholas Hoult) who screws with Ned’s family and eventually incarcerates his beleaguered mother. 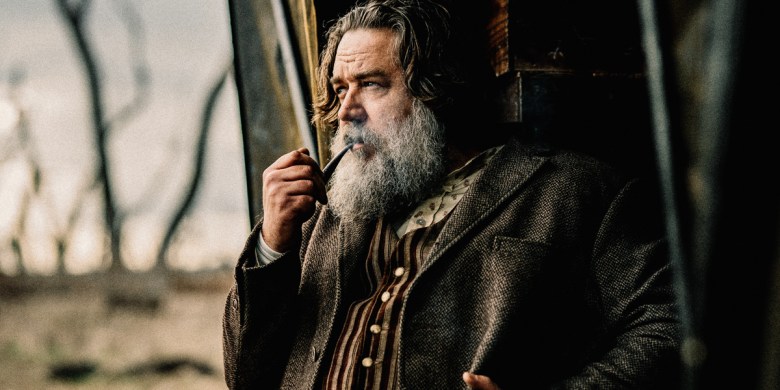 “True History of the Kelly Gang”

Overlong at 124 minutes, “True History” minimizes Ned’s crimes even as he builds up a motley crew of outrageous henchmen, and the curious excision makes it hard to invest in the full picture of his saga. But the movie comes alive again for Ned’s bullet-riddled standoff with local police, a jarring eruption of light and noise that unfolds from the center of the action. The visceral nature of the confrontation makes for the most absorbing display of masculine belligerence this side of Nicolas Winding Refn’s “Bronson,” but more deeply felt throughout. Ned’s not exactly justified in his savage disregard for human life, but “True History” has the gall to get close enough to him that his relentless drive overtakes the drama.

From the title card preceding its opening shot, “True History” makes it clear that the title is a lie — almost everything that follows draws from Ned’s own interpretation of his mythos. At the same time, the movie unfolds as an immersive inquiry into how much truth even matters when parsing the lasting impact of a legend. Whether he’s seen as folk hero or villain, Ned sits at the center of “True History” as a grand mystery that history books will never resolve, and this movie is content to dangle it as an open question.

“True History of the Kelly Gang” premiered at the 2019 Toronto International Film Festival. IFC Films will release it next year.

This Article is related to: Film, Reviews and tagged Justin Kurzel, Reviews, TIFF, True History of the Kelly Gang