The top award was presented to the French drama on Friday, although the filmmaker was absent, as expected. 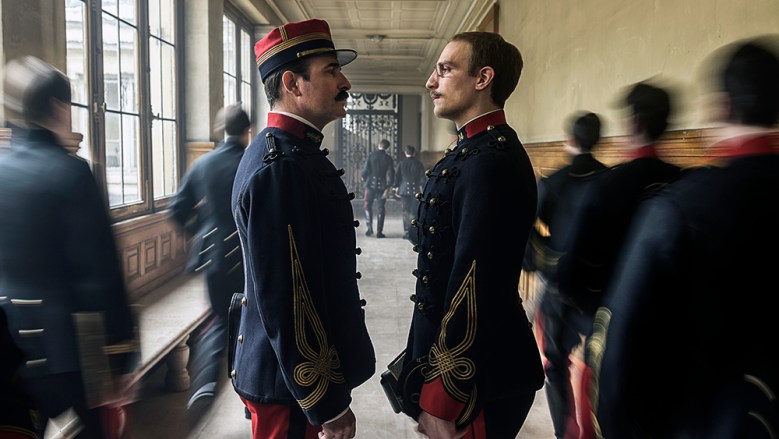 “An Officer and a Spy”

The FIPRESCI (International Federation of Film Critics) has handed out its prize in the 76th Venice International Film Festival’s competition to Roman Polanski’s “An Officer and a Spy,” which wraps its 2019 edition on September 7.

Originally titled “J’accuse,” the French drama about the Dreyfus affair, scripted by Polanski and Robert Harris, is based on Harris’ 2013 novel of the same name. It tells the true story of Georges Picquart, the 19th-century French army officer and Minister of War, as he struggles to expose the truth about the doctored evidence that sent Alfred Dreyfus, a French artillery officer of Jewish ancestry convicted in 1894 of treason, to Devil’s Island. The French penal colony operated in the 19th and 20th century in the Islands of French Guiana, located in South America.

Starring as Georges Picquart is French actor Jean Dujardin, who leaped to international fame with his performance as George Valentin in the 2011 award-winning silent movie “The Artist,” which won him numerous awards, including the Academy Award for Best Actor (the first for a French actor). Alfred Dreyfus is played by fellow French actor Louis Garrel, who is best known for his starring role in Bernardo Bertolucci’s 2003 romantic drama, “The Dreamers.”

The film was selected to compete for the Golden Lion at Venice, where it had its premiere on August 30. While Polanski, as expected, did not attend, “An Officer and a Spy” was reportedly well-received, with a five-minute standing ovation. Reviews have, however, been mixed. IndieWire’s David Ehrlich gave the film a “C-” review, calling it, “A peevish and self-satisfied procedural that unravels the Dreyfus Affair with all the journalistic doggedness of ‘Spotlight,’ but none of the same integrity.”

Meanwhile, in its Horizons/Orizzonti section, the FIPRESCI prize went to the Spanish drama “Blanco en Blanco” (“White on White”), Théo Court’s sophomore feature. Starring Alfredo Castro, Lars Rudolph and Lola Rubio, the political thriller is set in the early 20th century, and follows Pedro (Chilean actor Castro), a photographer who travels to Tierra de Fuego, an island off the south of Chile, where he is commissioned by a wealthy landowner to photograph his marriage ceremony. He discovers that the bride is little more than a child, and becomes enamored with her, which, of course, leads to certain consequences.

The 2019 edition of the Venice International Film Festival kicked off on August 28, and ends on September 7.

This Article is related to: Awards and tagged An Officer and A Spy, Roman Polanski, Venice International Film Festival