Law enforcement, domestic terrorism, and vigilante justice all figure into this early look at Damon Lindelof's upcoming reworking of the classic graphic novel. 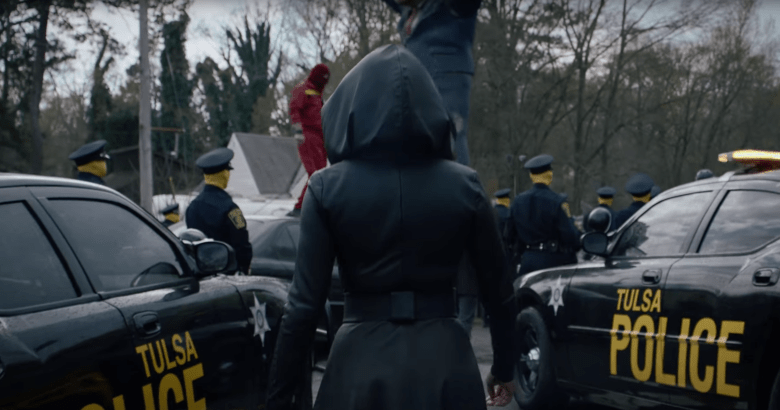 Ever since the news broke in fall of 2017 that Damon Lindelof was working on a “Watchmen” pilot for HBO, fans and casual observers have wondered what form this new adaptation might take. After a couple looks at the new series over the summer, HBO released one more sneak peek at what’s in store.

Plenty of the show’s new spins on old iconography was introduced in those teases, but this latest window into the show has a pretty firm grasp on what sets this “Watchmen” table. After years of relative quiet from the Kalvary (a domestic terror group adopting the familiar Rorschach mask as their uniform), an act of violence leads the police in Tulsa, Oklahoma to presume that the dormant group might be planning something larger.

In order to head off this threat, the local sheriff’s office teams up with a handful of masked individuals to prevent something catastrophic. Along the way, there’s plenty of debate about who gets the privilege of wearing a mask to keep themselves safe, and what might be the underlying cause of this growing animosity.

Lindelof spoke at this summer’s Television Critics Association press tour, explaining how some of these themes of identity and terror intersect with the political nature of the source material.

“In the original source material, the book was highly political. It was about what was happening in the American culture at the time, even though it was being presented by two British artists. What in 2019 is the equivalent of nuclear standoff between the Russians and the United States? It just felt like it was undeniably race and policing in America. That idea started to graft itself in the ‘Watchmen’ universe and needed to be presented in a responsible way,” Lindelof said.

Nicole Kassell directed the pilot episode, slated to debut on the network next month. The cast for the series, many of whom can be spotted in this trailer includes Regina King, Don Johnson, Tim Blake Nelson, Hong Chau, Louis Gossett, Jr., Yahya Abdul-Mateen II, and Jeremy Irons.

Watch the full — and presumably final — trailer for the series (including the crashing of a very familiar owl-inspired aircraft) below: