Over 20 years, Davy Rothbart assembled his documentary about a family shattered by gun violence just 17 blocks from U.S. Capitol building. 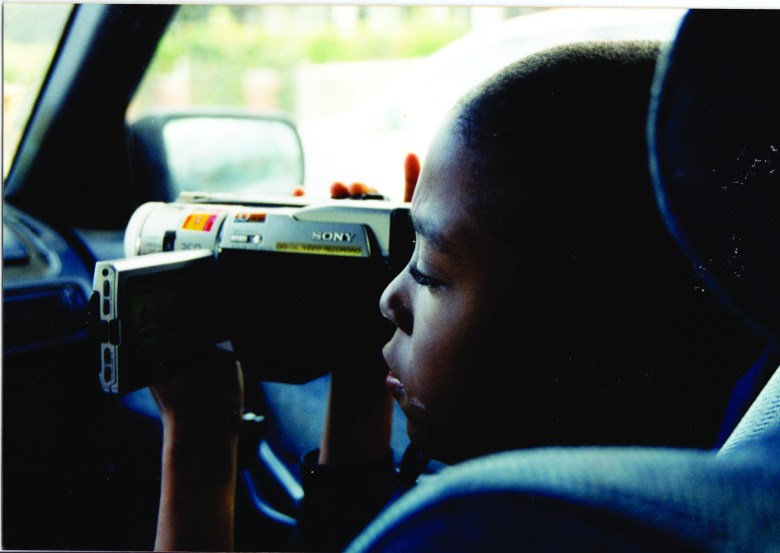 “17 Blocks” filmmaker Davy Rothbart began filming the members of the Sanford-Durant family when he met 9-year-old Emmanuel and his older brother Smurf while playing basketball at a local Washington, D.C. court in 1999. Over the ensuing 20 years, Rothbart became enmeshed in their family and unofficially adopted by the people whose stories he eventually put on screen in his documentary.

“I wanted to make a narrative film, and I thought Emmanuel would be a perfect lead actor. And so as we became friends, and [their mother] Cheryl and everyone welcomed me into their house, we filmed little bits and pieces of this narrative film I had an idea for,” Rothbart said at an International Documentary Association screening in Los Angeles. “But quickly I realized the family themselves and just their everyday goings-on was what was the most interesting to me.”

The film is comprised mainly of footage the family shot themselves, plus what Rothbart captured when he visited them.

“We filmed it together — they filmed much of this film — and over the many-year journey of editing it the last few years, we talked about the ideas behind the film and the stories that we wanted the film to tell,” he said. “The first 10 years was home video, in a sense. It was the family and I just having a camera, playing with a camera, learning to use a camera, and sort of documenting our stories, but just in a casual way. And everything changed on New Year’s Eve 2009.”

That’s when the family experienced a major tragedy — one of them had been killed — and Rothbart flew to visit them immediately after they called with the news.

The effect of gun violence on the family, who lived 17 blocks from the U.S. Capitol at the time, are personal in this film. That’s because they hope it’ll turn victims of gun violence from “statistics,” as Cheryl told Rothbart, into real people. “If people get to know [the family member], if they meet [them], if they see the amazing young [person they were]…maybe then they will understand this problem. That’s our goal with this film, is to share [our] story, and by extension share the story of hundreds of thousands of young men and women just like [them].”

“Cheryl said, ‘people have to understand what really goes on, what happens here. And I want [their] life to matter.'”

Watch more from Rothbart’s IDA conversation in the video below:

This Article is related to: Film and tagged Documentaries, International Documentary Association, Tribeca