Turning the long-running series of Zach Galifianakis-starring shorts into a feature-length story was a challenge. 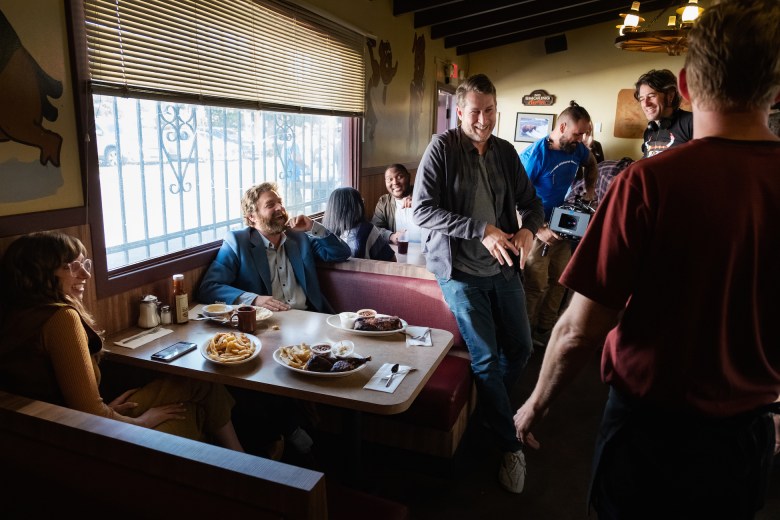 “Between Two Ferns: The Movie”

Scott Aukerman spent the better part of the last 24 months making a movie. For a significant chunk of that time, he couldn’t really tell that many people what it was.

“We had two different code words for the movie,” Aukerman told IndieWire in a recent interview. “Our producer Corinne Eckhart came up with one of them, which was ‘Pineapple Harvest.’ Anytime we would be in an elevator talking about the movie and there were other people, we would have to use that and say, ‘What are you doing tomorrow?’ ‘Ah, I have to go write ‘Pineapple Harvest.’ Another one I think was ‘Child Ninja,’ what all the signs would say that would lead you to the set. It was definitely a little more high stakes and we had to keep everyone who was going to be in the movie a secret.”

That cloaked production ended up becoming “Between Two Ferns: The Movie,” a project whose relative secrecy turned out to be just one of the challenges in taking a beloved series of online shorts starring Zach Galifianakis and transforming it into one of Netflix’s newest offerings.

Part of that production sleight of hand involved finding the right people to build out the fictional camera crew following around the fictional Galifianakis as he conducts the show’s trademark uncomfortable celebrity interviews. Aukerman said that he wrote the part of producer Carol for frequent collaborator Lauren Lapkus. (The two co-host the podcast “Threedom” and Lapkus has been a frequent guest on “Comedy Bang Bang,” the podcast that Aukerman has headed up for over a decade.) Building out the rest of the movie’s central group of public access stalwarts — one that eventually included cast members Ryan Gaul and Jiavani Linayao — came from a slightly unconventional audition process. 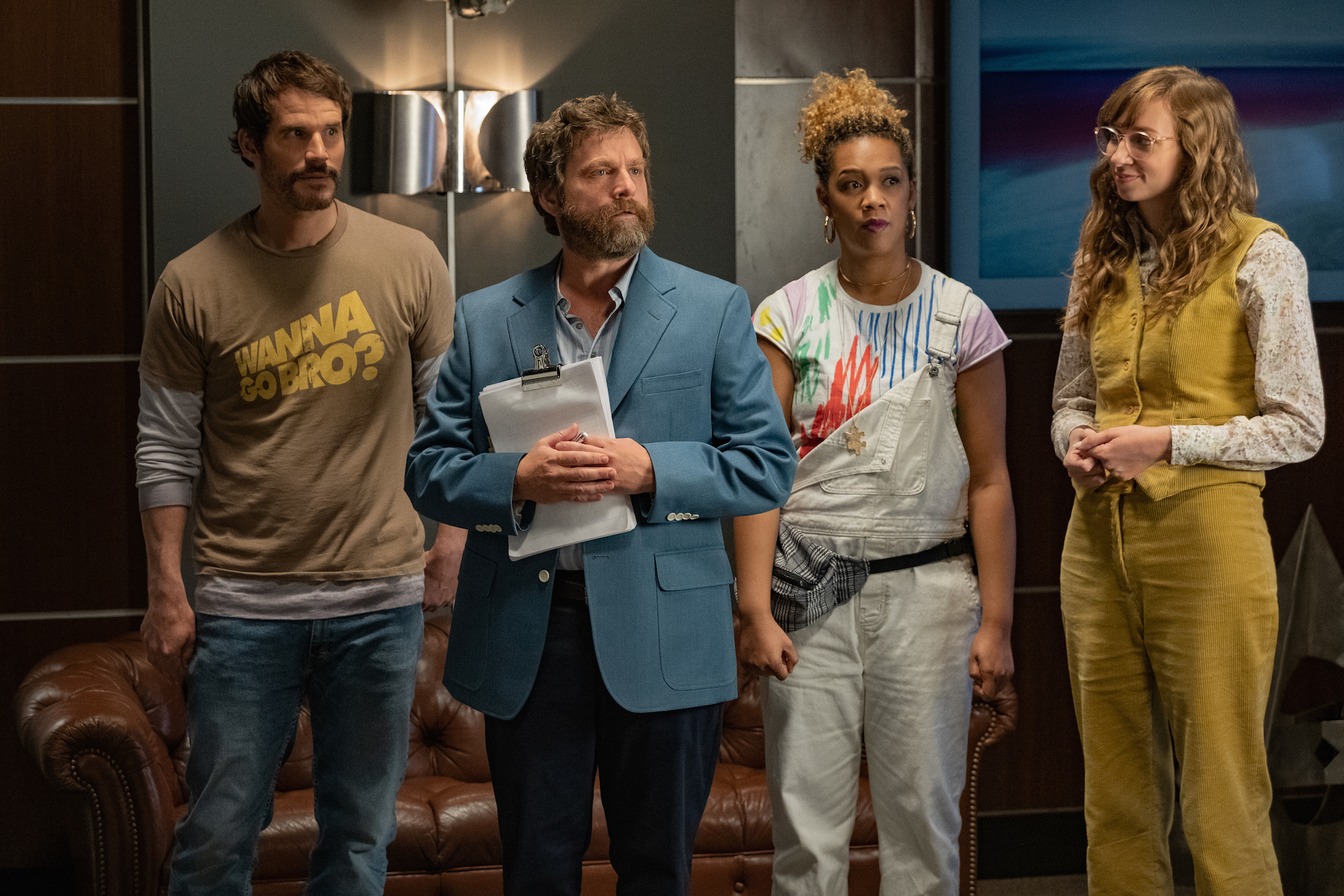 “Between Two Ferns: The Movie”

As the project went on and the cast solidified, tracking their character beats became an ongoing process that dovetailed with the evolving script. The structure of the movie meant that, aside from the opening events that set the film in motion — a catastrophic water misadventure with Matthew McConaughey and an ultimatum from a cartoonishly greedy Will Ferrell —there wasn’t much of a guarantee where certain sequences were going to fall in the overall flow of the story.

The freewheeling story approach led to some cases where entire storylines might vanish in the final cut, so Aukerman worked ahead to get certain footage during production that could help fill in those gaps, if needed. One notable example is the sequence involving Peter Dinklage, a non-interview segment of the movie that didn’t quite have a fixed place in the film before they started filming it.

“We knew the middle of the movie was a road movie, but we didn’t know in what order we wanted any of these celebrities to go. Even with the Peter Dinklage scene, I think while we were filming it, I started realizing that scene was probably the last interview,” Aukerman said. “We just filmed a funny scene and it could’ve gone anywhere, but we started realizing the emotional arc of the characters is their lowest right before Dinklage. I had them throw in a couple of lines and alternate takes, asking Zach and the whole crew to do a different version just in case it got moved later in the movie. So we were pretty well covered in the editing room where we had various versions of things that we could pull from.”

Another aspect of the adaptation process was realizing how to maintain the preexisting “Between Two Ferns” spirit while having it be able to stand on its own for the uninitiated. With that surplus of footage, Aukerman said that there’s enough to compile a three-hour cut. But even if that idea never comes about, he said there are plans to release more of the standalone episodes like the Paul Rudd one above (which has probably the best line in the entire movie).

“We are going to be releasing the full episodes, but that’s about the extent of the deleted scenes that we’re going to release, I think. Which is kind of unfortunate in a way because it’s all super funny stuff. We found a bunch of people who were really funny and had great chemistry. I would talk with all the actors about their characters too, and try to fit in whatever their ideas were. In a movie, you barely have any time to go deep into that,” Aukerman said.

Aside from coming up with a code title that conjures up a picture of a toddler wielding a katana, Aukerman said that there were definitely translatable parts from this process that he — or anyone else looking to craft something on the fly — could take into a future project.

“I think it would be cool to make a more traditional movie. I really would take the lessons I learned on this, making sure we have enough time in the schedule to make the actors feel comfortable playing around with it and not always be constantly setting up for the next shot. I think that’s the thing to take from an improv movie like this,” Aukerman said.

“Between Two Ferns: The Movie” is available to stream on Netflix.

This Article is related to: Television and tagged Between Two Ferns, Netflix, Scott Aukerman, TV Interviews