The Mouse House is hoping a push into literature can get Chinese audiences primed for the upcoming release of "Star Wars: The Rise of Skywalker." 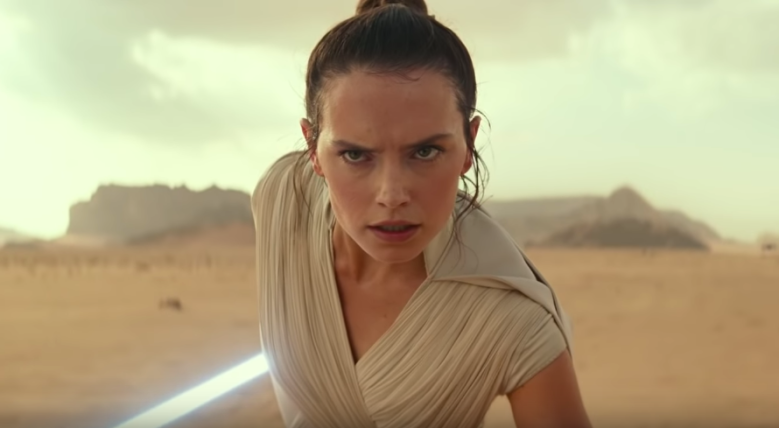 China is the world’s second-largest film market and is often instrumental in driving up a film’s international box office haul, which is why Disney is taking some pre-emptive measures to assure the future of “Star Wars” looks bright in the Middle Kingdom. Disney and China’s biggest online publisher, Tencent’s China Literature, are teaming up to release a new “Star Wars” novel, details of which remain under wraps (via Variety). The companies are also re-releasing 40 “Star Wars” novels in Chinese for the first time. To boost popularity, the “Star Wars” novels will be released for free on Tencent’s digital platform during the first week of availability.

As Variety’s Rebecca Davis reports, the literary deal is “an attempt to cultivate grass-roots enthusiasm for a franchise that has not yet managed to find a strong foothold in the world’s second-largest film market.” The “Star Wars” movies have long struggled to gain a footing in China. J.J. Abrams’ trilogy-starting “The Force Awakens” earned $124 million in 2016, not a disaster but far below other U.S. tentpoles like the Marvel movies or “Fast and Furious” films. Even maligned American blockbusters like the ill-fated 2016 “Warcraft” adaptation have outgrossed “Star Wars” in China (“Warcraft” made $225 million there). In summer 2018, the “Star Wars” prequel spinoff “Solo” tapped out with just $16 million, while “The Last Jedi” plummeted from “Force Awakens” with just $42 million.

“We hope we can help more Chinese readers engage with ‘Star Wars’ stories and help the force of ‘Star Wars’ shine brighter in China,” China Literature CEO Wu Wenhui told reporters in Shanghai when announcing the upcoming book releases. Per Variety, a Disney representative added the book launches would be “putting the vast world of the ‘Star Wars’ universe at the fingertips of Chinese consumers.”

A popular Chinese online novelist who goes by the name “His Majesty the King” will be writing the brand new Chinese-language “Star Wars” novel. No plot details have been revealed, but the book is being advertised as an “authentic ‘Star Wars’ story with Chinese characteristics.” Disney is clearly hopeful the book launches will boost “Star Wars” popularity ahead of December’s “Star Wars: The Rise of Skywalker” and future new “Star Wars” films from the likes of Rian Johnson and “Game of Thrones” creators David Benioff and D.B. Weiss.

This Article is related to: Film and tagged Books, China, Star Wars, Star Wars: The Rise of Skywalker