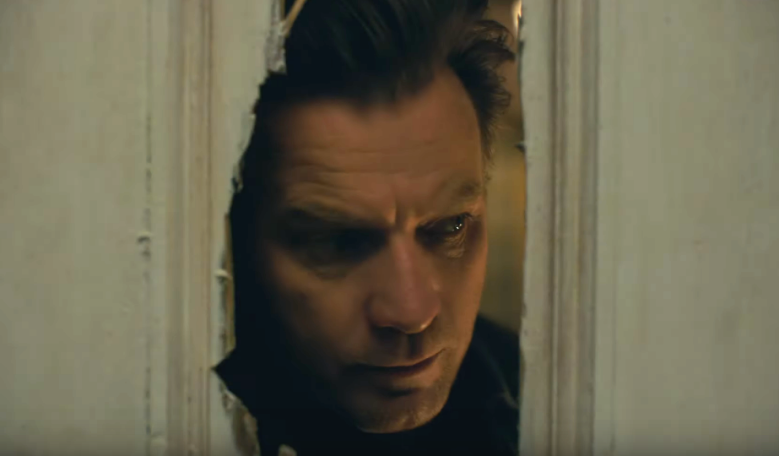 Horror maestro Mike Flanagan has issued a warning to moviegoers anticipating his upcoming Stephen King adaptation “Doctor Sleep”: “Yeah, you may want to go with the SMALL soda.” Flanagan’s advice comes on the heels of AMC Theaters confirming “Doctor Sleep” will have a runtime of 152 minutes (that’s two hours and 32 minutes, horror movie fans). The runtime not only makes “Doctor Sleep” the second Stephen King film to run over 150 minutes in 2019 (September’s “It Chapter Two” clocked in at nearly three hours with its 169 minute runtime), but it also makes “Sleep” longer than Stanley Kubrick’s “The Shining” (146 minutes).

“Doctor Sleep” is based on King’s 2013 “Shining” sequel novel of the same name. Ewan McGregor stars in the film as an adult version of Danny Torrance, now an alcoholic night nurse struggling to recover from the trauma of his childhood (as depicted in “The Shining”). Danny finds new purpose when he meets a young girl with similar shining powers. “Doctor Sleep” is the latest horror offering from genre favorite Flanagan, whose credits include “Oculus,” “Hush,” “The Haunting of Hill House,” and King adaptation “Gerald’s Game.”

With its 152 minute runtime confirmed, “Doctor Sleep” appears to be taking its commitment to horror atmosphere over jump scares quite seriously. Flanagan said earlier this year that one way he would remain true to Kubrick’s “The Shining” is by prioritizing that film’s slow-building dread in “Doctor Sleep.”

“When we were developing the project and when we were talking about the metered expectations audiences have about, in particular, jump scares and startles and the pacing of those, which we’re utterly uninterested in this film, [was] I would say, ‘What’s your favorite jump scare in ‘The Shining’?” Flanagan said. “There isn’t one. The same is true here. We used a lot of the lessons that Kubrick taught us about how to do a psychological thriller, a supernatural thriller, in a way that is more about suffocating atmosphere and tension than it ever is about the kind of traditional scares as we understand them today.”

“Doctor Sleep” joins not only “It Chapter Two” but also Ari Aster’s “Midsommar” (147 minute theatrical release, 171 minute director’s cut) as being another 2019 horror offering with an epic length. Warner Bros. is releasing “Sleep” in theaters nationwide November 8 following its global launch on October 30.

Yeah, you may want to go with the SMALL soda… https://t.co/16ZYaehmbA

This Article is related to: Film and tagged Doctor Sleep, Stephen King, The Shining