A trio of fantastic, understated performances at the film's center are the ultimate payoff to a show that was always built on patience. 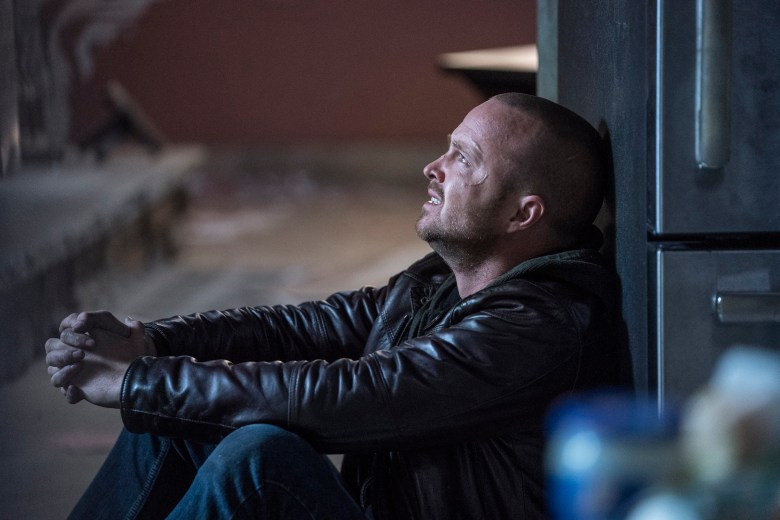 For a film filled with dig-your-fingernails-into-your-palm tension, it’s both unexpected and unsurprising that one of the most gripping moments in the new Netflix film “El Camino: A Breaking Bad Movie” centers on pizza. As Jesse Pinkman (Aaron Paul) holds a loaded gun at his side, Todd Alquist (Jesse Plemons) tries to talk him down with the promise of the kind of greasy food his prisoner hasn’t had in months.

By that point in the “Breaking Bad” timeline, Jesse is a man so broken that he’s even lost the luxury of a snapping point. So his brandishing the gun isn’t a wild, desperate threat against a captor who’s taken him out to the desert. Nor is Todd’s response some overbearing shouting into submission. It’s two men having a largely nonverbal conversation, one that could easily end in one or both of them dead.

That’s “Breaking Bad” in a nutshell. Sure, there will always be the “I am the danger” T-shirts or the memories of Tio Salamanca’s last moments before turning his nursing home quarters into a blast site. But what separated “Breaking Bad” was what happened in between those literal and figurative explosions. The conversations around the conversations put the audience on the same level as the characters themselves, trying to parse out meaning from the slightest change in inflection or turn of phrase.

“El Camino” is Jesse’s story, so it makes sense that Paul is the anchor of the story. Writer/Director Vince Gilligan paints Jesse at a point where his arc, playing out relatively close to real time, can’t be a broad or obviously noticeable one. Paul is walking a tightrope with Jesse’s fragility to the point where just being able to have a conversation is a triumph. Being on the run again does shake him back into some of his old patterns, but talking to his parents or the man who literally built the cage he was trapped in until he lost all sense of time – those sentences bear the weight of everything that filed him down to mere survival instincts.

Even when Jesse argues for himself with vacuum and identity relocation specialist Ed Galbraith (Robert Forster), there’s a touch of desperation churned up, too. After a brief glimpse of his old wisecracking ways, the sinking realization that he’s $1,800 short of a new start puts him right back in fragile mode. More than wardrobe or hairstyle, Paul’s ability to track those shifts with each Jesse flashback era that “El Camino” traffics through is what keeps that emotional core consistent. 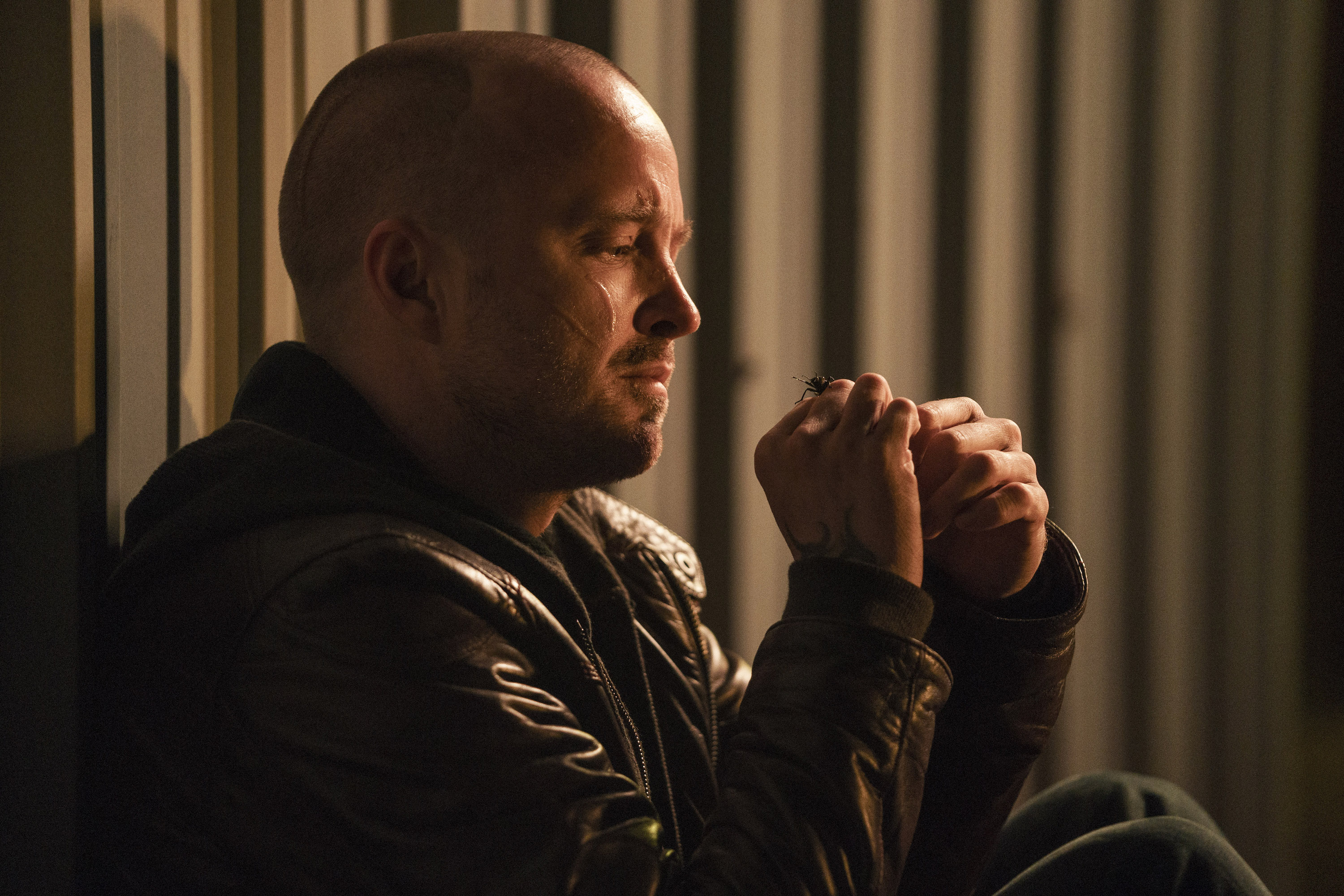 Now that the film’s been out in the world for long enough, it’s worth talking about how much Plemons brings to this whole enterprise. Deservedly second-billed in the movie, Todd looms large over Jesse’s trauma. Plemons keeping Todd at such a lower emotional frequency makes Jesse’s time in captivity that much more heartbreaking. Jesse doesn’t even get the clear expression of evil to rail against or to turn into an easy foil.

Instead, Todd can give the illusion of empathy, even as he’s choosing to do the bidding of a malicious illegal drug peddling operation. Gilligan sets up a world with a power dynamic that’s clearly drawn — all Todd has to say is that any attempt to flee means certain danger for Brock. So Plemons takes that free rein to focus on playing Todd as a morally corrupted footsoldier who just happens to approach his duties with the relative day-to-day enthusiasm of an insurance adjuster looking at minor water damage. Whether a viewer knows the extent of Todd’s crimes as shooting a child in cold blood (on-screen in “Breaking Bad”) or strangling a housekeeper (off-screen in “El Camino”), Plemons doesn’t need to do anything mannered or forced to burnish his credentials as a banal, evil force in this story.

He and Forster share something in their approach in “El Camino.” Neither of them veer so far in the other direction that their lack of conventional criminal signifiers seems like a trying-too-hard affect. Their reserved approaches to Todd and Ed aren’t the absence of emotion, but the conservation of them. Plemons’ goal with Todd isn’t necessarily to make him boring, it’s to make him as ordinary as possible. Walter White’s journey from high school teacher to kingpin is what sold the show, but “El Camino” is proof of why those larger, fiery sequences resonated so much more: they happened in the most unassuming and unlikeliest of places.

Ed Galbraith is such an ideal tribute to the late Forster because it showcases his abilities as an economical performer. As Jesse counts out the bag of money, Forster doesn’t waste any movement as Ed explains how and why the pile of cash is enough. Forster was a presence on screen, and it’s what he’s able to add to that interaction in the vacuum cleaner store that offers up another layer of “Breaking Bad” ambiguity: Is Ed really denying Jesse because of owed back payment, or is he trying to use that missing total as an excuse to save Jesse from an Alaskan-bound existence with empty pockets? Forster, in conveying Gilligan’s writing, allows both options to be valid.

So to those who might say that “El Camino” serves no narrative purpose within this greater TV story or that this two-hour film is too self-contained for its own good, there’s a built-in counterpoint inside that runtime. “El Camino” doesn’t rewrite “Breaking Bad.” It’s a reminder of what was always there, simmering under the surface even when it wasn’t calling attention to itself.

“El Camino: A Breaking Bad Movie” is now available to stream on Netflix.