Nielsen reports Vince Gilligan's return to "Breaking Bad" is a ratings success for Netflix, as well as a critical favorite. 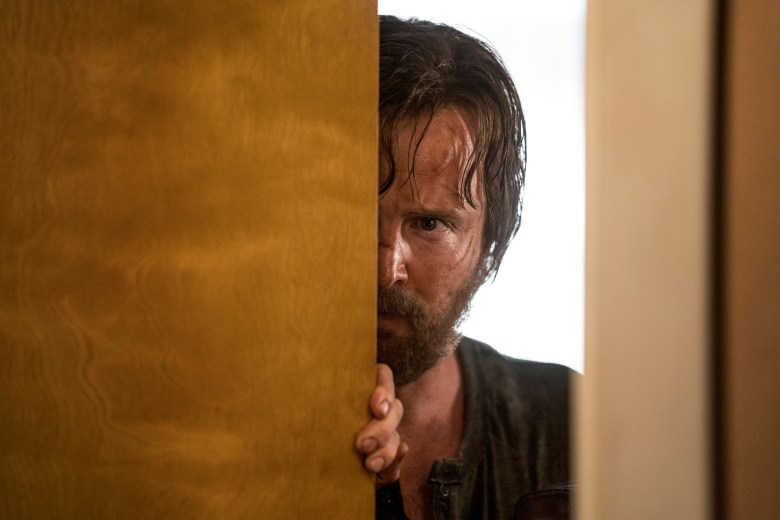 As reported by Deadline, “El Camino: A Breaking Bad Movie” drew an average-minute audience rating of 6.5 million in its first three days, which totals out to around 8.2 million U.S. viewers over its opening weekend. While Netflix is traditionally tight-lipped about its viewership numbers and what they mean, this certainly has to be seen as a success for the Aaron Paul-led, Vince Gilligan-directed follow-up film to AMC’s “Breaking Bad” — especially on top of the established critical success of the film.

According to Nielsen’s SVOD Content Ratings service, “El Camino’s” average minute audience during its opening weekend was 6.5 million viewers, with 2.6 million of those viewers (its biggest audience) coming on its October 11 release date. Over those first three days, 36 percent of the average minute audience were also young adults in the 18-34 demographic. For perspective, “Breaking Bad” the television series didn’t hit the 5 million viewer mark until the second half of its fifth and final season, where its premiere (“Blood Money”) hit 5.92 million viewers and average viewership (for Adults 18-49, in Live +3 viewings) was 5.484 million viewers.

Nielsen’s report also notes that the audience for “El Camino” was primarily young and male, with 40 percent of viewers being men between 18-49 years old and 34 percent of the first weekend viewership landing between ages 18-34. It’s worth noting these numbers only reflect United States Netflix subscribers, which account for just 40 percent of the service’s worldwide base.

The release of “El Camino” wasn’t the only Aaron Paul-led ratings success or Netflix. According to Nielsen, the average minute audience for “Breaking Bad” on Netflix in the week leading up to “El Camino” saw an increase from 62,000 viewers to the more-than-double 153,000 viewers.

Netflix declined to comment on the report. “El Camino: A Breaking Bad Movie” is currently sitting at a 72 rating on Metacritic, indicating generally favorable reviews, and the two-hour event film is streaming now on Netflix.