This is "The Invitation" star Logan Marshall-Green's directorial debut. 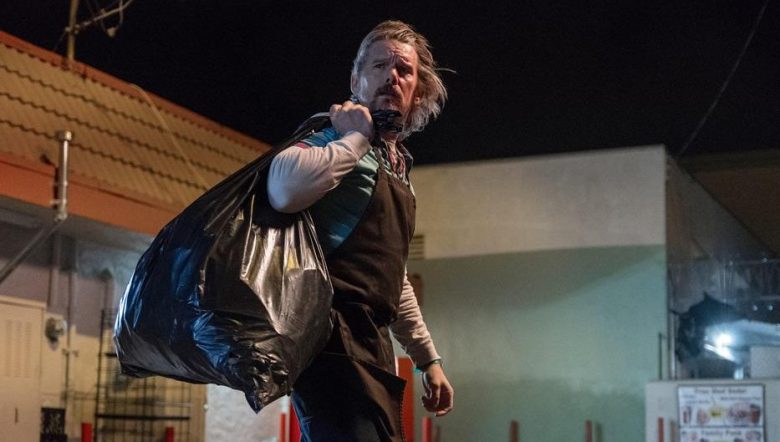 Ethan Hawke stars as an ex-felon looking to right his wrongs in actor-turned-director Logan Marshall-Green’s behind-the-camera debut, “Adopt a Highway,” which hits theaters and VOD on November 1. Watch the first trailer below.

Here’s the synopsis from RLJE Films: “Russ Millings has just been released from prison after serving 21 years for a third strike conviction for possessing an ounce of marijuana. As he tries to adapt to a world he doesn’t recognize – including trying to learn how to use the internet – he finds an abandoned baby in a dumpster behind the fast food restaurant where he works as a dishwasher. Unsure of what to do, and caught between impulses of kindness and panic, Russ soon realizes this could be his chance at redemption.”

“Adopt a Highway” is a Blumhouse production, and director Marshall-Green (best known for starring in films such as “Upgrade” and “The Invitation”) also writes. IndieWire critic David Ehrlich praised the “sweet” film out of its South by Southwest premiere, writing in his review, “‘Adopt a Highway’ is a gentle drama that’s often as clumsy and meandering as its title. Blink during the opening credits and you might not catch why the movie is named after a popular volunteer program. When Russell Millings (Hawke) was in high school, he made headlines for his public service work; when he was arrested for his third non-violent drug offense a few years later, the headlines changed.”

Ehlrich went on to write, “Modest and unfussy, ‘Adopt a Highway’ fails to ground its fable-esque qualities in a deeper bedrock of emotional truth, but its best moments offer a tender glimpse at what people do with several decades of pent-up resentment. Where does all that bitterness go? When someone’s life is taken from them, is it possible to get it back, or give it to someone else? For Russell and Marshall-Green alike, the things they choose to sponsor might be more valuable than whatever they make (of) themselves.”

Along with “Adopt a Highway,” Ethan Hawke was most recently seen in Hirokazu Kore-eda’s English-language Venice Film Festival world premiere “The Truth,” which IFC Films will release. He will soon be seen working with his director pal Michael Almereyda (“Hamlet”) to star as inventor Nikola Tesla in the biopic “Tesla,” as well as in Almereyda’s drama “Tonight at Noon.”

This Article is related to: Film and tagged adopt a highway, Ethan Hawke, Logan Marshall-Green