The film premiered at Telluride before winning the Audience Award at the Hamptons Film Festival, teeing up a potential Oscar nomination. 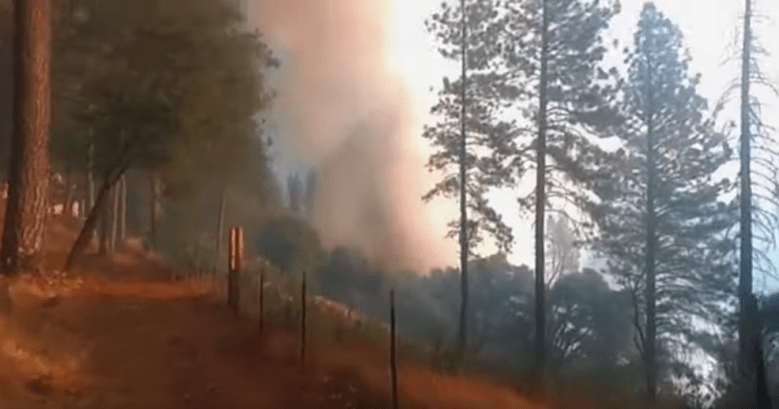 In 2018, Americans watched in horror from afar as the tiny town of Paradise in Northern California became engulfed in flames. Eighty-five people died in what would become the deadliest and most destructive forest fire in the state’s history, and the sixth deadliest in United States history. The devastating outcome of that fateful disaster has been chronicled in a 40-minute documentary “Fire in Paradise,” titled for the ironically named town at the center of the destruction. The film, which premiered at the Telluride Film Festival and won the Audience Award for Best Short Film at the Hamptons International Film Festival, has now released its first gripping trailer.

The synopsis provided by the Hamptons International Film Festival reads: “On the morning of November 8, 2018, a seemingly small fire broke out in Butte County, California, near the town of Paradise. Over the course of a few short hours, the Camp Fire grew into the country’s deadliest wildfire in over a century, killing 85 people and destroying Paradise. Through firsthand footage of the disaster and personal interviews with survivors and emergency responders, ‘Fire in Paradise’ vividly retells the terrifying survival stories from that day.”

Netflix has a good track record for Best Documentary Short, having produced two of the five nominees in the category last year. Those films included Rob Epstein and Jeffrey Friedman’s “End Game” and the winning film, Rayka Zehtabchi and Melissa Berton’s “Period. End of Sentence.”

The streaming giant has already enjoyed a robust year in documentaries, debuting such features as Martin Scorsese’s “Rolling Thunder Revue: A Bob Dylan Story,” “Travis Scott: Look Mom I Can Fly,” “Fyre,” “Woodstock: Three Days that Defined a Generation,” “Knock Down the House,” and the upcoming “Tell Me Who I Am.” Netflix films “American Factory” and “The Edge of Democracy” recently nabbed a coveted spot on the International Documentary Association’s awards shortlist, positioning both films for potential Oscar nominations for Best Documentary Feature.

This Article is related to: Film and tagged Fire in Paradise, Netflix, Short Films