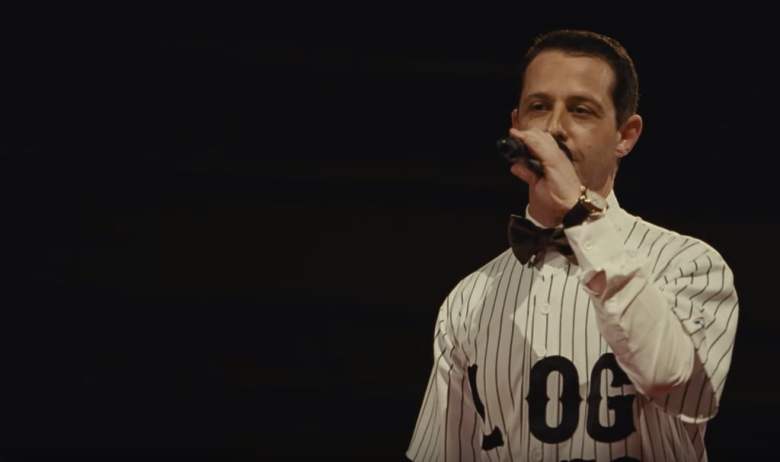 If you’re a fan of “Succession” and you have taste, then you most likely still have Kendall “Ken.W.A” Roy’s (Jeremy Strong) rap about his father Logan “L to the O-G” Roy (Brian Cox) stuck in your head. The song, the glory, and the second-hand embarrassment occurred during an episode that aired two weeks ago (“Dundee”), but just because we’re heading into the season finale doesn’t mean it will be forgotten anytime soon. Or ever.

That’s because the musical concoction was cooked up by the same man that’s provided us with the earworm (and, well—let’s just say it—bop) that is the “Succession” opening theme and the rest of the series’ score: composer Nicholas Britell.

Britell—who is notably also Barry Jenkins’ go-to composer, having worked on “Moonlight” and “If Beale Street Could Talk”—spoke with TV Guide about being a part of this now definitive moment in television history and how he channeled Kendall’s inner “flava.”

“The thing I’ve found throughout the show is that serious stuff feels serious, musically, but the more absurd something gets onscreen, the more serious I play the music,” Britell told TV Guide. “When it came time for this sequence, the assignment, in a way, was a reflection of that same duality. On the one hand, it had to be incredibly cringeworthy — Kendall deciding he was going to perform a rap to his father. But at the same time, it wouldn’t work unless it felt like it was actually really well done. It has to feel well-executed for the humor to also be there.”

In the episode, Kendall credits his “boy” Squiggle for helping him make this glorious piece of art, an opening fact that only makes the whole performance that follows somehow even better. In fact, since this episode, “Succession” fans have struggled with the fact that while the scene is, as mentioned, “cringeworthy,” it is also… actually quite good. Even “Succession” creator and showrunner Jesse Armstrong spoke to that fundamental truth in the post-episode “Inside the Episode” featurette:

“The idea of Kendall rapping was, I remember, I was thinking, if you heard a billionaire’s son had done that, you’d be like, yeah, it sounds like the sort of toe-curling thing you might see on Instagram… I think it’s pretty embarrassing. It’s also kind of good.”

Try as you might to fight it, one thing is uncomfortably true: Kendall Roy’s got bars. Sure, the rap’s accompanying beat—a “reinterpretation” of Johann Sebastian Bach’s “Prelude in C Minor” from Britell’s collection of college beats—certainly helps him out, but a beat can’t contain the hot fire that is a deeply personal lyric like, “Don’t get it twisted / I’ve been through Hell / But since I stan dad, I’m alive and well.”

“The show is constantly embracing the different modes, different tones, and different emotions it’s exploring,” Britell said. “The reason I chose the beat was that it actually resonated with some of the courtly classical sound I’ve been writing for the score. I used to make so many beats, but that one felt like a spiritual cousin to some of the things I’m working on right now.”

Now, it’s one thing for actor Jeremy Strong to rap over a Britell beat in character; it’s a whole other thing for a notable rapper like Pusha T to do the same thing in reality. Which is exactly what’s happened, as HBO has recently announced an official remix of the “Succession” theme by Pusha T—titled “Puppets (Succession Remix)”—due for release this Friday, just in time for the second season finale on Sunday.

“There was only one person on the list of people to reach out to. Of course it had to be Pusha. There was no backup, there was no plan B,” Britell told Vulture. “Pusha’s voice is like a missile!”

Like so many of us, Pusha T also apparently can’t get enough of “Succession.” No idea how he personally feels about Kendall’s rap skills—he does feel that Roman (Kieran Culkin) should be the one to take over Waystar Royco—but we should all know by now that the true path to enlightenment is to face “L to the O-G” head-on, stare into it like the sun, and watch it on a loop until you find the meaning of life or finally realize that Succession is, in fact, a comedy.

Now: Enjoy this bop once more, now with no interruptions.

Something no one asked for: a version of Kendall's terrible rap with all the dialogue removed so you can enjoy it pure pic.twitter.com/bMS2baGpUR