Philip Pullman’s epic trilogy of fantasy novels is back, this time on HBO. 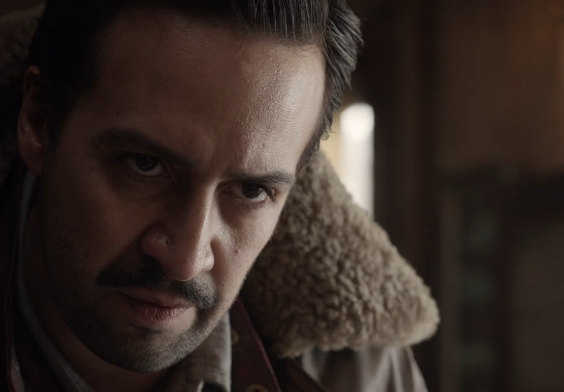 HBO has released the official trailer for its television adaptation of Philip Pullman’s epic trilogy of fantasy novels, “His Dark Materials,” and it looks quite—for lack of a better word—epic.

Dafne Keen stars as Lyra Belacqua, a young girl who ends up at the center of a conspiracy involving her uncle Lord Asriel (James McAvoy), Mrs. Coulter (Ruth Wilson), and child abduction. Set in an alternative universe where every human being has an animal companion known as a dæmon, based on this trailer, it looks like “His Dark Materials” may just scratch the itch left by the absence of “Game of Thrones.”

The trailer expands on the tease HBO unveiled earlier this year at Comic-Con in San Diego, with more exploration of the earthly and otherworldly locales beloved by fans of the books.

The first season of “His Dark Materials” covers the story of the first book in Pullman’s trilogy, “Northern Lights” (aka “The Golden Compass”). A feature film adaptation of “The Golden Compass”—starring Daniel Craig and Nicole Kidman as Lord Asriel and Mrs. Coulter, respectively—was released in 2007, to a mixed critical response and weak domestic box office.

“I thought it was time for the books to be liberated in a space that could do them justice,” executive producer Jane Tranter said during the Comic-Con panel. Tranter, a former BBC executive who oversaw the resurrection of “Doctor Who”, said that the real estate of contemporary television meant that the books would be allowed the space to sound each note that Pullman sounded in the novels.

Now is the time to choose a side.

This adaptation has already seen success prior to airing: The series has been renewed for a second season, which is currently being filmed. Lin-Manuel Miranda and Andrew Scott (as live-action cast), as well as Helen McCrory and Cristela Alonzo (as voice cast for dæmons) are also among some of the stars in the ensemble cast for this upcoming epic, a joint BBC and HBO production. “His Dark Materials” premieres Sunday, November 3 on BBC in the U.K. and then Monday, November 4 on HBO in the States.

“His Dark Materials” was included in IndieWire’s list of the 25 Must-Watch TV Shows for fall. Watch the entire trailer – and yes, warrior polar bears do play a part – below:

This Article is related to: Television and tagged HBO, His Dark Materials, Trailer, TV News