Neon tops the IDAs with four nominees, while the "Courage Under Fire" award goes to "For Sama" director Waad Al-Kateab who shot five years in Aleppo under constant shelling. 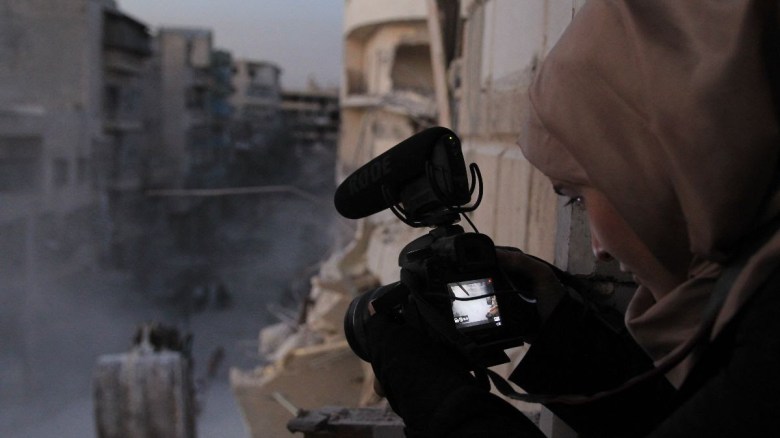 The International Documentary Association revealed nominations for the 2019 IDA Awards, with Neon landing three films in the Best Feature competition, including “Apollo 11” and “Honeyland,” which led the field with three nominations, as well as”The Biggest Little Farm.” “Honeyland” will also collect the Pare Lorentz Award, while Neon’s “Amazing Grace” landed a Best Music Documentary nomination. (The film qualified for the Oscar last year.)

For the first time, the IDA will present an award for Best Director and, notably, all of the nominated films in that category are directed by women. “We felt the need to more clearly acknowledge the creativity and bold directorial vision that is behind many of the films we are privileged to consider,” said IDA’s Executive Director Simon Kilmurry.

First awarded in 2001, the IDA gives the Courage Under Fire Award to documentarians who display conspicuous bravery in the pursuit of truth, putting freedom of speech above their own personal safety.  Past recipients have included Christiane Amanpour, Andrew Berends, Feras Fayyad, Laura Poitras and others. This year’s winner is Waad Al-Kataeb, director and producer of “For Sama,” who filmed for five years in Aleppo, under siege.

“Back in Aleppo, I had no option but to fight the fears and horrors of this war through filming my experience both as a mother and as a female filmmaker,” stated Al-Kateab. “This award means so much, and I hope it will serve as an inspiration to women around the world who are suffering from war or prejudice, so that they may find the strength to film their lives and to tell their truth. I would like to share this award with all of the brave filmmakers and citizen journalists behind the scenes whom you may never hear about and who have experienced these horrors together with us in Aleppo, Ghouta and now in Idleb.”

The 2019 IDA Awards nominees are listed below.

“Sam and the Plant Next Door” (UK / The Guardian. Director and Producer: Omer Sami)

The IDA Awards will be presented at Paramount Studios in Los Angeles on Saturday, December 7.

This Article is related to: Awards and tagged Documentary, International Documentary Association