Tension is inevitable when you get two of the most famous method actors on the same set. 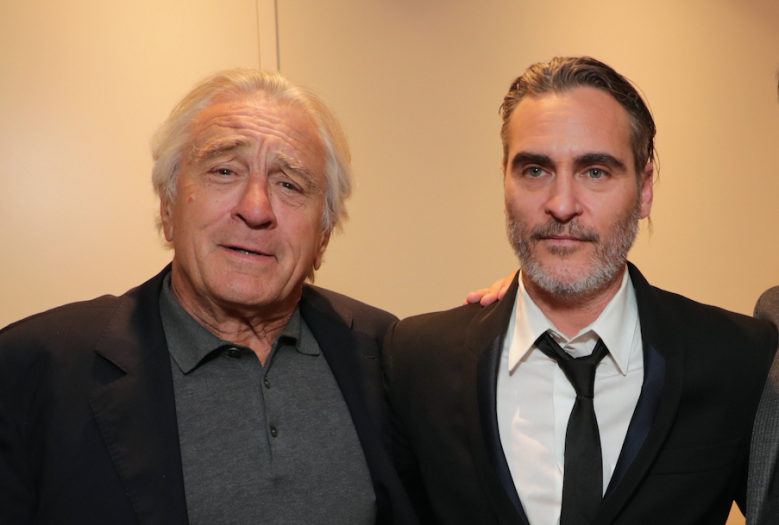 What happens when you get two method-inspired actors on the same set? Just ask “Joker” director Todd Phillips. In a new Joaquin Phoenix cover story for Vanity Fair, Phillips reveals there was some minor tension between stars Joaquin Phoenix and Robert De Niro during the development of their revisionist comic book drama. According to the “Joker” director, Phoenix and De Niro disagreed about the rehearsal process before shooting started. De Niro was adamant about doing a read-through of the script with the cast and crew, but Phoenix disliked that process and works more in-the-moment on set.

“For me, I always thought that acting should be like a documentary,” Phoenix told Vanity Fair about his acting style. “That you should just feel whatever it is that you’re feeling, what you think the character is going through at that moment.”

Phoenix has a “let it happen” acting style, while De Niro believes prep work is standard process. Phillips said, “Bob called me and he goes, ‘Tell him he’s an actor and he’s got to be there, I like to hear the whole movie, and we’re going to all get in a room and just read it.’ And I’m in between a rock and a hard place because Joaquin’s like, ‘There’s no fucking way I’m doing a read-through,’ and Bob’s like, ‘I do read-throughs before we shoot, that’s what we do.’”

Phoenix was persuaded to join the read-through rehearsal, which took place at De Niro’s offices in Manhattan. The way Phillips remembers it, Phoenix “mumbled his way through the script and afterward went into a corner to smoke.” When De Niro requested to speak one on one with Phoenix in his personal office, Phoenix declined. “[Joaquin is] in front of Bob, and he goes, ‘I can’t, I gotta go home,’” Phillips said, “because he felt sick after that read-through, he didn’t like it.”

The two actors eventually worked through their issues, with De Niro giving Phoenix a kiss on the cheek and telling him, “It’s going to be OK, bubbeleh.” Phillips called the reconciliation between his actors “beautiful.” While speaking to Vanity Fair, Phoenix said the two actors rarely conversed on set during the making of the film.

“I didn’t like to talk to him on set,” Phoenix said. “The first day we said good morning, and beyond that I don’t know that we talked much.”

Added De Niro, “His character and my character, we didn’t need to talk about anything. We just say, ‘Do the work. Relate as the characters to each other.’ It makes it simpler and we don’t [talk]. There’s no reason to.”

At the end of the day, Phoenix has nothing but praise for his-costar. “He is my favorite American actor,” Phoenix tells Vanity Fair about De Niro. “I got the impression from him that he did things in [a] scene, certain behaviours, certain gestures or movements, whether the camera was on him and registering it or not.”

In “Joker,” Phoenix stars as the title character while De Niro plays a late night television host who Joker idolizes. The movie is opening nationwide October 4 from Warner Bros.