U.K. audiences were treated this weekend to the world premiere of a new short from the "Under the Skin" director, a five-minute fever dream from hell. 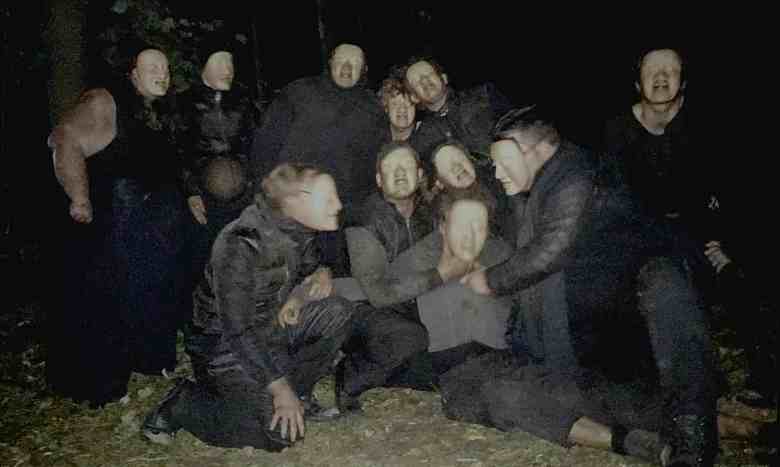 Running just over five minutes, “The Fall” premiered over the weekend in select U.K. cinemas and on BBC Two, and it’s now available to stream online across the pond via the BBC iPlayer, according to Deadline. Glazer spoke with The Guardian’s Catherine Shoard about the film, which depicts a masked mob hanging a man in a forest — a comment on the lynch-mob mentality that Glazer argues has taken hold of our culture.

“I thought it would benefit most from being dropped unannounced,” he told The Guardian. “I didn’t want to frame it with any expectation.” The Guardian piece alleges that this is the only press Glazer is doing for the film, which reportedly contains such Glazer signatures as destabilizing images alternating bright light and pitch black, and a score from Mica Levi, who composed the iconic music for “Under the Skin” (and, more recently, Colombia’s International Feature Film Oscar submission for 2020, “Monos”).

Glazer said one of the defining inspirations for “The Fall” was a picture he saw of Eric and Donald Trump, Jr. on a hunting trip. “The day I saw a picture of the Trump sons grinning with a dead leopard,” he said.

Regarding the film’s themes, Glazer said, “I think fear is ever-present. And that drives people to irrational behavior. A mob encourages an abdication of personal responsibility. The rise of National Socialism in Germany for instance was like a fever that took hold of people. We can see that happening again.”

Other inspirations for Glazer, he said, include the fourth-wall-shattering writings of Bertolt Brecht, and the paintings of Goya, calling selections of the Spanish romantic painter’s works “Hell on earth, witnessed like a photojournalist.”

Glazer, meanwhile, will begin production on his next feature, set in the Auschwitz concentration camp and to be shot in Poland from a script loosely based on Martin Amis’ novel “The Zone of Interest.” The 2014 novel follows a Nazi officer who falls in love with the commandant’s wife.

This Article is related to: Film and tagged Jonathan Glazer, Mica Levi, Under the Skin