Dwayne Johnson and Emily Blunt star in the family-friendly journey into the heart of darkness, which builds an entire narrative out of a theme park attraction. 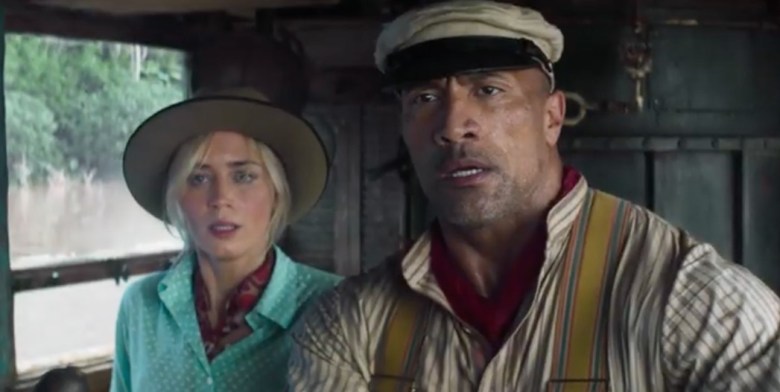 “Of all the jungle cruises you could take in the Amazon, this one is undoubtedly the cheapest. But also the most thrilling!” Combining out-and-out thriftiness and a thirst for adventure is, well, not exactly the theme park way (so pricey!), but appears to be the guiding principle of at least one new Disney character with a heart of gold and a desire for a good deal.

Based on the popular Disney Parks attraction of the same name, Jaume Collet-Serra’s “Jungle Cruise” spins off some of the sillier elements of the long-running boat ride (oohing and ahhing over relatively small waterfalls, the constant “threat” of jungle dwellers displeased by floating interlopers) and attempts to turn them into the kind of frisky, feel-good family adventure the studio has long been known for.

The adventure film stars Dwayne “The Rock” Johnson as a wily boat captain (the one in charge of that cheap, but super-fun rig), with Emily Blunt (literally) on board as a determined explorer on a research mission into the heart of the jungle, where she believes she’ll discover a magical healing tree. The film also stars Edgar Ramirez, Jack Whitehall, Jesse Plemons, and Paul Giamatti.

Despite the seemingly obvious concept to make a Disney movie based on a Disney theme park ride, “Jungle Cruise” has actually cycled through a number of iterations over the past decade. Originally announced back in 2006, that planned feature was written by Josh Goldstein and John Norville, who were reportedly only building their story “loosely” around the attraction. While Goldstein and Norville’s eventual story forms the basis of the current film, in 2011, a version of the film was bandied about that would include a script from Roger S.H. Schulman, one that would star “Toy Story” co-leads Tom Hanks and Tim Allen.

Another four years passed before the House of Mouse rolled out what would become the final version of this “Jungle Cruise,” complete with a script from John Requa and Glenn Ficarra (later rewrites include contributions from Michael Green, Patrick McKay, and J.D. Payne). Johnson joined the film in 2015, with Blunt finally coming on as his co-star in 2018. What a ride!

Disney will release “Jungle Cruise” in theaters on July 24, 2020. Check out the film’s latest trailer below.