Offerings include "Battleship Potemkin" and "Nosferatu" and works by Jean-Luc Godard, Yorgos Lanthimos, and Rick Alverson. 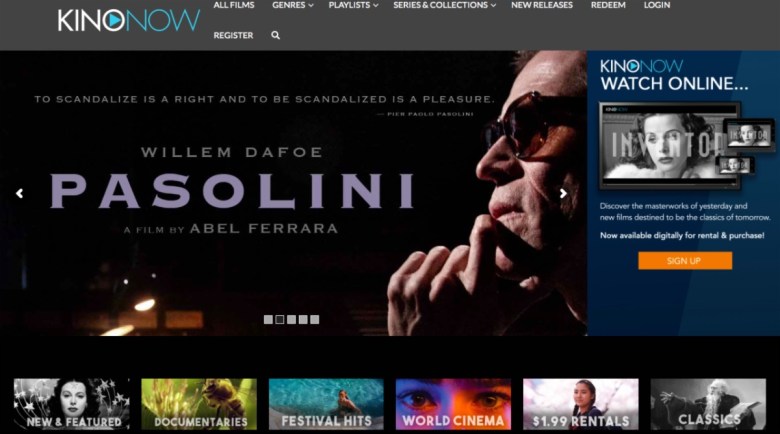 Independent film distributor Kino Lorber on Monday launched its own online movie rental and purchase platform with everything from silent classics “Battleship Potemkin” and “Nosferatu” to works by Jean-Luc Godard, Yorgos Lanthimos, and Rick Alverson.

Kino Lorber President and CEO Richard Lorber bills Kino-Now as a “kind of arthouse iTunes” where some of the most acclaimed films in history will be available at similar price points to Apple’s service. Ana Lily Amirpour’s Iranian vampire western “A Girl Walks Home at Night” is available now to buy for $9.99 or rent for $4.99, for example, and Lanthimos’ “Alps” for $9.99 and $1.99.

“We’ve been leaders in building a direct to consumer business with physical media and now is the time to assert our leadership in the direct to digital space,” Lorber said. “Our superb library will be continually enhanced by the coming of newly acclaimed and award winning theatrical releases. We believe a younger generation of cinema lovers will embrace our collection as a kind of arthouse iTunes with Kino Now putting at their fingertips cinema masterworks of the past and the classics of tomorrow.”

Kino Lorber, a venerable theatrical and DVD distributor of acclaimed arthouse fare, said it will offer early access to movies played in theaters, “festival direct” exclusives, hard-to-find titles, and a huge library of film-history standbys and modern favorites. It’s unclear whether the launch of the service will bring any changes to Kino Lorber’s theatrical release strategy, which includes platform releases for films like Lila Avilés’ “The Chambermaid,” Mexico’s Oscar submission.

The service launched with 600 titles and the company plans to add another 600 films over the next several months. Upcoming additions include “The Chambermaid,” Franco Rosso’s 1980s British reggae hit “Babylon,” and the climate-change documentary “Anthropocene: The Human Epoch.”

Movies will be grouped in curated collections and playlists, such as ones focused on auteurs like Godard, Lina Wertmüller, and Fritz Lang; restorations of works by early African-American and women filmmakers; French and German cinema; Hispanic films; festival favorites; and European horror. The service will soon offer personalized recommendations à la Netflix.

Each year the site will be updated with over 50 first-run and repertory titles plus 500 additional “festival direct” and digital premieres. The service will offer serious cinephiles another option in addition to mainstream services and the Criterion Channel, which offers some of the cinematic classics and rare films available on Criterion Collection DVDs and Blu-rays. But that service operates on a monthly or yearly subscription model, whereas Kino-Now has opted for the ease of a la carte pricing.

Kino Lorber is an active festival buyer, including at the Toronto International Film Festival last month, where it acquired the Italian historical drama “Martin Eden” and “Beanpole,” the sophomore feature from Russian director Kantemir Balagov and Cannes Un Certain Regard prize winner.

Kino-Now can be accessed online at KinoNow.com and on Roku devices and will soon be available to Apple TV and Amazon Fire users.

This Article is related to: Film and tagged Kino Lorber, Streaming