Netflix joins the Best Animated Feature Oscar race for the first time with a Santa comedy that breaks the hand-drawn mold.

In “Klaus,” failed postal trainee Jesper (Jason Schwartzman) gets exiled to a frozen town above the Arctic circle, where he cons Klaus (J.K. Simmons), a hermit carpenter, into making toys for kids so he can mail letters. The retro look has a definite Disney vibe, full of classic squash-and-stretch and illustrative design. But it’s enhanced by stunning lighting and texturing, courtesy of new tracking software from Pablo’s studio in Madrid, which takes 2D into the 21st century with some digital flourishes.

“We needed to find ways to demolish the technical limitations of traditional animation,” Pablos said. “To that end, we developed the tools and means to make sure this film still had that nostalgic quality, but was presented in a completely different way. If we did our job right, you’ll feel like every frame is a hand-drawn painting in motion, where every element is perfectly integrated and bathed in beautiful light, with the charm that only the imperfection of the human hand can produce.” 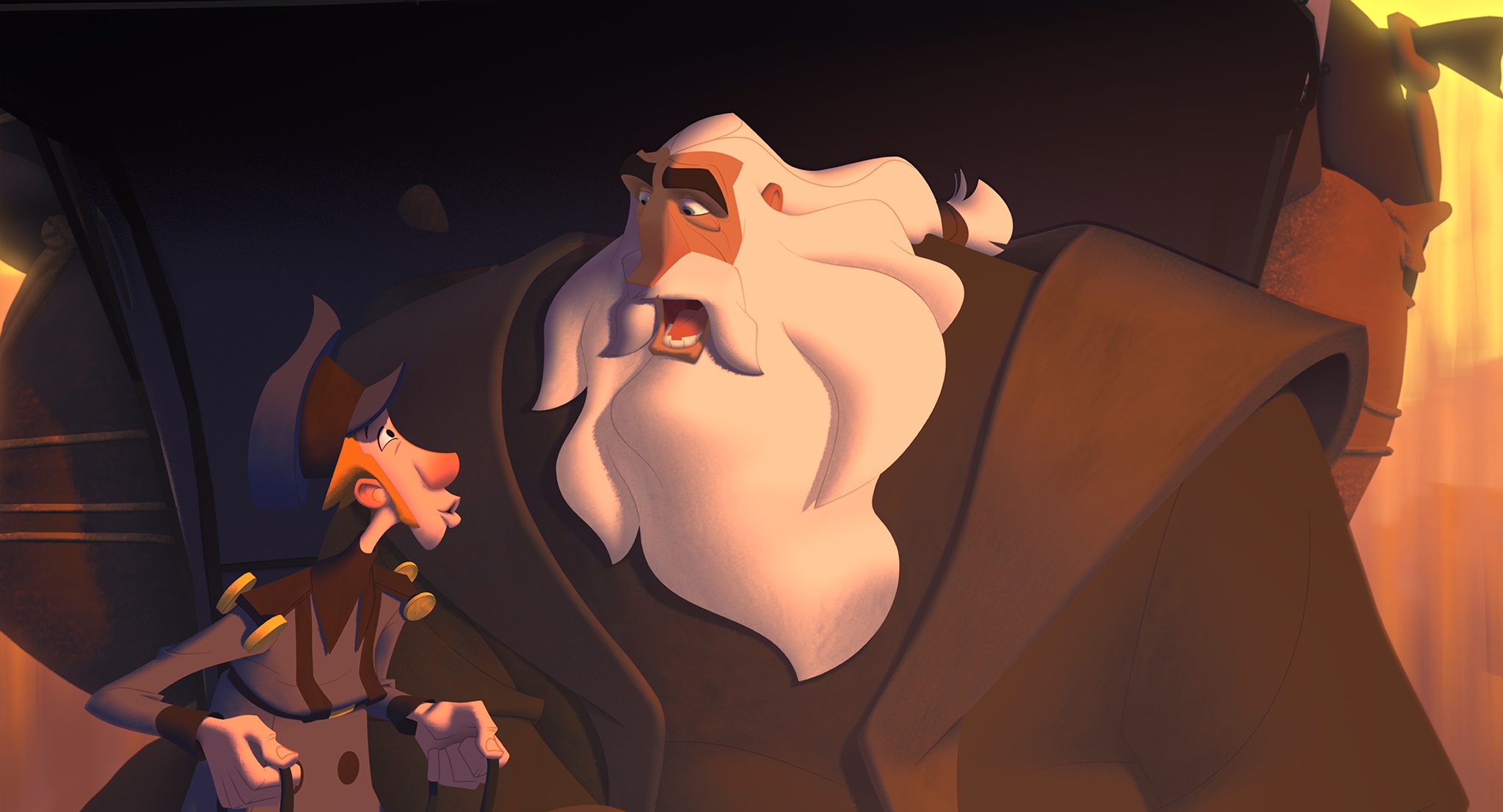 Thus, “Klaus” breaks the mold of hand-drawn as a more graphic and illustrative experiment, with a sculptured, modern look, and containing no model building or virtual lighting that you would see in mainstream CG.

For Simmons, playing Klaus offered an appealing journey on multiple levels, including the Machiavellian setup for this holiday-themed buddy comedy: “Klaus is not a happy guy,” he said. “He’s a pretty miserable hermit who doesn’t mind the fact that everybody’s scared to bother him, as he’s keeping to himself and steeped in his own misery. Sounds like a lovely holiday movie, doesn’t it?”

“J.K. Simmons immediately seemed to be the right choice to voice him, with his incredible range and instant likeability,” added Pablos. “But we were still shocked and amazed when we heard his performance in the first recording session. He would often land the lines on the first take, and had everyone in the booth in tears during the most emotional takes.”

A work-in-progress presentation of “Klaus” will screen at the third annual Animation Is Film Festival (Oct. 18-20 at the TCL Chinese Theater), which will close with the West Coast premiere of Jeremy Clapin’s “I Lost My Body.”

This Article is related to: Film and tagged Animation, Direct, Klaus, Netflix, Oscars