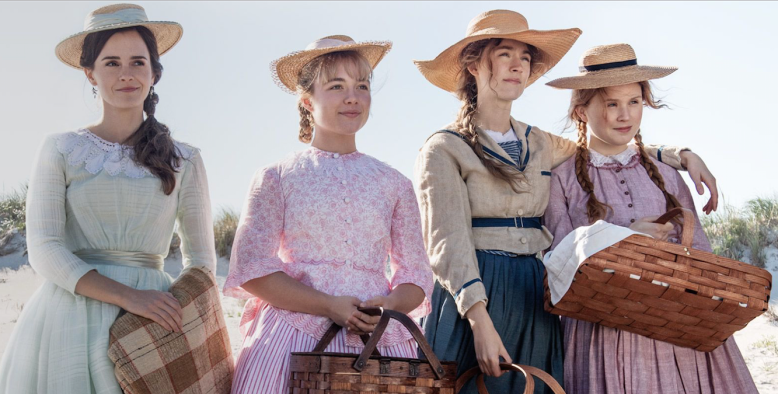 As one of the last Oscar contenders left to screen, all eyes have been on Greta Gerwig’s “Little Women” to see just how big of an impact the ensemble drama will have on this year’s awards race. Sony has finally unveiled the “Lady Bird” director’s star-studded adaptation of Louisa May Alcott’s 1868 novel of the same name, with an outpouring of strong first reactions on social media suggesting the new “Little Women” might have what it takes to land several Oscar nominations.

While the novel has been adapted numerous times for the big and small screen, Gillian Armstrong’s 1994 film, considered a classic version of the story, previously landed three Oscar nominations: Best Actress, Best Costume Design, and Best Original Score. It appears Gerwig’s new movie is a strong contender in these races and more.

Following the Los Angeles screening of “Little Women,” Variety’s awards writer Jenelle Riley made a prediction that “Saoirse Ronan is going to land her fourth Academy Award nomination for ‘Little Women’ at the age of 25.” Ronan was the star of Gerwig’s “Lady Bird” and was Oscar nominated for that role. Support for Ronan was widespread, with Awards Circuit’s Clayton Davis writing, “Saoirse Ronan makes all this look easy, once again proves she is one of our most gifted actresses working.”

Gerwig’s “Little Women” script takes a new approach to Alcott’s novel, breaking up her linear story to start the film when the main characters are adults. The film incorporates flashbacks and tells the story of the older and younger March sisters simultaneously. The first reactions have largely praised Gerwig’s narrative gamble.

“Gerwig makes this material her own in delightful ways you’d expect and some adult-meditation-on-childhood ways I didn’t,” IndieWire’s Chris O’Falt writes. “So rewarding to see the ease with which she paints on this canvas and that she (or any director these days) was given it.”

Sony is opening “Little Women” in theaters on Christmas Day. Check out the handful of first reactions below.

#LittleWomen: Gerwig makes this material her own in delightful ways you’d expect and some adult-meditation-on-childhood ways I didn’t. So rewarding to see the ease with which she paints on this canvas and that she (or any director these days) was given it.

The reaction to LITTLE WOMEN at an overflow screening at the Directors Guild is just crazy, wonderfully insane. Greta Gerwig is a goddamn rock star.

For my money, the MVP in LITTLE WOMEN is Florence Pugh. Hot off of MIDSOMMAR, Pugh is having a great year, and she’s hilarious and winning as Amy, the character best served by Gerwig’s structural gambits.

Saoirse Ronan is going to land her fourth Academy Award nomination for #LittleWomen at the age of 25. In related news, I needed a two-hour nap today after stubbing my toe.

Based on additional discussions with screening attendees, #LittleWomen sounds like a strong #Oscars Best Adapted Screenplay contender, many telling me Gerwig was faithful to source material but added her own unique twist on things, also Pugh & @RealChalamet praised for supporting pic.twitter.com/Qt9n8j1Dvu

Jo’s lines in #LittleWomen resonate w me completely differently now as a 33 yr old single writer. Wanting to remain independent but wanting to be loved. Greta’s take on the story made me connect w Jo in a way I never had. As a girl, I just thought she was crazy to reject Laurie.

LITTLE WOMEN is charming just like the novel/prior versions. Each role perfectly cast. Rousing score. Timely as ever. Hard not to cheer. Greta says at q&a, “As a girl who wanted to be a writer, Jo March was my north star.” We’ll see as far as Oscars—nice to have an upbeat option. pic.twitter.com/WUDmtJwjd8

The last three Best Picture winners—MOONLIGHT, THE SHAPE OF WATER, GREEN BOOK—end happily and portrayed the world as ultimately hopeful.

Greta Gerwig’s LITTLE WOMEN is the first movie of the year that does just that. So…front runner? (It’s inventive and wonderful.)

So I’ve seen Little Women twice now and it’s one of my very favorite movies of the year. Greta Gerwig delivers a both passionately faithful and gorgeously original take. Saoirse is a fierce Jo, Chalamet/Dern/Streep esp are great in support, and Florence Pugh is astonishing.

Greta Gerwig’s @LittleWomen is wonderful. A loving, meticulously-crafted adaptation that exceeded my expectations. Heartfelt, moving and a terrific showcase for its extremely talented cast and beloved source material. pic.twitter.com/NwcMmnx9Pg

Saoirse Ronan makes all this look easy, once again proves, she is one of our most gifted actresses working.

Alexandre Desplat’s musical score is undoubtedly not just one of the best compositions of the year, but one of the crowning achievements of his career. #LittleWomenMovie