The star of Netflix's "The Politician" looks back on a rocky production that eventually paid off. 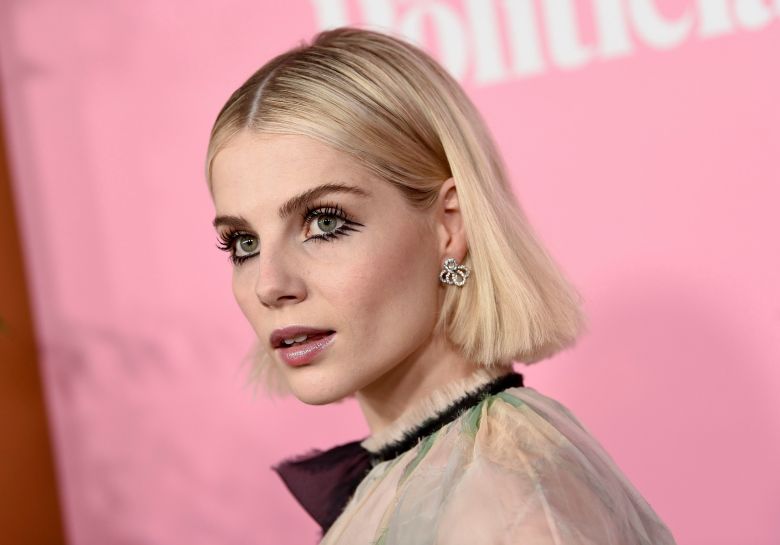 It’s been nearly eight months since “Bohemian Rhapsody” racked up four Oscars at the 2019 Academy Awards — losing out on Best Picture to “Green Book.” It’s hard to say which of the two controversial films winning Hollywood’s top prize would have angered more people — though the four wins for “Bohemian Rhapsody” were perplexing enough for many. (Especially its head-scratching win for best editing.) From defending the movie’s take on Freddie Mercury’s sexuality to weathering the removal of director Bryan Singer, breakout star Lucy Boynton was put through her paces promoting the blockbuster biopic about the late “Queen” frontman, which was mired in controversy long before the Oscars.

“It’s hard, because the further away you get from it, the more [certain] moments stand out and then everything [else] all kind of blurs,” Boynton said during a recent interview. “So I can’t see it as clearly as I did when we were actually filming, and kind of feel what it was like then.”

Though 20th Century Fox could not legally remove Bryan Singer’s name from the project, the director was fired from the project amid sexual assault allegations, as well as reports of missed shooting days, “erratic” behavior on set, and butting heads with star Rami Malek. While Boynton remains focused on the positives of the experience, she did allude to Singer’s behavior.

“More and more, that whole film experience is colored by the cast and those people that we’re all still in touch with,” she said. “I mean, the fact that we have full ‘Bohemian Rhapsody’ reunions — minus one — as frequently as we do speaks volumes, for the material that everyone believed in so authentically, everything that everyone put into it, and that it was a coming together of those people and that cast. I’m so deeply nostalgic for the beginning of this year and for that time — not so much for the filming — but that shared experience with those humans.”

Once Singer was officially removed, producer and director Dexter Fletcher stepped in to complete the project. Despite the repetitive and visually confusing shots (leading at least one person to call the film a “masterclass in bad editing”), Boynton had nothing but praise for the way the film finally came together.

“Dexter Fletcher and Denis O’Sullivan were in the editing room, thankfully, and those people I trust with my work absolutely, undeniably,” Boynton said. “Had it been slightly different, it would have been different. But most of my stuff was directed by Dexter. And Dennis O’Sullivan…kept such an open dialogue with us while editing that I had never experienced before. It felt [like] a collaborative process, and nothing was being hidden or taken from anyone.”

The unconventional process meant Malek played a role in the editing process. “[Fletcher] and Rami were in conversation the most, and Rami would definitely weigh in,” she said. “[Fletcher] kept us abreast of what was changing and why, or how they felt the tone of a scene was coming out more than they thought. When we went to do pickups, there were no surprises. We all had a very uniform understanding of what was happening and why — and that is really rare.”

Her rocky blockbuster debut isn’t slowing her career one bit. The British actress can currently be seen in Ryan Murphy’s new Netflix show “The Politician,” the arch political satire starring Ben Platt, Jessica Lange, and Zoey Deutch. As for her relationship with Malek (the two began dating while shooting and have been an item since), Boynton is eager to keep her personal life separate from her professional life — at least for now.

“I don’t think so,” she said, when asked if she had plans to work her Malek again. “Maybe one day. I mean, I’d love to direct him in something one day. But it’s hard enough right now to keep those worlds separate, so I wouldn’t mind a bit more time doing that.” (On her way into the elevator, she doubled back to clarify that she didn’t mean she would never work with him again.)