Farrow's "Catch and Kill" includes wrenching details from the former NBC employee who accused Lauer of rape at the 2014 Sochi Olympics. 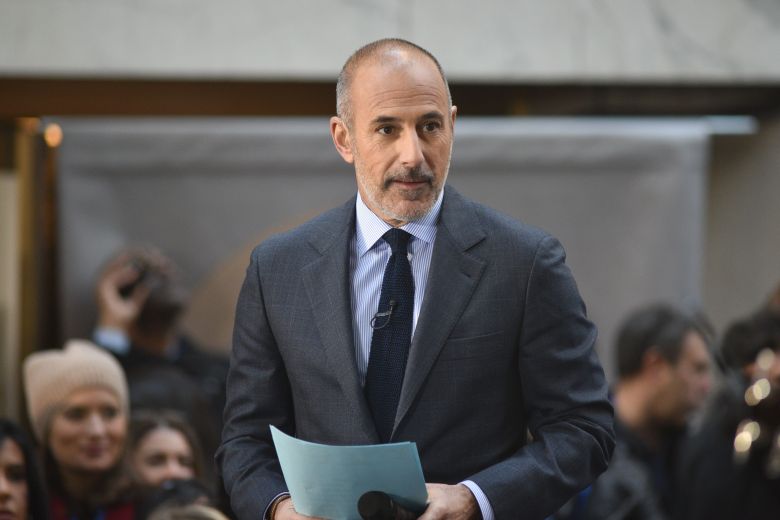 [UPDATE: Since publishing the below story, Matt Lauer has issued a lengthy response denying the accusations. You can read his full response at Variety.]

When former NBC anchor Matt Lauer was fired from the network and his gig on “Today” in November 2017, a widely circulated memo from NBC brass owed the sacking to alleged “inappropriate sexual behavior” that had been reported by another NBC employee mere hours before. In the days that followed, more details were revealed about Lauer’s alleged misdeeds, running the gamut from gifting sex toys to colleagues to exposing himself to another staffer.

Yet the original complaint, which alleged that Lauer behaved inappropriately towards towards a fellow NBC employee in a sexual manner for several months, starting at the Sochi Olympics in 2014, remained mostly vague in the weeks that followed.

Ronan Farrow’s upcoming book “Catch and Kill,” which mostly focuses on his investigation of Harvey Weinstein, also includes new details about Lauer’s alleged misconduct, including an interview with Lauer’s original accuser herself. Variety reports that the “most explosive interview in the book is with Brooke Nevils, the former NBC News employee” whose complaint against Lauer was directly referred to in the original firing memo. Farrow’s interview with Nevils, however, paints a picture that goes far beyond acts of “inappropriate sexual behavior” and alleges that the network long knew about the complaints against Lauer.

Per Variety, in “Catch and Kill,” Nevils “alleges that at the 2014 Sochi Olympics, Lauer anally raped her in his hotel room.” At the time, Nevils was working with former “Today” co-anchor Meredith Vieira on Olympics coverage and, “one night over drinks with Vieira at the hotel bar where the NBC News team was staying, they ran into Lauer, who joined them. At the end of the night, Nevils, who’d had six shots of vodka, ended up going to Lauer’s hotel room twice — once to retrieve her press credential, which Lauer had taken as a joke, and the second time because he invited her back.”

After the alleged rape in Sochi, Nevils told Farrow she had more sexual encounters with Lauer. Farrow writes in the book, “What is not in dispute is that Nevils, like several of the women I’d spoken to, had further sexual encounters with the man she said assaulted her.” Nevils told Farrow, “This is what I blame myself most for. It was completely transactional. It was not a relationship.”

In the months that followed, Nevils alleged she told multiple people at NBC about what had happened with Lauer, despite being afraid of the control she perceived the high-powered NBC anchor had over her young career. Nevils told Farrow that there were no repercussions for Lauer, despite her repeated telling of the story, until the fall of 2017 when “the post-Harvey Weinstein reckoning led former ‘Today’ colleagues to ask her about Lauer.”

After telling a “distraught” Vieira about the incident, the former anchor encouraged Nevils to officially go to NBC Universal human resources with her allegations. Lauer was fired soon after. Variety adds that, “though Nevils had been promised anonymity by human resources, [chairman of NBC News and MSNBC Andrew] Lack saying internally that the encounter had happened at Sochi limited the possibilities of complainants — and soon, everyone knew it was Nevils.”

Nevils went on medical leave in 2018, and despite telling Farrow she was not interested in a payout, was given a seven figure deal to leave the network.

Variety also shares that sources at NBC News say they haven’t read the book yet (and they’ve not responded to the outlet’s request for comment), “but they plan to defend the company’s decisions against Farrow’s claims.”

You can read more over on Variety. Farrow’s book will be released on October 15.