“Nancy Drew” is more mature than its source material, and is more grounded in reality than its CW sibling "Riverdale.” 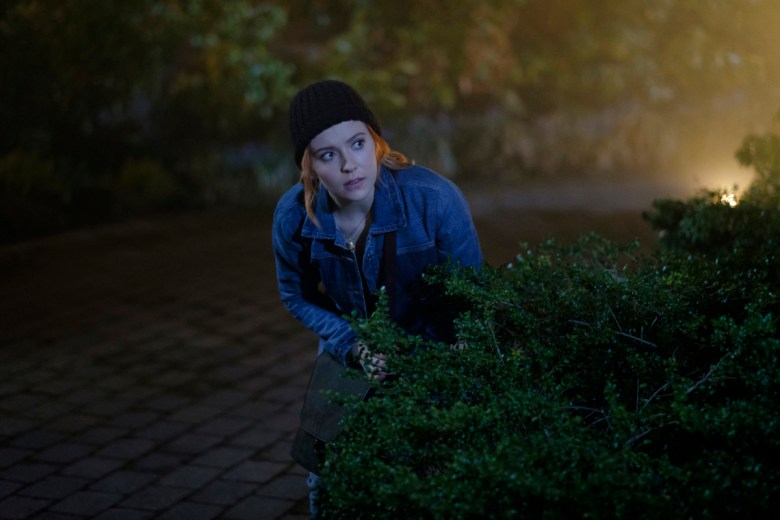 The CW is currently most well-known for two things: Greg Berlanti’s supreme network dominance in the form of DC Comics superhero shows and “Riverdale.” The latter, also known as “Hot Archie Who Fucks,” has been a runaway hit for the network, with its powers (in terms of viewership and in finding middle-aged men to fight Archie Andrews) only growing stronger every time a new season hits Netflix after the broadcast airing. So the pairing of “Riverdale” and the new mysterious show on the block “Nancy Drew” — aka “Nancy Drew Who Fucks” — is arguably a brilliant choice for the network, a no-brainer. Dark reimaginings of the squeakiest of clean, youth-oriented stories make perfect sense working together to the common goal of ratings success.

But the pairing of “Riverdale” and “Nancy Drew” is also a potentially dangerous choice, specifically when it comes to the presentation of the latter. Because while there are literal ghosts and supernatural elements at play in Nancy Drew — unlike in “Riverdale,” which constantly teases the possibility of the supernatural but pulls away, in favor of somehow even more absurd options — based on the first two episodes which were available for review, it’s far more grounded in reality than “Riverdale” ever was. And “Riverdale” is going into its fourth season of camp and full-blown insanity while “Nancy Drew” is just about to get its sea legs, taking place in a small fishing town that, while full of superstitions and ghost stories, still resembles a reality that looks like our own in a way “Riverdale” never has and has never attempted. While “Nancy Drew” certainly has a darker, more mature twist than it’s source material, it’s nowhere near the same ballpark as “Riverdale.”

Which is perhaps the most important thing to realize before diving into the new series. Developed by producing duo Josh Schwartz and Stephanie Savage (“The O.C.,” “Gossip Girl,” “Runaways,” “Looking For Alaska”) and Noga Landau (“The Magicians”), Nancy Drew stars Kennedy McMann as the titular Nancy, now 18 years old and in a bad place in her life following the death of her mom (Sara Canning). That tragedy leads to Nancy giving up her hobby of being a teen detective, as well as her focus on her schoolwork — so when we meet Nancy a year later, she’s a townie (in Horseshoe Bay, Maine) still living at home with her father Carson Drew (Scott Wolf), having meaningless sex with a mechanic named Ned “Nick” Nickerson (Tunji Kasim), and working as a waitress as a local diner called The Claw.

The Claw is where we meet the other characters that Nancy is stuck with by circumstance: George (Leah Lewis), Nancy’s wrong side of the tracks manager who’s held a grudge against Nancy since high school; Ace (Alex Saxon), the spaced-out stoner dishwasher; and Bess (Maddison Jaizani), the sheltered rich girl-turned-waitress “taking a gap year from life in the city.” While Nancy is quick to note that they’re not friends, they’re all brought together once they become suspects in the murder of Tiffany Hudson, wife of Horseshoe Bay’s shady rich summer resident, Ryan Hudson (Riley Smith).

But it’s not just the murder of Tiffany Hudson that Nancy (and the team, who insist on making it a team) has to solve; there’s also the 2000 murder of Lucy “Dead Lucy” Sable, Horseshoe Bay’s “most infamous Sea Queen,” who is most likely haunting Nancy and the entire town. Actually, it’s not even “most likely” — the supernatural elements in “Nancy Drew” are 100% real. That, more than “This. Nancy Drew. Has. Sex.,” is the real modern twist of the series. (The sex aspect of Nancy’s character is honestly treated with respect, not so much to titillate as it is to acknowledge that an 18-year-old girl can and will engage in sex.) And it works as that one thing this series really needs to stand out, especially since “Veronica Mars” already stole its thunder as “dark Nancy Drew” with the more grounded neo-noir twist.

But while this series goes forth as a supernatural thriller approach to the Nancy Drew story, it doesn’t go overboard with the supernatural element, realizing that less is more in this type of story. In fact, a character brings up “Jaws” early in the pilot — one of the ultimate examples of less is more. And while Nancy is a pragmatic skeptic, the series smartly allows her to open her mind to the very real possibility that something otherworldly is happening.

The series is also smart not to make the predominant focus of Nancy’s story your standard “Just when I thought I was out, they pull me back in!” trope. It’s actually impressive just how short-lived Nancy’s reluctance to get back into detective mode is, especially when The CW (and The WB before it) probably has the longest list of TV shows about special characters who “just want a normal life” than any other network. Yes, this Nancy is more jaded and frustrated with the hand life’s dealt her, but she’s not completely disillusioned by and bitter from the world — which is also a fine distinction between this character and Veronica Mars.

McMann’s Nancy Drew is quite likable early on, save for the character’s obvious flaws and immature reactions to certain things. It also brings the Nancy Drew character’s propensity for breaking and entering and trespassing into a new light, as the series acknowledges it’s a whole different game when you’re a precocious child wandering and picking locks than when you’re a legal adult doing the same thing to clear yourself of murder.

And that is also part of why hardcore fans of the Nancy Drew novels actually might get a kick out of the series. Especially as there enough references and Easter Eggs to suggest that, while Nancy may have grown up, the Nancy they knew and loved isn’t completely gone. The pilot alone has at references to at least a dozen Nancy Drew books, and the second episode reveals how Nancy’s “kid detective” past will allow her to call in favors in the present.

Other than the predictable scandalous secret affair — as opposed to the series’ other secret affair — the weakest aspect about the pilot is that it introduces these major characters simply as their stock characters, even acknowledged when the police chief calls them “town screw-up,” “ex-con,” and “city girl,” because it is an issue that is almost immediately rectified in Episode 2. (Episode 2 also has a character be self-aware about the predictability of their secret affair, which almost makes it retroactively better.)

It’s one of those instances where the months between filming a pilot and the next episode is absolutely apparent, as first impressions go a long way, but for “Nancy Drew,” the second impressions are the ones that really matter. The exceptions are Nancy — who is fully-formed right out the gate — and her love interest Nick, who ends up relegated to role of significant other who says simply says “be careful” a lot. The series actually has its genuine reasons for this shift, but that doesn’t stop it from hurting the character while the rest look better. In fact, Alex Saxon’s Ace comes off looking the best in the transition from the pilot to the second episode, as he goes from the type of one-dimensional character who thinks wearing a girl down is a way to charm her — somehow this is still tolerated in a television show in 2019 — to the type of charming, genuinely friendly character that will make you want to root for him to get the girl. It’s this kind of role Saxon is best known for from his roles in shows like “The Fosters” and “Finding Carter.”

Of course, with Nancy Drew on the case, everyone is a suspect, so maybe don’t get too attached to any one character. Since everything is as grounded in reality (instead of camp) as it can be, even the most obvious suspects are most likely red herrings. Every line reading by Scott Wolf, for example, suggests he is guilty of possibly every bad thing that’s ever happened in Horseshoe Bay, as he comes across as someone pretending to be perfect to hide the truth, even when he’s seemingly telling the truth — so he’s probably innocent. Or maybe he’s not.

Stylistically, Larry Teng’s direction in the pilot informs the sleepy beach town look of the series. Based on the first two episodes, “Nancy Drew” seems more dedicated to staying with a singular style than playing around with anything of the sort. Truly, take one part “I Know What You Did Last Summer,” one part the points in “Riverdale” where it teases supernatural elements (and in this case, actually make them more than a tease), a large part the franchise-redefining “Scooby-Doo! Mystery Incorporated,” and another part Schwartz teen drama, and you have this iteration of Nancy Drew.

The other part that will most likely be integral to “Nancy Drew” is its life on Netflix after the season airs, because like “Riverdale”, its mystery component — which will hopefully be more coherent — is the type of thing that can make it perfect for binge-watching purposes. Especially since the leap in quality, particularly in the case of characterization, between the pilot and second episode is so apparent that it’s difficult not to want to at least continue the season after the second episode.