The Netflix series culminates in a fight scene between Rudd’s Miles and Rudd’s New Miles. 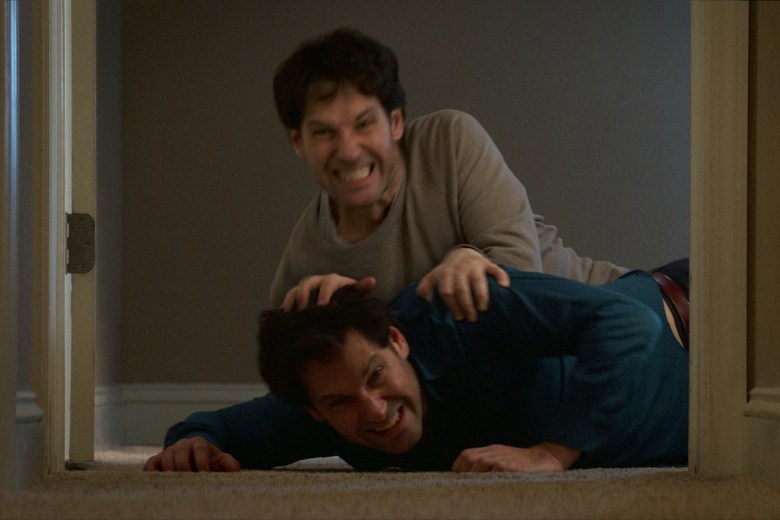 For a lot of people, Netflix’s “Living With Yourself” has turned the perfect dream into the perfect live-action reality: Two Paul Rudds, no waiting. The series — about a sad sack named Miles Elliot (Rudd), who undergoes a mysterious spa treatment and comes out the other side with a superior version of himself (Rudd) — has brought the A-list actor to the small screen once more in a starring role, this time with double the Rudd, double the fun.

Only, for both Miles and New Miles, this isn’t fun or a dream: It’s an absolute nightmare, one that culminates in a fight scene between Rudd’s Miles and Rudd’s New Miles in the season finale.

Vulture recently spoke with series creator Timothy Greenberg, Rudd, co-directors Jonathan Dayton and Valerie Faris, and stage and screen choreographers the Kuperman brothers about how exactly that fight came to be, from the inevitable nature of the scene to the technical components that went into making it.

“You always kind of know they’re probably gonna fight at some point. Like anything, you want it to be inevitable but unexpected,” Greenberg told Vulture. “I think the reasons why they’re fighting now and how it comes to be are, hopefully, unexpected and much richer than they would have been had they had a fight at the beginning.”

Noting that the script itself didn’t have much by way of fight specifics, Greenberg admittedly got inspiration from “Fight Club.” Sort of. Specifically a drunken, ill-advised attempt at recreating “Fight Club” during his college days.

To make the fight more original, Dayton and Faris enlisted the help of Rick and Jeff Kuperman—surprisingly not twins—third-degree black belts in Kenpo Karate, as well as choreographers and directors. The Kuperman brothers filmed a demo tape of what the fight should look like, especially for two characters who, except for a few physical tweaks, are still very much the same person. “These two guys have the exact same instincts as one another and the exact same strengths and the exact same lack of training as well,” said Rick, while Jeff compared it to “two brothers just going at it.”

The fight scene apparently took four days to shoot, with seven people actively involved in the filming of the scene: Rudd, the Kupermans, a stunt-man, two stand-ins, and someone to feed Rudd lines to react to via earwig. “The feeling that I had really towards all of them, besides being thrown that they were all dressed like me,” Rudd told Vulture, “was just gratitude toward everybody.”

Greenberg also spoke to Vulture about Rudd’s uncanny ability at playing the dual roles throughout the entire season:

“Early on, long before he got on set or maybe before we even cast him, we were always worried about, well, are we going to have to resort to tricks to tell them apart?” he said. “But you know which character it is. Even once this is New Miles trying to be Old Miles, he still feels like New Miles acting like Old Miles. He could manage that kind of 3-D chess of all those performances.”

Netflix has also released a behind-the-scenes featurette on the fight scene, which you can watch below:

This Article is related to: Television and tagged living with yourself, Netflix, Paul Rudd, TV News