He says Netflix is essential — for cultural conversations, for cinephiles searching for movies studios don't make anymore, for the masses seeking to be entertained. 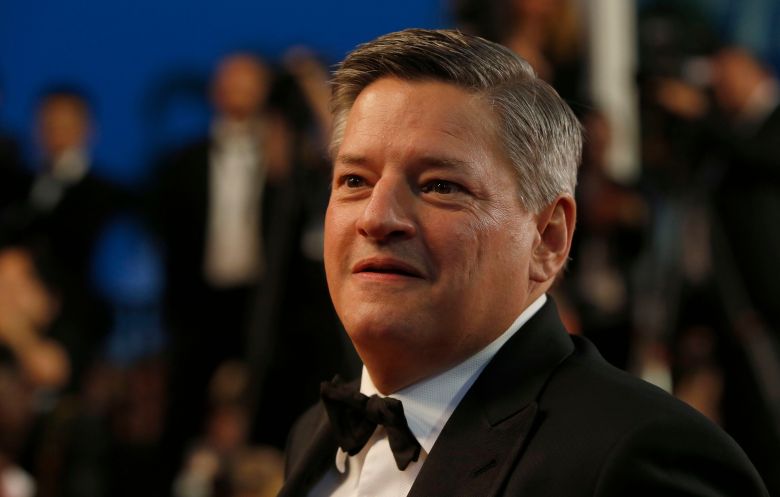 Netflix will soon be faced with competition from lower-priced rivals offering tantalizing content: Apple TV+ will be $5 a month, or free for a year if you buy an iPhone. The franchise-packed Disney+ will cost $7, or you can bundle your subscription with ESPN+ and Hulu for just $13 total — the same as Netflix’s standard plan. But if you ask the streaming giant’s content chief Ted Sarandos, Netflix won’t need to cut prices in the face of new competition because it simply offers the best value of all.

Sarandos laid out his case Wednesday morning during an interview with Katie Couric at Vanity Fair’s New Establishment Summit in Los Angeles. And that case is that Netflix is essential — for anyone who wants to be part of cultural conversations, for cinephiles searching for the kinds of movies studios don’t make anymore, or the masses seeking to be entertained.

“It’s not about the price, it’s about the value,” he said. “If people are getting enough value relative to the price, they’re in.”

As one example, he pointed to “The Office” and “Friends,” two long-off-the-air network comedies that have found enormous viewership on Netflix. According to Nielsen, they were Netflix’s two most popular shows in 2018, when they accounted for 5.5% of total viewing minutes spent on the service.

The shows are now some of the most expensive assets being fought over in the burgeoning streaming war: “Friends” is leaving Netflix for HBO Max at a price tag of $425 million for five years and “The Office” is heading to NBCUniversal’s Peacock service for $500 million for the same length of time.

The series command such sky-high prices because people love them and watch them over and over again, giving subscribers a sense they’re getting good value from their Netflix subscription — their very market value stems from the popularity the series found once they were on Netflix, Sarandos said, pointing to the fact that both were in syndication long before they were available to stream. On Netflix, they’ve entered the zeitgeist for a new generation, providing fodder for the priceless internet currency of perfect reaction memes and sharable clips.

They’re taking #TheOffice off of Netflix in 2021 pic.twitter.com/LZLcG537jP

“Part of the enduring success is that those shows are on Netflix and people can watch them and engrain them with their lives,” he said. In essence, it wasn’t that “The Office” and “Friends” accrued $400 million+ pricetags by increasing in value on their own — but because they were on Netflix. The platform increased their popularity.

It was shows like “The Office” that helped Netflix build a subscriber base, which stands at 97.7 million worldwide. As studios and networks were focused squarely on producing first-run content for linear TV and movies for theatrical release, Netflix was eagerly buying up streaming rights as it gave people content the way they actually wanted to watch it. Not on a random channel at a random time, but at two, three, or four episodes at a time.

Sarandos and other Netflix execs knew that dynamic wouldn’t last long. But he’s surprised Disney, WarnerMedia, and others allowed it to happen for so long.

“When they were selling us their content years ago, I was kind of surprised every time,” he said. “I said ‘Some day, these guys are not going to sell us their programming and so we better get good at it.'”

“The primary driver of why they join and why they retain is having their favorite show on Netflix, which is increasingly original content,” Sarandos said.

The content boss is confident Netflix will fare well in the streaming wars because it’s ahead of the curve — today, it’s more “Stranger Things” and “Murder Mystery” that are keeping subscribers satisfied, he said.

Sarandos said Netflix is also ahead of its rivals internationally: Next year the service will offer 130 local-language series like the Spanish “La Casa de Papel” and Japan’s “The Naked Director.” He pointed out that for many tech companies domestic sales represent just 20% of their business.

Netflix is also continuing it’s push into film as a way to get audiences excited about the service’s movie offerings.

“What we realized when we were licensing movies from other people, that long window from the time a movie’s in a theater to when you can watch it at home was so long people would lose interest in the film,” Sarandos said. “It was very passive kind of watching, because you got the people who didn’t care enough about the movie to go see it.”

Compare that to this year’s Netflix originals slate, which includes buzzy titles like Martin Scorsese’s “The Irishman.” For many people, at home via Netflix will be their first change to watch the gangster epic.

Sarandos said that’s the kind of movie that couldn’t have been made using studio economics. In fact, no studio would touch it due to its 3 1/2 hour length — which would limit the number of daily showings, and therefore ticket sales — and the fact that the film’s de-aging technology was not ready until very recently.

“I think there are a lot of movies if you look at the traditional business model of putting it in the theaters and selling tickets and holding it and then selling it on DVD and then selling it to TV, there are a lot of movies you would not make under that scenario,” he said. “This opens up the world to a lot of movies that are very difficult to have a business model around. We can actually make them, fans can enjoy them, the artists can be compensated commensurate with a big box office hit and we can keep making them.”

This Article is related to: Film and tagged Disney Plus, Netflix, Streaming, Ted Sarandos