Brazilian distributor Pandora Filmes is at France's Lumière Film Festival seeking titles for its new initiative, Belas Artes, launching October 31. Its the first of its kind for the South American country. 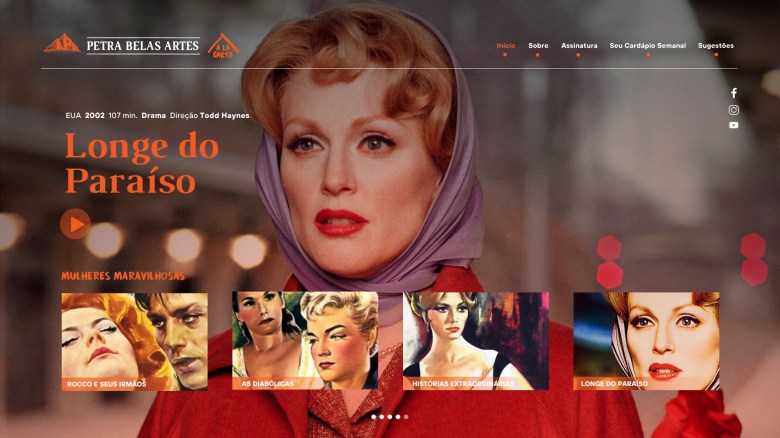 Another day, another streaming platform. As streaming giants the world over vie for international eyeballs — from Netflix to the upcoming Apple TV+ — one independent film distribution company in Brazil is looking to try something different.

Pandora Filmes, founded by filmmaker André Sturm in 1989 as Brazil’s first indie distributor of titles both foreign and domestic, as well as classic and contemporary arthouse movies, will launch Belas Artes on October 31, according to Variety. A first-of-its-kind for Brazil, the upcoming streaming platform will house classics from prominent directors, a la The Criterion Channel, plus cult favorites and recently released films. Though Pandora Filmes said that Belas Artes will focus on international films, the platform will serve as a home for Brazilian titles as well.

The announcement rises from a need, as identified by Pandora Filmes, for more international and independent films to be available for Brazilian audiences. Currently, Pandora operates the Petra Belas Artes theater in São Paulo, and has since 2004, exhibited first-run and repertory titles.

“When I started Pandora 30 years ago, there were no independent distributors in the country,” Sturm told Variety. “So, we could screen a very limited number of ‘arthouse’ films. Films honored in Cannes, Berlin and other Festivals did not arrive.”

At present, the theater is showing “Joker,” “Once Upon a Time in Hollywood,” and “Midsommar,” and will soon open “Parasite.” As the theater can only screen so many films, Pandora wanted to open more possibilities to Brazilian audiences — hence the streaming outfit. A leftover from stateside screens back in March, Neil Jordan’s Isabelle Huppert-starring “Greta” is also playing the Petra Belas Artes, along with Spanish-language titles.

Currently, Pandora is trawling France’s Lumière Film Festival for classic titles for the streaming platform. The Lumière offers a global showcase for recent restorations and retrospectives of classics.

“That’s the main reason of my trip to Lyon this year,” Pandora rep Juliana Brito told Variety. “We are looking for classic and cult films that are hard to find and watch these days. We’re preparing a very special catalogue and as we don’t have any streaming services like this in Brazil, with these kinds of films, we are very confident in our product!”

The price is just right, with a subscription set for $9.90 in Brazilian real, which comes out to a cool $2.50 in U.S. dollars per month.

IndieWire has reached out to Pandora Filmes for further comment.

This Article is related to: Film and tagged Brazil, Lumiere Festival