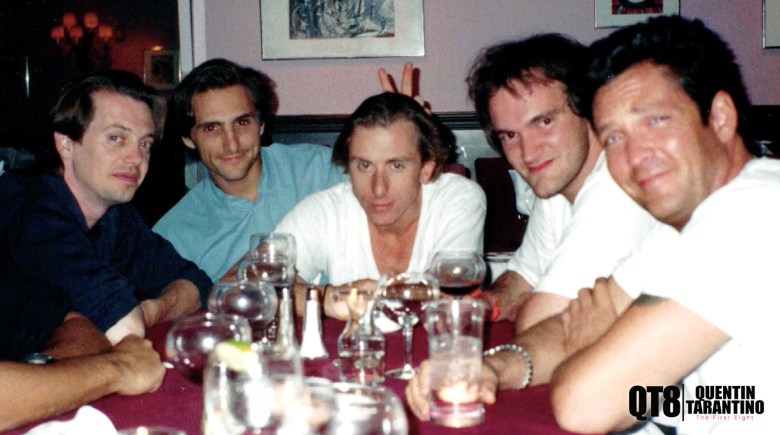 You know you’ve made it as a filmmaker when they’re making films about you. After a big year bolstered by the release of his already-beloved awards contender “Once Upon a Time in Hollywood,” Quentin Tarantino has now become the subject of yet another film. Tara Wood tackles QT’s filmography, legacy, and influence in the wide-ranging “QT8: The First Eight,” which (appropriately enough) digs into the first eight films made by the American auteur.

Per the film’s official synopsis, it will take audiences “on a journey through the first 8 wildly divergent films that Tarantino has helmed, narrated by the actors and collaborators who have worked with him. From ‘Reservoir Dogs’ through ‘The Hateful Eight,’ from the video store to the fall of Harvey Weinstein, QT8 digs deep into the story of the most important and controversial filmmaker of our time.”

The film’s zippy first trailer hints at some of the secrets and revelations to come, along with plenty of nods to the future of Tarantino’s filmmaking (which he has long hinted would end after ten films, a concept that appears to be gently rebuffed by even his closest pals). While “Hollywood” is not examined in the film, “QT8” has plenty of material to plow through, from Tarantino’s early days in the industry (at least one interview subject recalls thinking he was just a big film geek), to the successful screenplays he was never able to direct, to the current period, which finds Tarantino hailed as perhaps the best filmmaker of his generation. It’s must-watch stuff for Tarantino fans, but cinephiles of all stripes should find something revelatory within it, too.