Other comedians, advocacy groups and even Castro's twin brother have commented on the sketch. 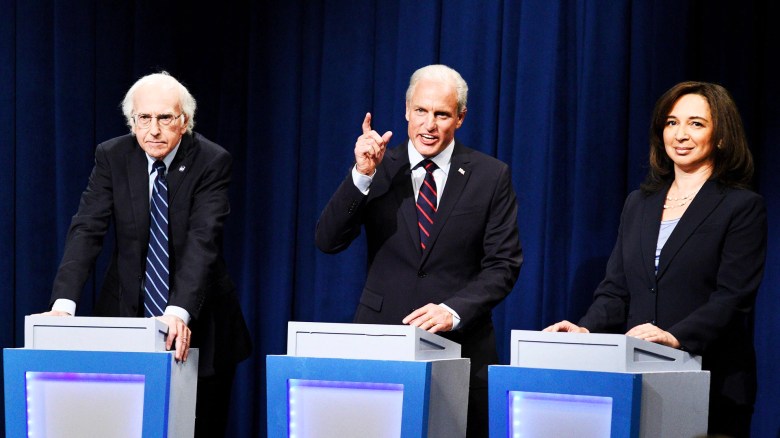 After the casting controversy leading into its current season, “Saturday Night Live” is now under fire for a lack of Latinx casting that was made even more apparent during its 45th season premiere.

The issue was highlighted by one of the series’ political sketches that excluded Democratic presidential candidates Julián Castro. The sketch in question featured impressions of nine of the other candidates (out of the full 19), with two of the candidates (Kamala Harris, Bernie Sanders) played by celebrity guests (Maya Rudolph, Larry David) instead of “SNL” cast members.

But the Castro omission was especially glaring as the sketch took up over 10 minutes of airtime, featured “SNL” co-head writer Colin Jost in a rare sketch appearance (as Mayor Pete Buttigieg, played by guest host Paul Rudd last season), and included a Marianne Williamson impression (from “SNL” newcomer Chloe Fineman), despite Williamson failing to qualify for the last Democratic presidential candidate debate.

It led to discussions on Twitter about “SNL’s” patterns of erasure from other comedians:

The erasure of Julian Castro on SNL last night and the constant confusion of the twins in news shows us the true problem of representation.

SNL refuses to admit brown people exist and the news media is supposed to report FACTS yet can’t make sure the correct twin is covered. 🤷🏽‍♀️

And from Latino Victory, a progressive political organization that’s endorsed Castro for president:

The erasure of Secretary @JulianCastro, the only Latino running for president, by SNL is completely unacceptable.

Now more than ever, representation matters.

We hope @nbcsnl finds a Latino, there are plenty out there, to play Secretary Castro.https://t.co/Sftl3gqtq0

And even prompted suggestions for who could have possibly played Castro:

It’s disappointing to see @nbcsnl erase @JulianCastro, the only Latino candidate in this race.

PS — We heard from @Vegalteno that @Lin_Manuel was ready to step into that role🕴🏽🕺🏽 pic.twitter.com/n57KFr9dGd

In a show of good humor, Julián Castro’s identical twin brother — Rep. Joaquin Castro (D-TX) — tweeted that he’d have no problem filling the role in the future:

Hi @nbcsnl, I’m available next time you need someone to play Julian Castro.

I get mistaken for that guy all the time. #SNL #Castro2020 https://t.co/NosvVtPZjL

Over the course of “SNL’s” 45-season tenure, there have only been three Latinx cast members: Horatio Sanz (1998-2006), Fred Armisen (2002-2013), and Melissa Villasenor (2016-present). Comedian, actor, and writer Julio Torres also currently serves as a writer for the series.

In terms of “SNL’s” larger diversity, just before this season began the show made headlines for casting its first-ever cast member of East Asian descent — Bowen Yang, who was hired as a writer for the series last season — at the same time it cast a stand-up comedian with a recent recorded history of making homophobic jokes and jokes containing racial slurs about Chinese-American people.

In past seasons of the show, it was not uncommon for cast members to play other ethnicities (or genders) to “make up” for the lack of representation. In recent years, however, while the series continues to come under fire for its oftentimes set-in-its-ways casting choices, it’s become at least somewhat more self-aware.

But the question remains if self-awareness matters for “SNL” when the follow-through isn’t quite there. Felix Sanchez, the co-founder and chairman of the National Hispanic Foundation for the Arts told NBC News, “Understandably any portrayal of a Latino by a non-Latino cast member is criticism the show would want to avoid. But without a Latino cast member, the show can’t portray a critical community and by not including a representation of Castro, the show is erasing his presence in the race.”