Speaking at New York Comic-Con, the director and executive producer of Apple's secretive original series also explained why he "avoided" television — until now. 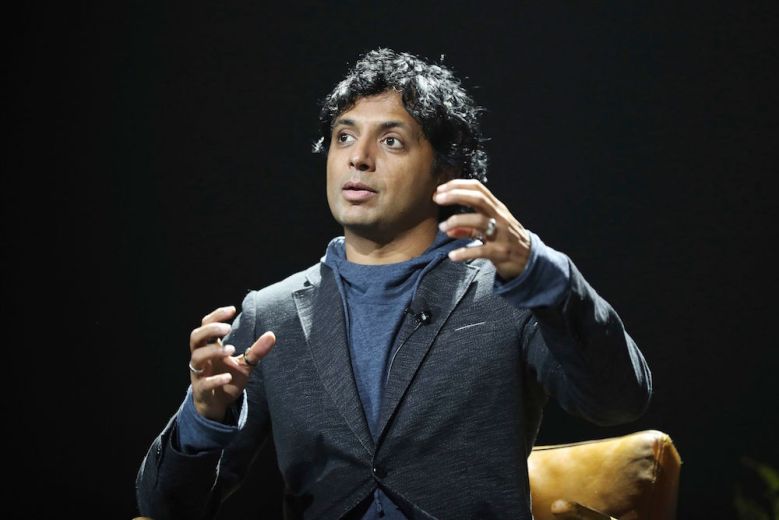 The trailer, which is not being released online for a few weeks, made the thriller’s premise clear: Dorothy (Lauren Ambrose) and Sean (Toby Kebbell) are a Philadelphia-based couple in mourning after the death of their baby. Their only way to cope is through what Shyamalan called a form of “fringe therapy”: pretending their baby is still alive by replacing her with a doll. While Sean goes along with it, he becomes more skeptical when they decide to hire a nanny, Leanne (Nell Tiger Free), to care for the doll.

“The idea [is] that a couple lost a child and they’re doing this fringe therapy with a doll — and this is actually a real fringe therapy — and it gets so extreme that the mother decides to hire a nanny to take care of the doll,” Shyamalan said after the trailer played for the crowd. “That premise is so tragic and weird and scary, but it’s also, oddly, inappropriately funny. […] It turns out that’s the tone I’m interested in, [like] ‘The Visit’ and “Split” — you’re scared and laughing at the same time.”

In the synopsis provided by Apple, the eponymous servant is described as a “mysterious force,” and the trailer plays up the idea that the couple doesn’t know everything about who they’ve invited into their home, but Leanne doesn’t know exactly what happened to the deceased child, either.

“It’s a fascinating, tragic character,” Ambrose said of Dorothy, the traumatized mother. “I knew it would be a lot of learning and an exploration of grief — learning what people would do with their grief. […] She expresses her grief in the most bananas ways. She takes it to a whole other level.”

In a teaser trailer released online Thursday night, the footage cuts between a live, moving baby and a doll before ending with a question: “What do you believe?” 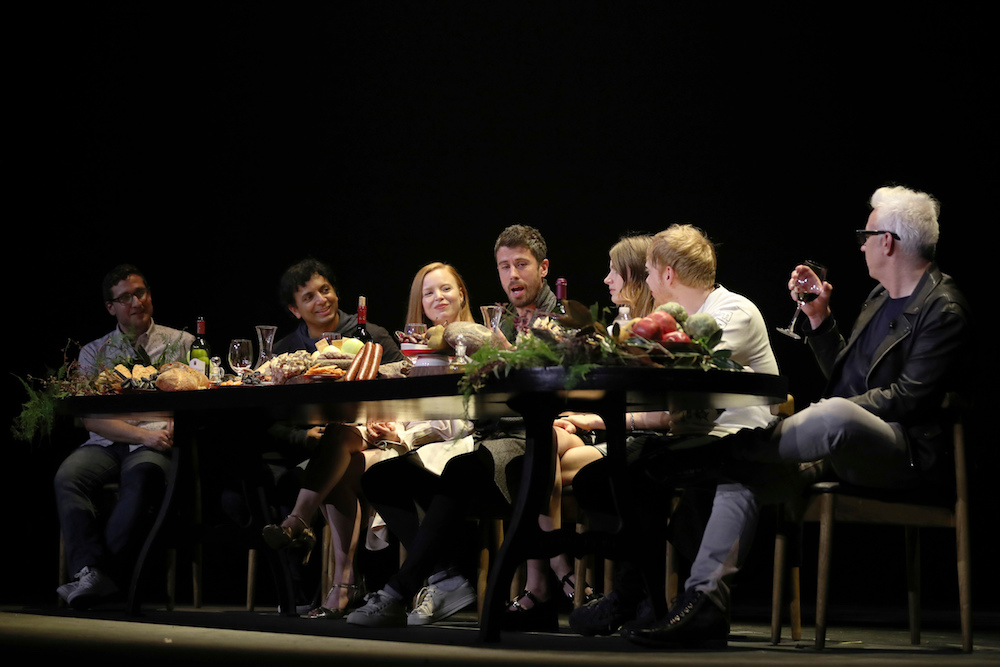 Shyamalan took part in a one-on-one discussion for the first 30 minutes before introducing his series creator, Tony Basgallop, and cast, including Ambrose, Kebbell, Tiger Free, and Rupert Grint. Anyone expecting to see a full episode — or even a few scenes — of “Servant” underestimated how much both parties love secrets. In that way, Shyamalan, who built his brand on big twists, is a perfect fit for the tight-lipped tech titan — but if the new streaming competitor can build a great TV show off of the film-focused storyteller remains to be seen.

Despite directing and producing the limited series “Wayward Pines” in 2015, Shyamalan said he had “avoided” serialized television because he feels the shooting constraints limit the story’s overall quality.

“The great thing about the format is it’s character-driven,” he said. “But the amount of content you have to deliver for the amount of time and resources [provided], the math just doesn’t work — which is why we can count on two hands every show that has gone from beginning to end with the same quality.”

Evidence to the contrary aside, Shyamalan’s “terrifying” feeling evaporated when Basgallop pitched him “Servant,” mainly because the episodes were told in half-hour increments and were set entirely in the couple’s house. “The thing that’s really unique about the show is that it never leaves one location,” Shyamalan said. “It has this play-like quality to it. So we got to focus on the writing, performances, and cinematography. Every shot is thought-out.”

Shot in Philadelphia and edited in Shyamalan’s own home there, the director of two episodes said he now considers “Servant’ “one of the most rewarding things I’ve ever done.” And that might be why he’s planning ahead.

“In my head, it’s 60 episodes,” Shyamalan said of how long he expects “Servant” to be. “This will be six seasons over six years.”

Now the world just has to see it, to see if they want more.