Brian Koppelman and David Levien are set to serve as executive producers and writers for the limited series. 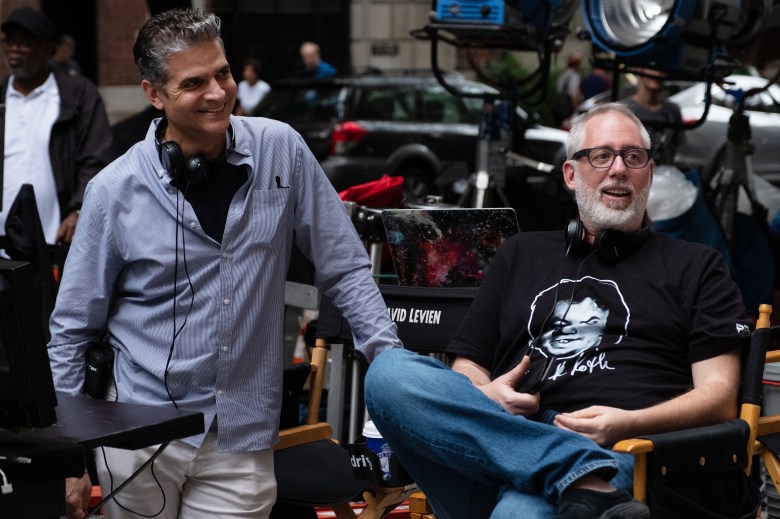 Gary Levine and Jana Winograde, Showtime Networks Inc. Presidents of Entertainment, announced on Wednesday that Showtime is developing a currently untitled limited series based on Mike Isaac’s tell-all book “Super Pumped: The Battle for Uber.” “Billions” showrunners and co-creators Brian Koppelman and David Levien are set to serve as executive producers and writers for the limited series under their overall deal at the cable network.

In a statement about the limited series, Showtime promised that it “will depict the roller-coaster ride of the upstart transportation company, embodying the highs and lows of Silicon Valley.” Specifically through the lens of the “marvel” and “cautionary tale” that is Uber.

Published just this past September, Isaac’s “Super Pumped”—a New York Times and Wall Street Journal bestseller—follows the rise and fall of ousted Uber CEO Travis Kalanick, from 2010 to the coup that ousted him in the summer of 2017. A real-life story filled to the brim with subterfuge, spying, bribery, and threats, Koppelman and Levien’s work on “Billions”—which is also returning for a fifth season at Showtime—makes this seem like a natural fit.

“The story of Uber is rich in plot twists, one-of-a-kind personalities and important implications for corporate America,” said Winograde. “It is a case study of ingenuity and insanity, and there are no writers better suited than Brian and David to explore this business and the people who drive it, literally and metaphorically.”

In his B+ review of Season 4 of “Billions” in March 2019, TV Deputy Editor and Critic Ben Travers employed another car metaphor and wrote: “Season 4 is still humming like a well-oiled Bentley, but its pedal is firmly pressed against the metal. The storytelling structure — the rhythmic dialogue, the careful parsing of telling similes, the crude humor juxtaposed by ostentatious locales — doesn’t change, yet its chewing up road quicker than one may expect, and there’s a confidence to each turn that makes you feel safe; like the driver can handle any consequence, be it paying the speeding ticket or walking away unscathed from their totaled wreck.”

Koppelman and Levien’s “Billions” has been renewed for a Season 5 at Showtime.