The Comedy Central animated series celebrated its 300th episode this week with a direct attack at China. 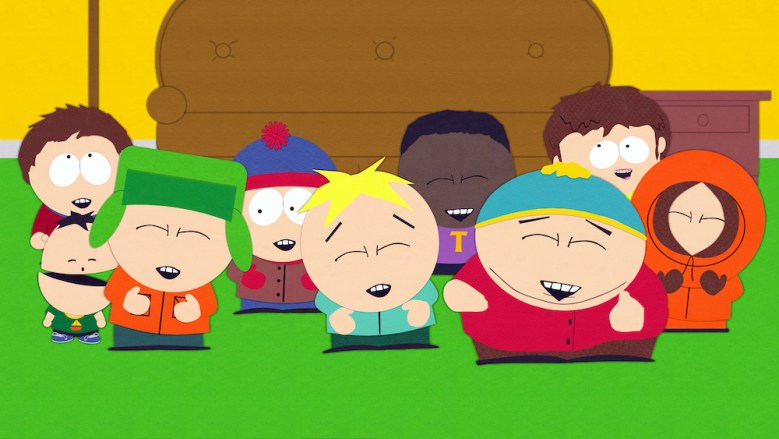 The battle between “South Park” and China escalated October 9 with the airing of the Comedy Central series’ landmark 300th episode. The episode “SHOTS!!!” was the third installment of “South Park” Season 23 and the first installment of the show to air after the series was banned in China. The previous episode, “Band in China,” featured criticisms of Chinese labor camps and of Hollywood’s dependency on China, leading the Chinese government to wipe “South Park” episodes from the internet and and any mention of the show off popular social media websites.

“South Park” co-creator Trey Parker wrote and directed “SHOTS!!” and reacted to the show’s China ban with a blunt attack: “Fuck the Chinese government.” The insult was said by Randy, who in the previous episode traveled to China in order to expand his weed business. Randy looks past human rights atrocities in order to maintain his business relationship with China, forcing his business partner Towelie to step forward and make him cut ties with China. Towelie forces Randy to disown China, prompting him to yell, “Fuck the Chinese government.”

“Band in China” featured two storylines that led to China banning “South Park.” One story followed a Hollywood producer trying to make a biopic about Stan’s metal band. The group members are told not to mention the Dalai Lama, homosexuality, or Winnie the Pooh so that the movie can make more money in China and not be censored or banned by the Chinese government. “We live in a time when the only movies that us American kids go see are the ones that are approved by China,” Stan is heard saying during the episode.

Randy’s weed business is the subject of the second storyline. As he’s traveling to China, Randy spots NBA players, Marvel superheroes, Google executives, and Disney princesses all on the same plane. Randy is caught with weed after he lands in China and is sent to a Chinese labor camp. Winnie the Pooh is spotted as a prisoner here. China has often censored “Winnie the Pooh” in the past because some people compare Chinese president Xi Jinping to the character.

China reacted to the “South Park” episode by scrubbing the show from existence. “South Park” does not air on Chinese television, but pirated versions of episodes have regularly circulated online. Clearly “South Park” creators Trey Parker and Matt Stone aren’t backing down to the ban so easily, and neither is Comedy Central. The official “South Park” Twitter account posted a gif of the “fuck the Chinese government” moment right after the episode aired.