When Alex Lewis woke up from a coma, he knew one thing: his twin brother's name. Ed Perkins' film follows what he needed to learn next, with shocking results. 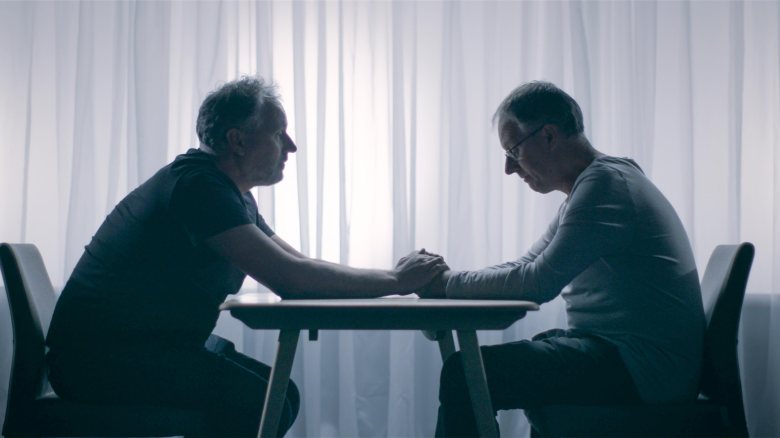 Alex Lewis was just a teenager when he endured a terrible motorcycle accident that put him in a coma and wiped his memory in the process. When he finally awoke, the young Brit knew only one thing: his twin brother’s name. He didn’t even know his own name, but he recognized his beloved sibling Marcus, and that was enough to help guide him back to apparent normalcy. Aided by his loving brother and an attentive mother (though, noticeably enough, a not-exactly-enthused father), Alex was able to reconstruct his life, from learning the basics like how to brush his teeth or ride a bike, to boning up on a seemingly happy family history, as explained by Marcus.

It wasn’t true. At least, it wasn’t true to Marcus, who strove to build a history for his brother that neatly cut away the bad stuff and allowed him the kind of happiness and freedom that Marcus, still cognizant of their family’s traumas, could not banish from his own life. Segmented into three acts, Ed Perkins’ documentary about the Lewis brothers, “Tell Me Who I Am,” unspools the secrets and lies that bind the two together over the course of decades. Eventually, of course, Marcus’ lies are revealed, but that’s only a small portion of a compelling and emotional story about familial bonds and the reach of trauma.

Per the film’s official synopsis, “When 18-year-old Alex Lewis wakes up from a coma after surviving a motorcycle accident, the world is not one he remembers. He has forgotten everything. His home. His parents. He can’t even remember his own name. The only thing he does know is that the person sitting next to him is his identical twin brother, Marcus. Alex relies on Marcus to give him his memory back; to tell him who he is. But the idyllic childhood Marcus paints for his twin conceals a dark family secret. Now, after decades of hiding the painful realities of their past, Alex and Marcus go on an extraordinary journey together to face the truth and finally discover who Alex really is.”

Directed by Academy Award nominee Perkins, the film is billed as “a heartbreaking and ultimately hopeful voyage that explores the blurred boundaries of memory and reality, and the emotional bonds that allow us to survive.” “Tell Me Who I Am” was an Official Selection of the 2019 Telluride Film Festival, recently screened at the BFI London Film Festival, and will next show at this month’s Hamptons International Film Festival.

Netflix will release the film on its global streaming platform on October 18. Check out the first trailer for “Tell Me Who I Am” here.

This Article is related to: Film and tagged Netflix, Tell Me Who I Am, Trailers