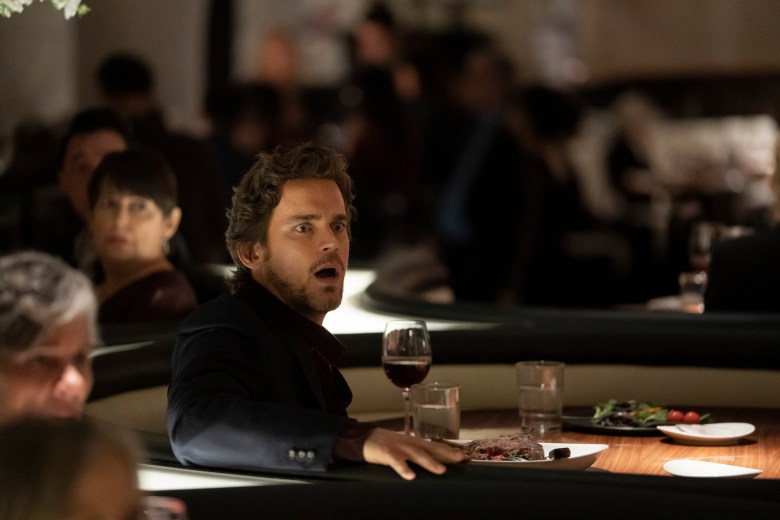 Matt Bomer in “The Sinner”

You can’t outrun your sins. Now more than ever, that is the theme of USA Network’s “The Sinner.” At least, they sure do lean on those words during the mysterious first official trailer for “The Sinner” Season 3

With this third installment of the critically-acclaimed hit anthology series, Bill Pullman reprises his role as truth-seeker Detective Harry Ambrose, with Matt Bomer and Chris Messina joining as the new leads for this bumpy ride. The first season featured Jessica Biel in an adaptation of Petra Hammesfahr’s novel, while the second anthology season pivoted to a new story starring Carrie Coon. Pullman remains the consistent thread in the anthology series, as the cop who works each case.

Set to premiere sometime in 2020, this season follows Detective Harry Ambrose (Pullman) as he begins a routine investigation of a tragic car accident in upstate New York. Ambrose uncovers a hidden crime that pulls him into the most dangerous and disturbing case of his career.

The trailer opens with a bloodied Jamie (Bomer), post-car accident; from that moment on, it’s a ticking clock until Det. Ambrose figures out the truth behind the collision… and whatever else school teacher and “local family man” Jamie is hiding. However, as much as people want to believe that there’s nothing at play here other than your standard car accident, the menacing Nick (Chris Messina) — from Jamie’s college days — arrives to serve as a reminder that nothing is really quite what it seems and… you can’t outrun your sins.

Check out the new trailer below.